Mikel Arteta has spoken of his sadness after discovering the huge impact that managing Newcastle and personal abuse had on Steve Bruce.

Bruce and Newcastle parted ways on Wednesday with the 60 year-old revealing how the strain the job and criticism placed on him and his family means he now might not return to management.

Arsenal manager Arteta said: ‘I was really sad after reading that statement from Steve. First of all because I know him personally and secondly with what he transmitted in his words.

‘You’re talking about somebody who has been in the game over 40 years as a player and manager, that has managed over 1000 games and he is telling you, with that experience, with that level of expertise that he has because you have [to have that] to sustain it at that level, that he struggles with that kind of situation.

‘So I think we have to reflect how we can’t take for granted and accept certain things because they are how they are.

‘No. We are here as well to improve them and change them like we do with any rules, with anything that we want to improve for our supporters, fans, stadiums, facilities, broadcast. 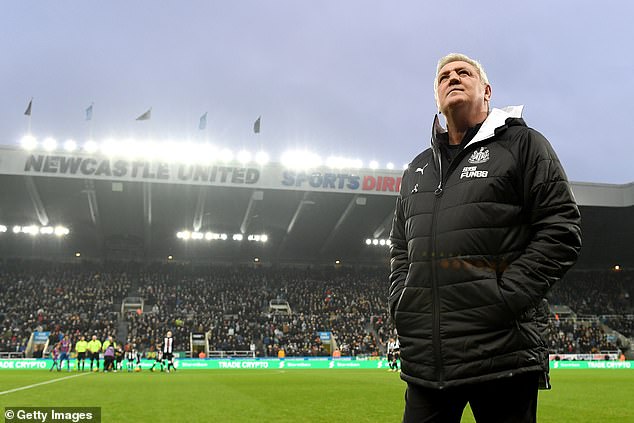 Bruce, 60, opened up on his anguish after receiving relentless personal abuse while in the job 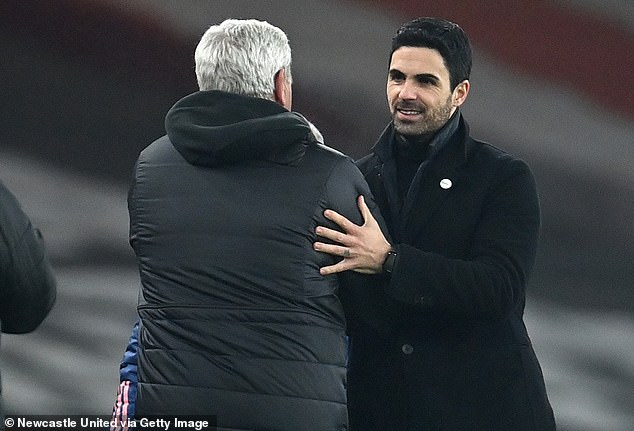 ‘Why don’t we spend more time and we have an open table to discuss how we can do that because I think we have to think about that. One of the most experienced managers in English history is telling you that. You can’t just ignore that.

‘For me it is a very serious statement and it is something that has to change. It has to start to change.’

In a passionate response when asked how things can change, Arteta said: ‘We cannot blame the fans and only say “no it is the fans.” No it is not the fans. Football is an industry that is that big, that has such a big impact in society that everybody has an opinion.

‘To have a strong opinion and be so convinced that what you see and how you judge people, you don’t have to study. You don’t even have to be able to play football. 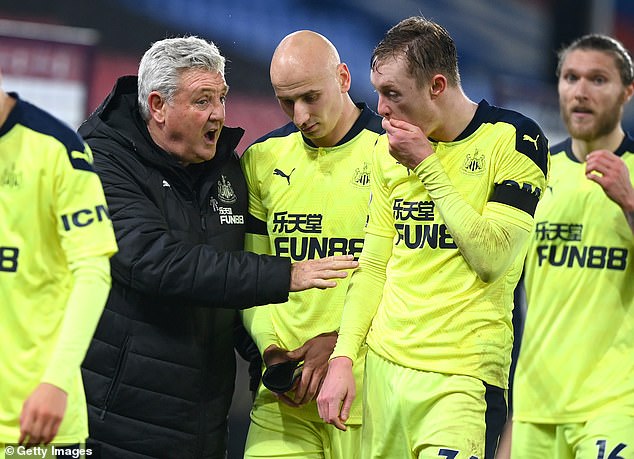 ‘But you can say anything about football and it is good because it creates debate, opinion and it is great but when you cross that line it becomes really difficult because he is not just a man.

‘It’s a man, it’s a family, he’s loved one, the environment and I think we have to reflect. I was really impressed with how he explained openly how he felt and I didn’t like it to be fair.’