Arsenal will assess Bukayo Saka on Thursday after he was forced off against Crystal Palace with a calf injury.

Winger Saka came off at half-time after a controversial challenge, late challenge from Palace midfielder James McArthur which Mikel Arteta insisted should have resulted in a red card.

Ahead of Arsenal’s return to action against Aston Villa on Friday night manager Arteta said: ‘We have two or three players that finished the game with some issues and we have to review them today. He (Saka) hasn’t trained yet so we have to assess him today and see how he is. 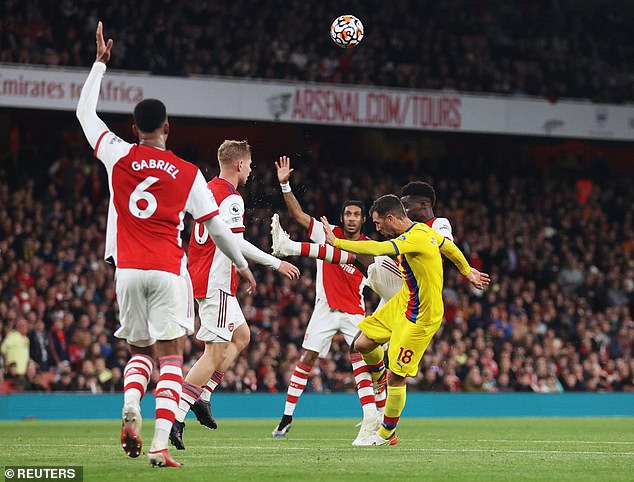 ‘I am not a betting man and it is down to the doctors and himself to see how he recovers and how is training between today and tomorrow. He is very important and he has shown how important he is for the team.’

McArthur wiped Saka out as he prepared to shoot in Monday’s 2-2 draw, ending up making contact hefty and painful contact with the Arsenal man rather than the ball.

McArthur was booked and Arteta said: ‘We had communication with the referees and the association to try to explain why they didn’t intervene in that action when the explanation we had from the start of the season was that they would.

‘When there is an obvious error there they have to take action and they didn’t. There are actions that determine a football match and a result and for me it is not acceptable.’ 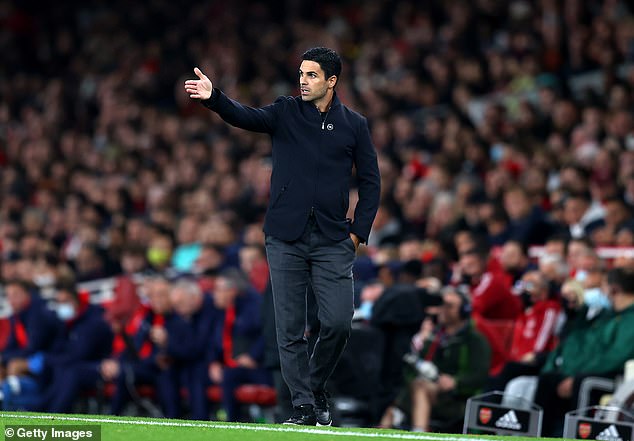