Calvert-Lewin — Everton’s leading scorer last season and someone in whom Benitez was investing so much hope — has not played since scoring in a 2-0 win at Brighton on August 28 due to a quadriceps problem.

The England striker had hoped to be back soon but he had a relapse at the club’s Finch Farm training base and is out for an unspecified time.

Everton will not say when they hope he can return but it is understood that he will not be involved in England’s last two World Cup qualifiers against Albania and San Marino next month.

The news could not have come at a worse time for Benitez, who discovered on Tuesday that Abdoulaye Doucoure — the club’s standout performer in this campaign — had suffered a stress fracture in his foot in Sunday’s 1-0 defeat by West Ham at Goodison Park.

Midfielder Doucoure does not need surgery but there is no quick fix and that is a huge problem for Benitez, who was unable to bring in the reinforcements he wanted during the summer owing to Everton’s issues with Financial Fair Play.

Richarlison would ordinarily fill the gap left by Calvert-Lewin but he is still being treated for a knee injury that has seen him miss the last four games. Benitez, whose side face Watford on Saturday, hopes the Brazilian will be available soon.

Salomon Rondon was the only striker Everton signed in the summer, on a free, but he is still short of peak condition. 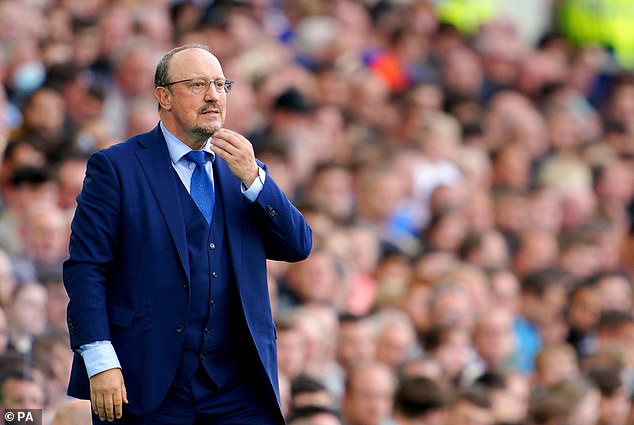