Celtic 2-0 St Johnstone: Georgios Giakoumakis gets his first goal and Josip Juranovic nets penalty as Ange Postecoglou’s side move within a point of Rangers

Georgios Giakoumakis’ first Celtic goal in his first start helped the Hoops to a comfortable 2-0 cinch Premiership win over St Johnstone at Parkhead.

In the 35th minute of his fourth appearance since signing from Dutch side VVV-Venlo in August, for a reported fee of £2.5million, the Greece striker confidently converted an Anthony Ralston cross from close range.

Celtic kept pushing in the second half and returning full-back Josip Juranovic added a second from the penalty spot with 10 minutes remaining as Ange Postecoglou’s side extended their winning run to four games in all competitions. 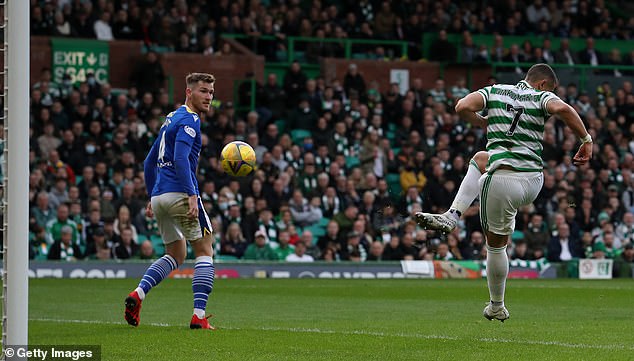 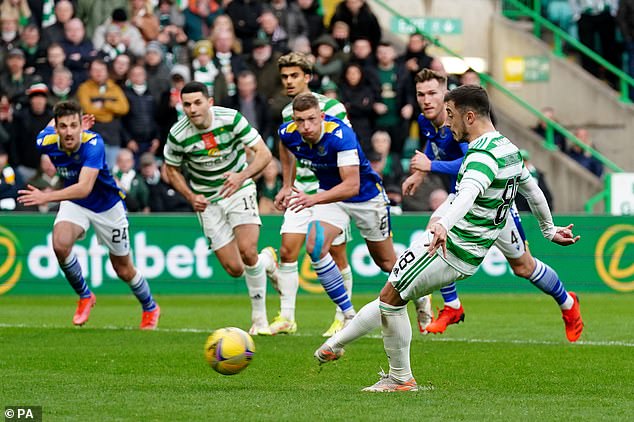 There was an air of confidence around Parkhead following the convincing 2-0 Europa League win against Ferencvaros on Tuesday.

While Giakoumakis made his first start, Juranovic was back from a four-game injury absence.

Saints boss Callum Davidson made four changes with defenders Jason Brown and Liam Gordon, attacker Glenn Middleton and midfielder Craig Bryson all coming back, the latter making his first start of the season.

It was not the usual barnstorming start to the game by the home side. 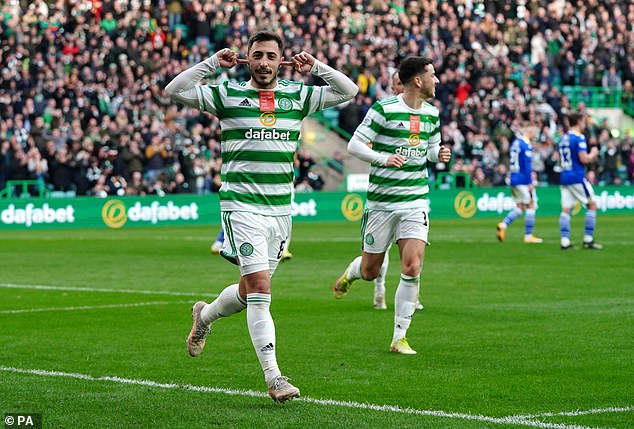 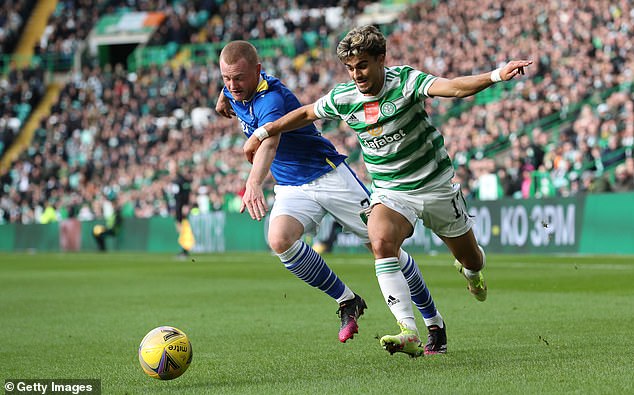 However, Saints goalkeeper Zander Clark came to his side’s rescue in the 12th minute when he blocked with his right foot a controlled 25-yard drive by Celtic captain Callum McGregor which sped through a forest of legs.

The home side slowly tightened their grip on the game and began to open up the St Johnstone defence, demonstrated by an inviting cross which found no takers by Japan international Kyogo Furuhashi, who had moved to wide right to accommodate Giakoumakis.

That tactical tweak by Postecoglou was soon to pay off albeit Celtic’s goal came after a Callum Booth lapse.

Juranovic’s shot from outside the box was deflected high into the air and when the St Johnstone full-back missed what looked like a straightforward clearance, Ralston pounced on the ball and crossed for Giakoumakis to easily knock past Clark.

McDiarmid Park defender Jamie McCart headed a corner over the crossbar at the start of the second half before Cammy MacPherson sent a volley from the edge of the box floating over.

McGregor’s deflected shot had Clark scrambling as the ball flashed past for a corner which came to nothing before Giakoumakis was replaced around the hour mark by winger Mikey Johnston, with Furuhashi moving into the centre.

There was a penalty shout in the 74th minute for Celtic when visiting stopper Clark tangled with Portuguese attacker Jota inside the box on the byline, but referee Nick Walsh was having none of it.

Then there was a flare-up when Saints striker Chris Kane clashed with home defender Cameron Carter-Vickers with both booked before a tackle by Gordon on Furuhashi just inside the penalty area had referee Walsh pointing to the spot.

Juranovic stepped up to send Clark the wrong way with the resulting spot-kick to effectively clinch the points with Johnston curling a shot against the post in the final moments of another win which keeps Postecoglou’s side ticking along. 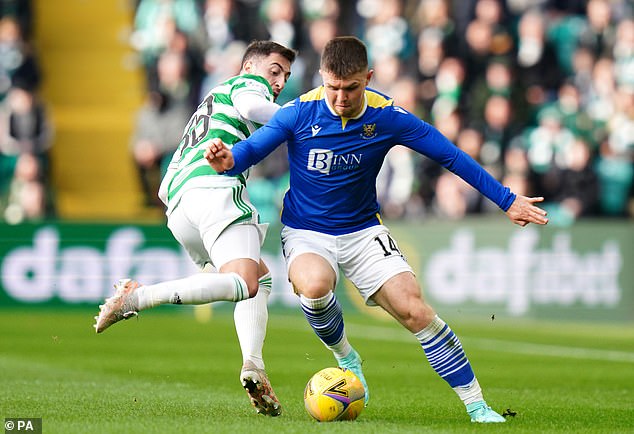 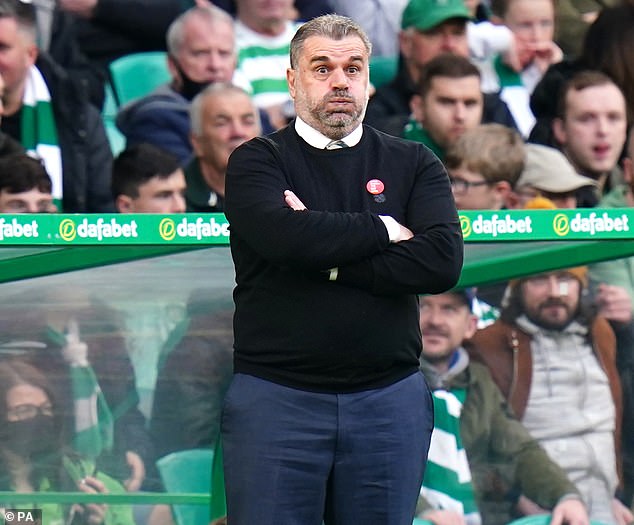