The No19 scored the equaliser but it was the 19-year-old who will have been the talk of Leeds on Saturday night.

With Marcelo Bielsa’s struggling side looking set to suffer their fifth defeat of the season, teenager Joe Gelhardt was brought off the bench just after the hour mark.

And the former Wigan forward completely transformed the whole tempo of this game on his home debut, winning the match-saving penalty with a slalom run into the box. 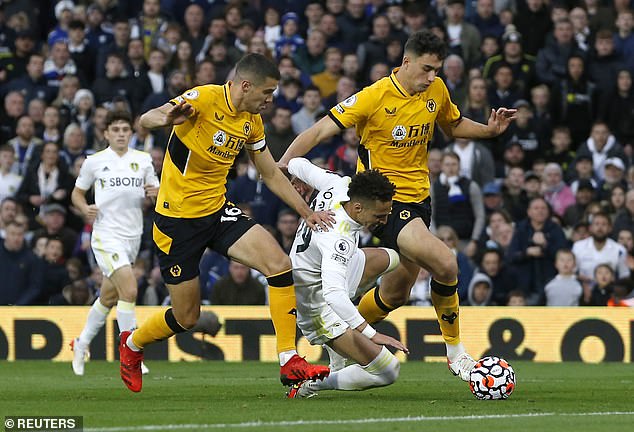 Leeds strike Rodrigo dispatched the 94th-minute spot-kick to save the home team’s skin. But Gelhardt was the player given a hero’s reception by fans at full-time.

The emergence of Gelhardt, who had only started two games for Wigan before Leeds paid £1million for him in 2020, is a timely boost for Bielsa, especially with last season’s top scorer Patrick Bamford currently out injured.

Bielsa candidly admitted the past few days had been among the toughest of his tenure, as he tried to pick up the pieces from last weekend’s abject loss at Southampton.

Well, this last-gasp draw will have lifted his spirits – and Gelhardt offers real promise for the upcoming fixtures.

For Wolves, the late leveller will have left them sick as they had done so well to hang on to the lead they had held from the 10th minute. 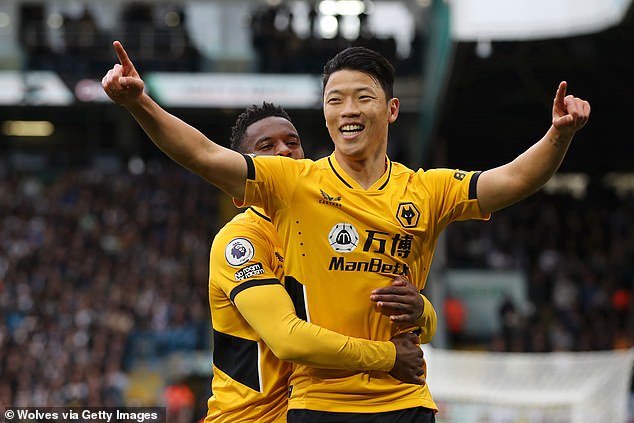 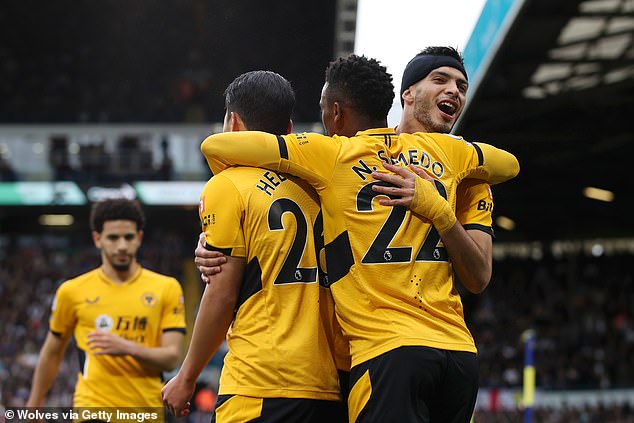 Hwang Hee-Chan’s goal looked like it would send them into the top six. Instead, they now sit tenth.

Leeds, meanwhile, have still only won only one of their nine Premier League games – and that was against a Watford side who sacked their manager the next day.

To explain the failure to beat Wolves and last week’s 1-0 defeat at St Mary’s, it is hard to look past the absence of midfield lynchpin Kalvin Phillips.

Bielsa did not deem England’s Euro 2020 star fit enough to start here despite him returning to training after calf and hip issues.

But Leeds’ record without Phillips is woeful, having won just two of the 12 Premier League games he has missed compared to a 49 per cent win rate when he has played.

United’s other England man, Bamford, is also out and in his absence Bielsa bizarrely pitted wide man Daniel James up front. 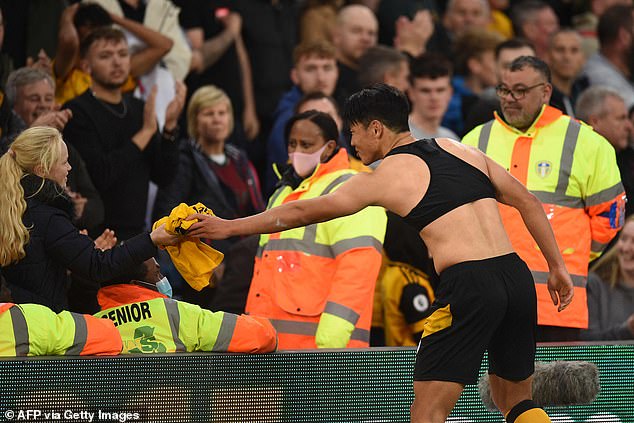 It was an experiment which lasted all of 45 minutes, as Tyler Roberts was brought on to play through the middle, with Jack Harrison hooked and James sent back out to the left wing.

The first half was a chastening one for Harrison and he was partly at fault for Wolves’ 10th-minute opener.

Harrison dived in to tackle Nelson Semedo down the right byline but made a mess of it, allowing the Portuguese right-back to cut across to Raul Jimenez.

And while the Mexican striker’s attempted shot was blocked, the ball fell for on-loan RB Leipzig forward Hwang Hee-Chan to stab past Illan Meslier for his fourth goal in six games.

That strike silenced Elland Road and although Leeds attempted to respond, their chances were only half ones, with James in particularly offering little through the middle.

Leeds’ liveliest player Raphinha and Mateusz Klich at least called Jose Sa into action without ever troubling him, while Harrison blazed into the side netting when he found space down the left.

The hosts did not look much more more like scoring after Bielsa shuffled his pack at the break, with Wolves actually coming closer to extending their lead when Rayan Ait-Nouri jinked into the box and struck at Meslier.

To make matters worse for Leeds, their standout player Raphinha was forced off injured after 54 minutes following a clumsy tackle from Romain Saiss. 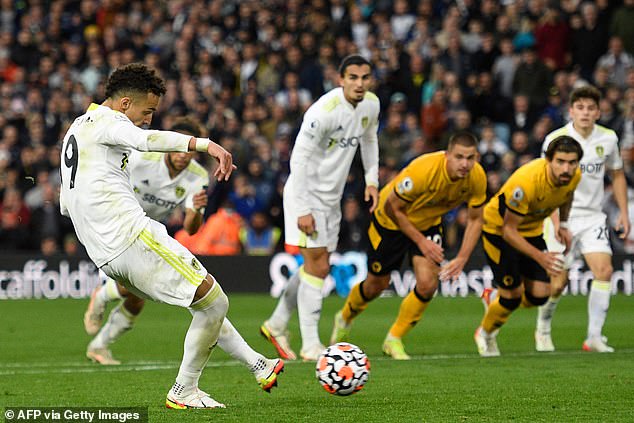 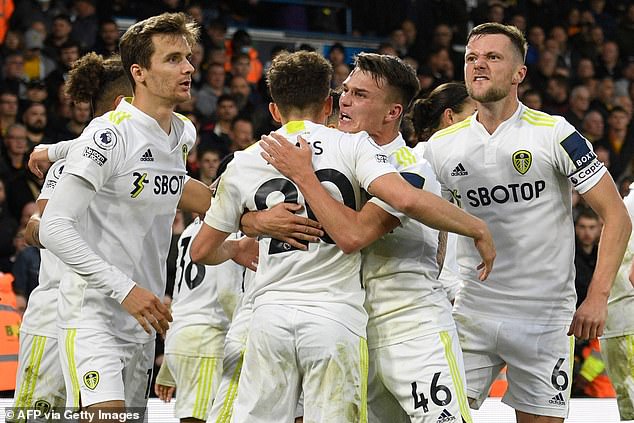 But spurred on by their raucous supporters and the introduction of Gelhardt, Leeds kept pressing towards the end.

Sub Roberts flicked a header narrowly wide from Rodrigo’s cross and then dragged a shot wide.

Then Gelhardt was denied by a fine Sa save after being slipped in by Rodrigo. He went close again when the ball fell to him from a narrow angle on the left and he just struck over.

But his time came in injury time, as he jinked into the box and was upended by Semedo, with Rodrigo sending Sa the wrong way.