Collectors are being offered a stake in the world’s rarest stamp next month – in a ‘fractional ownership’ deal of the kind that could transform the alternative investment market.

Stamp dealership Stanley Gibbons paid $8.3million (£6.1million) for the British Guiana One-Cent Magenta in June. But it is expected to value it at £8million in a sale next month when shares in the stamp will be sold for a predicted price of £100 or so.

Up to 80,000 shares could be up for grabs when it goes on sale. The company could potentially bag an instant profit approaching £2million if all the shares are sold. Any shares not purchased will be snapped up by Stanley Gibbons.

‘Mona Lisa of Stamps’: Thousands of buyers are being offered a share in the One-Cent Magenta

The stamp dealer is one of a growing number of companies entering the fractional ownership market. Others include online car trader The Car Crowd and website Koia.

Graham Shircore, chief executive of Stanley Gibbons, says: ‘This offer should not be viewed as just an investment, but an opportunity for enthusiasts to get involved in a market that they love – to partly own one of the rarest stamps in history – the holy grail of philately.’

As the offer is not billed as an investment, it will not be regulated by the Financial Conduct Authority. But Stanley Gibbons hopes to attract investors following the recent record of stamps rising in value.

Over the past decade, the value of the world’s top collectable stamps has increased by an average of 64 per cent, according to the Knight Frank Luxury Investment Index.

The British Guiana One-Cent Magenta has been dubbed the ‘Mona Lisa’ of the stamp world by enthusiasts. It is the only survivor of a tiny set produced in the former British colony in 1856.

But it is worth noting the $8.3million price this summer is less than the $9.5million the previous owner paid in 2014, showing how stamp values can also fall.

Shircore says: ‘Unlike buying a stamp outright, you cannot come and physically hold this fractional investment, but you do get legal and economic ownership.’

He says a major part of the stamp’s appeal will be that partowners will be given a ‘digital’ representation of ownership – an image of the One-Cent Magenta that can be downloaded on a smartphone or computer.

There will also be an option to put a ‘digital signature’ on the back of the stamp image. Buyers should be wary that although they will be able to buy a fraction of the stamp – individual ownership is limited to no more than 10 per cent of its total value – it could prove hard to trade.

Stanley Gibbons is setting up a trading website where collectors can buy and sell their fractions. It will take a cut of any trades – perhaps as much as 10 per cent – although website dealing might not be possible until spring next year. This initial lack of a secondary market obviously means it is not suitable for those hoping to make a quick profit.

Stanley Gibbons was taken over by Phoenix Asset Management three years ago, which also owns model railway company Hornby and website Showpiece. Shircore, of Stanley Gibbons, is a co-founder of Showpiece and will be using its technology to promote the stamp’s sale. He says: ‘If it is a success, we might look at fractioning other collectables – in areas such as music and sport.’

The fractional ownership idea has already been adopted by classic car investment platform The Car Crowd. Earlier this year, it enabled investors to purchase an investment in two classic cars – an £18,900 Peugeot 205 GTI and a £30,000 Renault Clio V6.

Kirsty Spickett, its marketing director, says: ‘Classic cars have generated some fantastic returns for investors in recent years – though they remain unaffordable for many enthusiasts.

‘Although you cannot drive the vehicles, you will have a real stake in the car and get a say when it is sold. We only need 15 per cent of investors to vote on deciding that it is time to sell, though it is expected any classic will be owned for at least five years.’

It is still too early for investors to learn if they are going to make money out of the classic car investment – or any other fractional ownership deals now springing up. 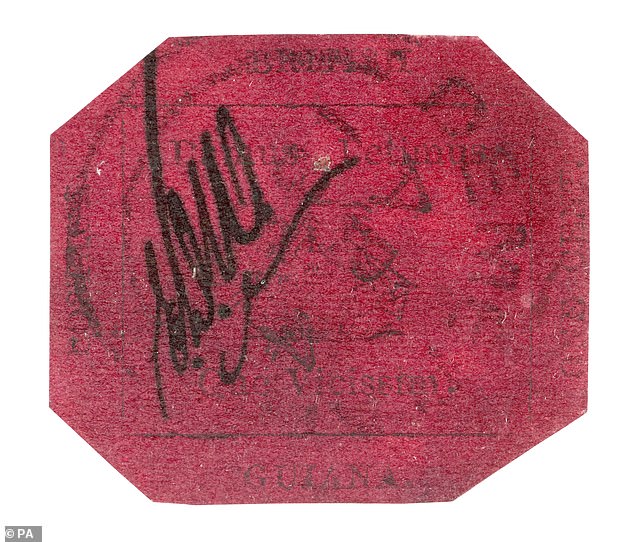 The most sought-after classic cars in the world have produced average returns of 193 per cent over the past ten years, according to Knight Frank.

But unlike the relatively modest offers by

The Car Crowd, the index includes ultra-expensive rarities such as a 1957 Ferrari 335S Scaglietti Spider that sold for £26million in 2016. The Car Crowd charges a one-off 10 per cent commission on purchases. That covers the car’s storage and maintenance fees. But unlike Stanley Gibbons’ fractional ownership deal, it is regulated by the Financial Conduct Authority and is marketed as an investment.

Investments start from £30 and, as with the One-Cent Magenta stamp, no investor can purchase more than 10 per cent of the vehicle’s initial price. There is a ‘virtual reality garage’ where buyers can look at their car online – a poor substitute to taking it for a spin.

Another fractional ownership deal on the horizon is website Koia, which will use a phone app to start selling shares in fine wine, rare whisky and expensive watches. It will begin the offer with a magnum of 2002 Boerl & Kroff champagne it has valued at £3,720. You can pay as much as £4,200 for a magnum through a wine merchant.

Koia co-founder Richard Draper says: ‘We are at the pre-launch stage, so we don’t know how interested people will be in buying fractions. But there will be a minimum investment of 50 euros (£42) and a single upfront charge equivalent to up to 2 per cent of the amount invested. This will cover storage and management fees, but there will be no annual charge.’

Koia hopes to follow with a fractional ownership offer for a £10,300 Rolex Submariner watch – and move into whisky and other fine wines and watches.

Koia’s fractional ownership business will not be policed by the Financial Conduct Authority. Instead, it plans to operate according to European crowdfunding service providers’ regulations – and is marketing itself as a European offer, welcoming UK investors.

Potential buyers should be aware that any secondary market – where investors can trade their fractions – will not be available for ‘six to 12 months’.