No doubt Chelsea debt collectors will be waiting at the gates of Stamford Bridge when Southampton roll into town on Tuesday night. They’re certainly entitled to some royalties for all these points their products are earning Ralph Hasenhuttl’s side.

Southampton have doubled their points tally in a week and each of their three goals was forged in Cobham.

Loan signing Armando Broja secured a first win of the season against Leeds and he netted again in this draw against Burnley after Tino Livramento — another Chelsea academy graduate, signed for £5million in the summer — cancelled out the first of Maxwel Cornet’s double with a header.

Vitesse Arnhem was the preferred finishing school for Chelsea youngsters such as Broja but some like Livramento are leaving for good. The 18-year-old, who returns to Stamford Bridge in the Carabao Cup on Tuesday, made up some of the £90m-plus Chelsea raked in from homegrown talent over the summer.

Now clubs such as Southampton are seeing sense in this lesser-tapped market, too.

‘We should not be surprised (that players are leaving bigger clubs),’ Hasenhuttl said. ‘The only way for them can be to find a club where they get the chance to play in the Premier League.’ Livramento, who netted his first senior goal on Saturday, looks a real gem.

‘Tino made the move because he is convinced about what he is doing, and we were convinced that he was the right player for us,’ Hasenhuttl added. 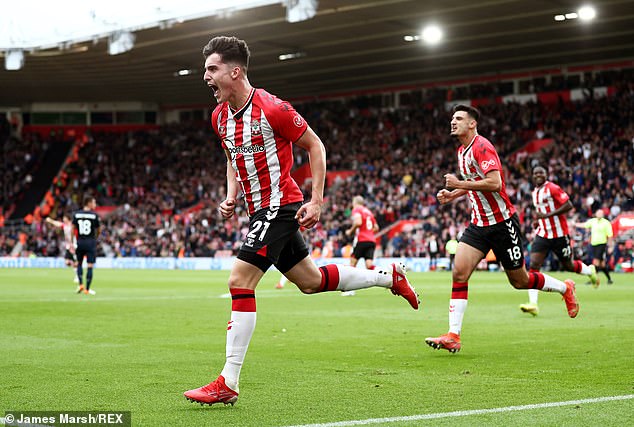