Anthony Joshua has promised to bring the fight to Oleksandr Usyk in their rematch after a lacklustre performance in his defeat by the Ukrainian in September.

The Brit relinquished his WBA, WBO and IBF titles in a one-sided unanimous decision defeat at the Tottenham Hotspur Stadium, leaving many perplexed as he opted to box the boxer, rather than using his evident physical advantages.

Promoter Eddie Hearn swiftly confirmed Joshua had activated his contractually-agreed rematch clause, with the pair set to go to battle once more early next year, likely in March.

And Joshua, who insists his days of losing are over, has vowed to bring a different mentality this time round. 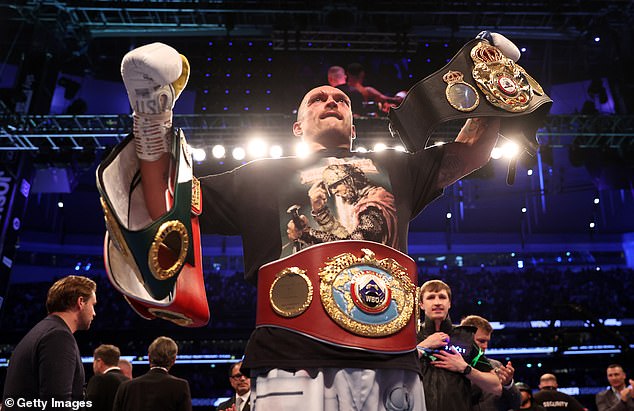 The Ukrainian claimed Joshua’s WBA, WBO and IBF titles with an exquisite display of boxing

‘I’ve just put it all together now and I’m rolling with it. If you like it, come watch. If you don’t, don’t watch.

‘Whether the ref likes my style or not, he might get thrown on the floor in the next fight because this is war. Boxing is good, but when it comes to 12 round championship fights it’s mad.

‘I’m boiling up even speaking about it, I start firing up a bit, it’s that passion to win and I love a challenge.’ 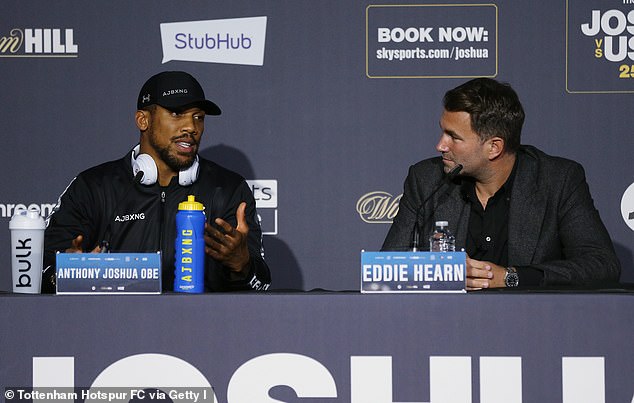 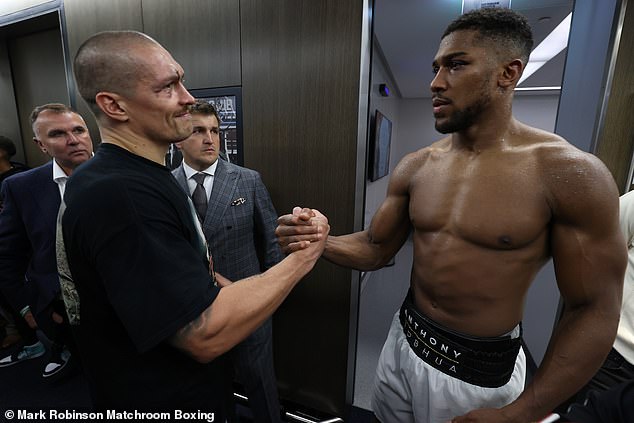 Joshua fell to his second defeat in 26 outings, the first coming in a shock loss against Andy Ruiz Jr in his US debut in 2019.

The heavyweight altered his style for the rematch, reclaiming his collection of belts with an impressive boxing display, picking Ruiz apart from the outside as he waltzed to a unanimous decision win.

Joshua’s more measured approach continued into his subsequent outing against Kubrat Pulev, though the Brit showed more spite as he secured a ninth-round stoppage.

But against Usyk, largely due to the Ukrainian’s relentless lateral movement, Joshua was unable to impose his superior size, strength and punch power.

He insists that won’t be the case next time, however, promising a more violent display.

He said: ‘I have one thing on my mind and that’s war, that’s murder – just to go out there and hurt the guy and take his soul to the point where he wants to give up. That’s what boxing’s about.

‘I’ve learned that if you hit people constantly and keep on applying the same amount of pressure then they will realise you are not going anywhere and that you’re here to stay.

‘That’s all I have in my mind at the minute – that one track and to stay on course and take this guy to places he doesn’t want to go.’ 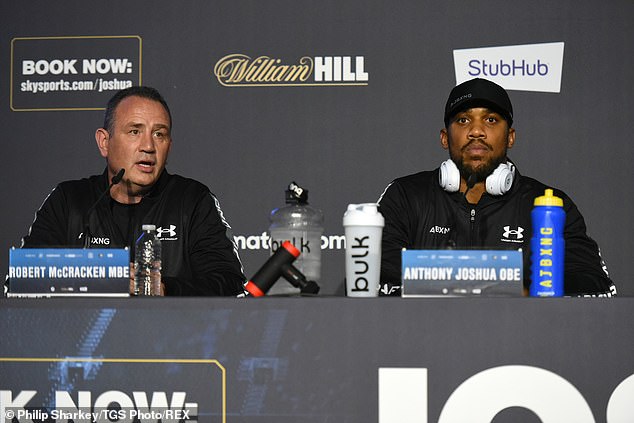 Joshua confirmed he has been sounding out new trainers while on his trip to the United States, though indicating he has not yet officially split from Rob McCracken (left)

While Usyk received widespread praise for his scintillating performance, many implored Joshua to leave trainer Rob McCracken after a questionable approach to the fight.

Joshua has now confirmed he is looking to bring in a new face following his tour of America, in which he visited prolific trainers Virgil Hunter, Eddy Reynoso, Ronnie Shields and Robert Garcia.

He has also shed light on the tactics utilised in the first bout against Usyk, admitting they got the game plan wrong.

He said: ‘I’m a 12 round fighter and you saw in the other fight (Tyson Fury vs Deontay Wilder) a few weeks after that after two or three rounds the energy was depleted.

‘It’s not really, what I thought, the right way of boxing. I started working on different elements of my boxing and boxing the same in round one as round 12, learning to slip and roll shots better.

‘The obvious thing was to go out there and use a lot of my natural ability, but after a while in my career I started thinking that I want to scrap what I can naturally do and improve certain areas that I was weaker on.’ 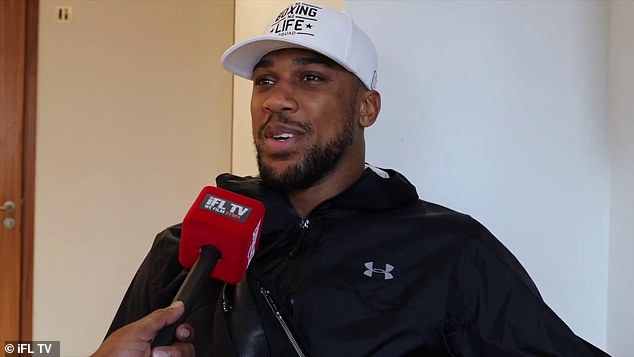 Speaking to iFL TV, Joshua insisted his time practicing the art of boxing was not wasted time

‘But with that fight, it’s clear that styles make fights, and I adopted the wrong style.

‘That’s not to say next time I’ll go out there and swing like a mad man, but I have certain strengths that will cause him and a lot of other people a lot of problems.’