Eden Hazard set to feature for Real Madrid in LaLiga clash against Osasuna having been left on the bench during El Clasico win, as Spanish media claim boss Carlo Ancelotti has ‘poked’ the forward after admitting he has preferred to select other players

Eden Hazard could be set to return to the Real Madrid fold on Wednesday evening when Real Madrid take on Osasuna in LaLiga.

Despite returning from a muscle injury, the Belgian was surprisingly only an unused substitute for Carlo Ancelotti’s side in the 2-1 victory over rivals Barcelona at the weekend.

There were concerns that the 30-year-old, who has struggled badly with injuries since joining from Chelsea two years ago in a £89million deal, was still not fully fit. 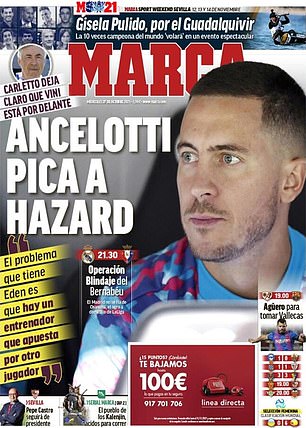 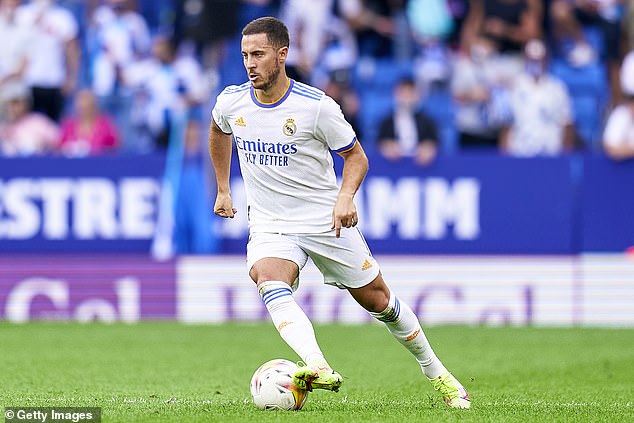 But Ancelotti has since revealed that the Belgian forward has fallen down the pecking order behind the likes of Vinicius Junior and Rodrygo at the club.

Ancelotti said: ‘Hazard is ready, but his problem right now is that he has a coach who prefers other players, which can happen in a squad like this one.

‘The important thing is that he stays motivated and works hard so that he can play again, and he is doing that. 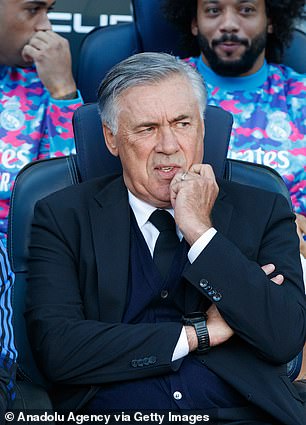 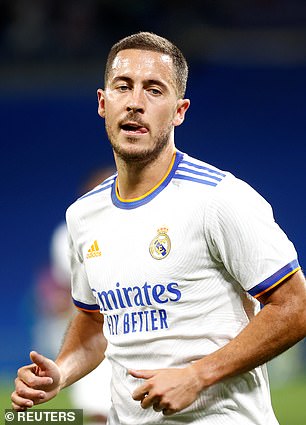 ‘He just needs to put up with this situation for now, as sometimes the coach can prefer other players.’

Spanish daily Marca claimed Ancelotti had ‘poked’ Hazard with his comments, however AS also wrote that the ex-Chelsea star will return to the fold against Osasuna after leading with a headline of ‘another train for Hazard’.

Although the Belgian is not expected to start, he is set to feature at the very least as a substitute. 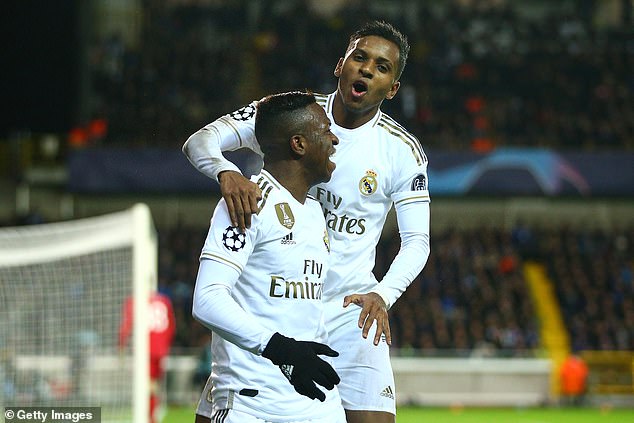 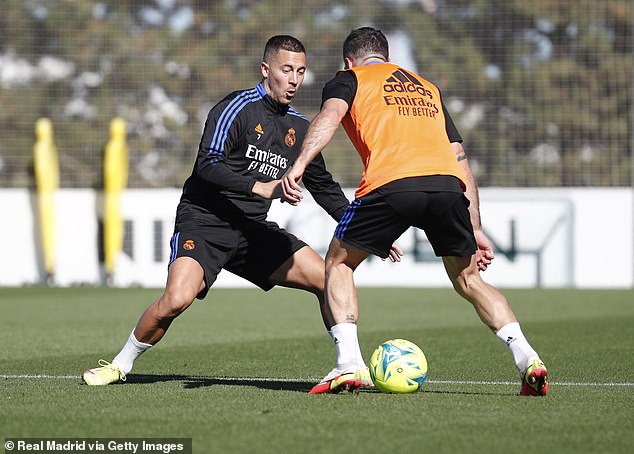 Hazard has started just five games this season and Madrid legend Fernando Morientes told Sportsmail that Madrid will not wait forever for the diminutive attacker to rediscover his best form in Spain.

‘Madrid tends to be very patient with these types of players,’ Morientes, who was a three-time Champions League winner with Real Madrid, said.

‘We know Hazard is very good, but there will probably be a time when Real Madrid will have to make a decision.

‘This year is a decisive year, it’s crucial for him and he will have to demonstrate what he’s got.’