Jiri Prochazka has warned Glover Teixeira and Jan Blachowicz that he can ‘smell their weaknesses’ ahead of the UFC 267 headliner.

The light-heavyweight title fight takes place in Abu Dhabi this weekend and Prochazka has been flown in as the alternate in case one of the main protagonists fails to make it.

The rising Czech star insists he is ready to take centre stage if called upon but is pleased to simply take the measure of his division rivals if not.

He told Just Scrap Radio: ‘I asked myself many times if I want the title and my answer is yes, of course, 100 percent yes. I’m ready for it and I know how to win it

‘I’m just glad to be there where the fighting is taking place, so I can smell the energy of my opponents and their power and their weakness. Just taste the atmosphere and if I don’t fight, it doesn’t matter to me.’

He added: ‘I prepared for both of them. But, mostly, I have been focusing on my mistakes from my fights. 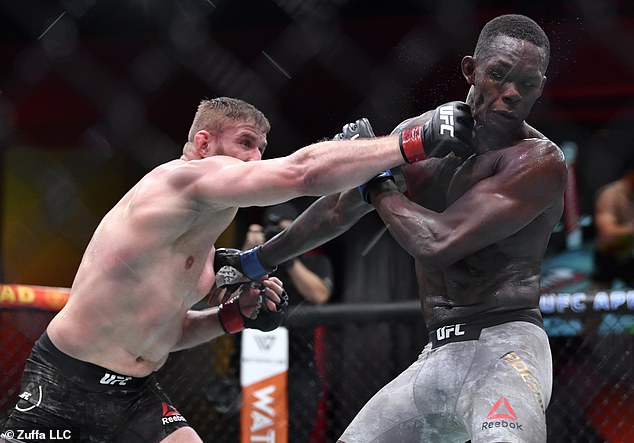 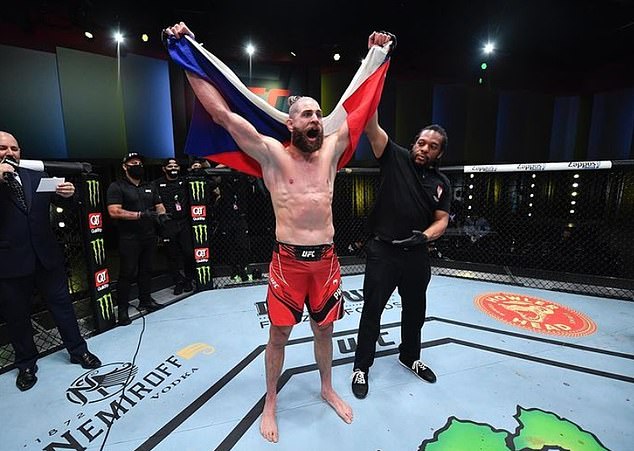 ‘With Jan, I don’t want to say my entire strategy, but I saw his fight against a guy from Czech and I spoke to him about his style, what he does good, the mistakes he makes and I have a strategy and I know which weapon to use, especially for his style.’

Neither Blachowicz or Teixeira are expected to have any issues in reaching fight night but no doubt Prochazka would deliver fireworks if needed.

The 29-year-old is vastly experienced despite only fighting twice in the UFC so far, and has not tasted defeat as a professional since 2015.

With those two wins over Volkan Oezdemir and Dominick Reyes, he could well be the next man in line to face the winner of UFC 267. 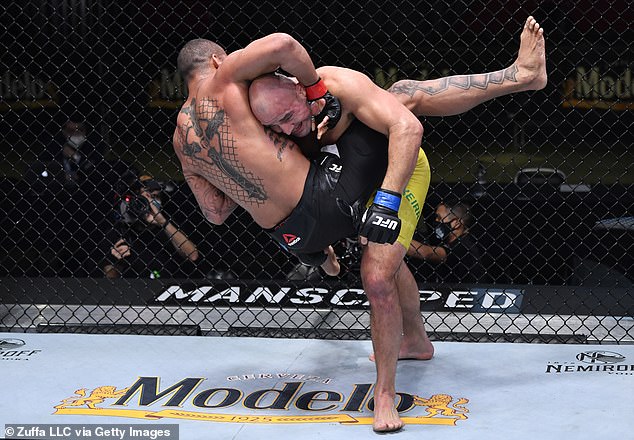