That’ll teach him! Cheeky Brazilian mechanic takes his girlfriend for a spin in a customer’s Porsche… and is abducted at gunpoint by thieves who thought he was the wealthy owner

A mechanic in Brazil who took his girlfriend out in a customer’s Porsche was abducted after thieves believed him to be the owner of the car.

CCTV footage captured the moment two men armed with guns ran towards the luxury motor and forced the mechanic and his girlfriend out of the car.

Mechanic Francisco Rogerio Leandro Ramos had been turning right off of a main road on October 24 when he was forced to slow down as another vehicle in front was blocking the road. 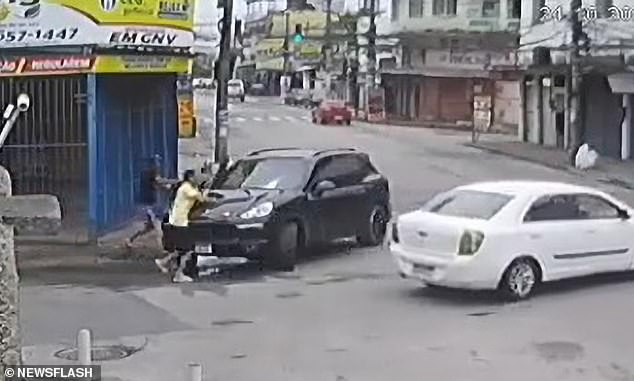 The car in front moved off quickly, but Ramos was unable to continue his journey as the two armed men ran towards the Porsche and forced him and his girlfriend out.

Believing the mechanic to be the wealthy owner of the vehicle, one of the armed men then bundled him into one of the back seats and then drove off with his accomplice.

According to SBT News, an unnamed businessman from the city of Nova Iguacu in Rio de Janeiro had left his Porsche worth over BRL £65,000 at the garage to get its faulty stereo fixed.

While the car was in his workplace, Francisco cheekily decided to take the high-end vehicle out for a spin with his girlfriend in the neighbourhood of California. 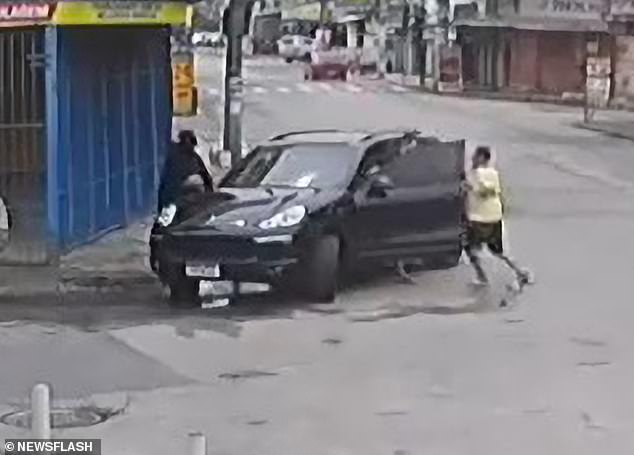 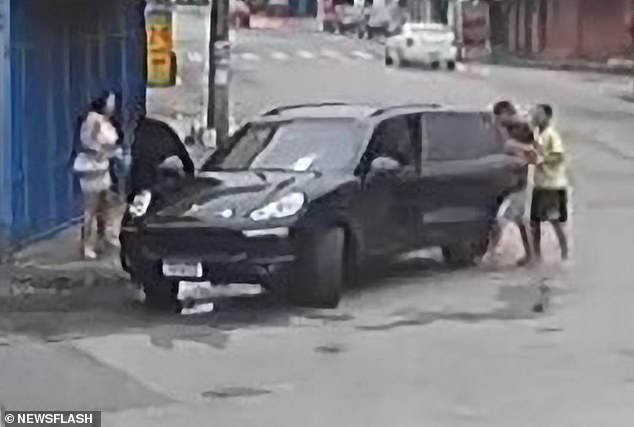 The mechanic is then bundled into the back of the car, before the thieves drive off in the Porsche, leaving the mechanic’s girlfriend stood on the side of the road

After the abduction, the mechanic was driven to a cashpoint, where he was forced to take money out.

However, with no money in his account, his captors soon realised he had been telling the truth when he said the car did not belong to him.

The men then drove to the neighbouring city of Nilopolis where they left the car without taking anything and released the mechanic.

It was not reported if the police are investigating the case or if the mechanic faces disciplinary action.