Rio Ferdinand believes Emile Smith Rowe has been the key player to Arsenal’s excellent unbeaten run and has compared him to the club’s former midfield stars Robert Pires and Alexander Hleb.

After a dreadful start to the season that saw them bottom after three games, Arsenal have since gone on a 10-match undefeated streak in all competitions, with Mikel Arteta’s side having surged up the table into European contention as well as the quarter-finals of the League Cup.

While former Manchester United defender Ferdinand praised the whole team ethic of the Gunners, he singled out Smith Rowe for playing a starring role.

Speaking before Smith Rowe’s England call-up on Tuesday, he said on the Rio Ferdinand Presents FIVE YouTube channel that: ‘There’s a team, there’s a united team. There’s a togetherness that I haven’t seen at Arsenal for a long time.

Ferdinand compared the midfielder to Robert Pires, who was a key member of the last Arsenal side to win the league 17 years ago where they went the season unbeaten becoming known as the ‘Invincibles.’ 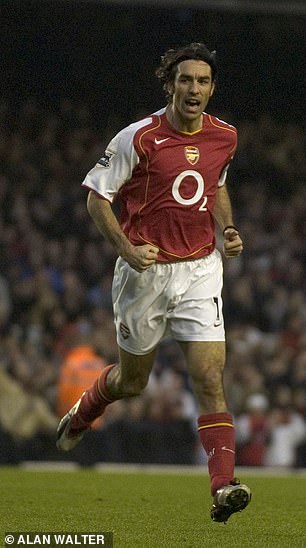 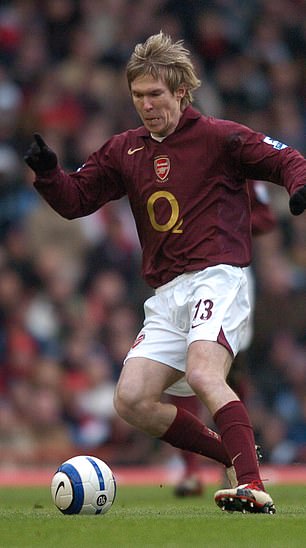 Rio Ferdinand has compared the midfielder to past Arsenal stars Robert Pires (left) and Alexander Hleb (right), while claiming there is more to come from the 21-year-old

But the former United star also claimed the 21-year-old also had a similar style to Alexander Hleb who also impressed in north London before leaving for Barcelona in 2008.

‘He reminds me, with more end product it seems right now and I think he’ll go onto levels, his style is a little bit Hleb, Ferdinand added.’

‘He plays low, socks similar, the way he moves and manipulates the ball, can keep people off balance all game. He’s got a bit of Hleb about him! 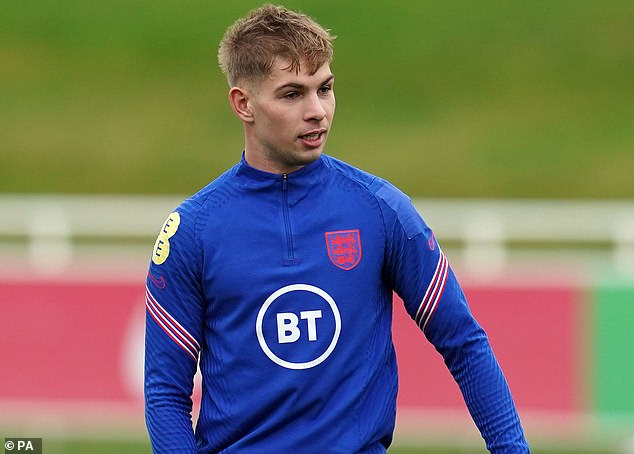 He’s got a Robert Pires vibe a little bit.’

Arsenal rejected offers from Aston Villa over the summer before tying down Smith Rowe to a new five-year deal.

The midfielder has featured in all but one of Arsenal’s games this term, and already has four league goals including three in his previous three matches.

With Arsenal now sitting sixth in the table and looking set to battle for a Champions League spot, Smith Rowe has been rewarded for his superb start to the season with a call-up to the England squad in place of Marcus Rashford.