Portugal have confirmed that Bernardo Silva will miss their World Cup qualifying clash against Ireland this week due to an injury.

Silva, who is enjoying a superb season with Manchester City, was unable to take part in training with his international team-mates on Monday with muscle issues.

Yesterday, he was absent once again for their session – and boss Fernando Santos has now confirmed that Silva’s ‘muscle complaints’ have ruled him out.

He did, however, also insist that Portugal are hopeful of being able to play Silva for their final qualifier against Serbia this weekend, in a major boost for City.

‘I don’t count on him,’ Santos told reporters today.

‘He has muscle complaints. I don’t think he has the conditions to go to this game. We think he will be okay for Serbia.’ 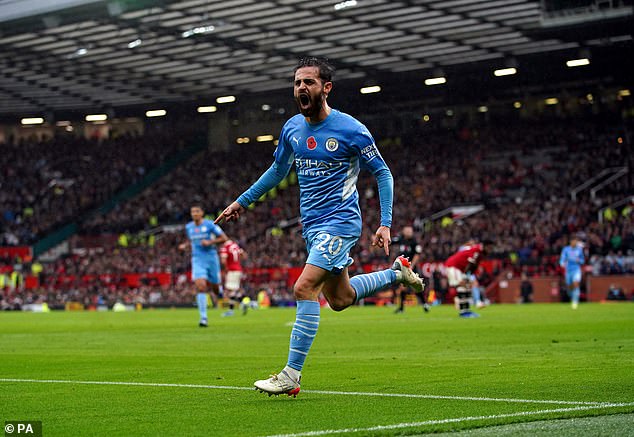 Silva, who is enjoying a superb season at Manchester City, has picked up ‘muscle complaints’

According to Record, Santos also revealed that Silva joined up with his compatriots feeling ‘tired’ after his efforts during the first stages of the campaign.

He said: ‘He arrived tired, complaining, he has many games on him, and couldn’t go to training.

‘But he’s recovering well and we hope and we believe he’ll be able to play here with Serbia.

‘He won’t even travel with us, it doesn’t make sense because we don’t consider him to be at 100 percent. 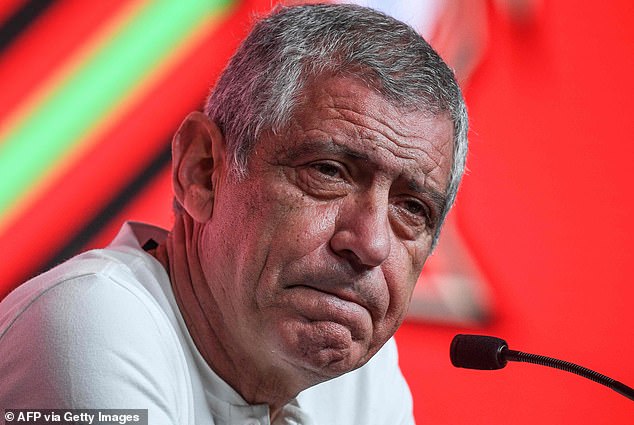 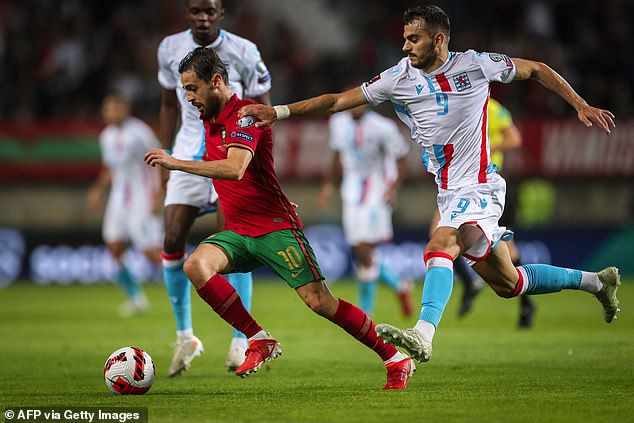 ‘It wouldn’t be the best conditions for the treatment he’s undergoing, he’ll stay here so that he can start to join the group.’

Portugal take on Ireland in their crunch encounter tomorrow, and currently trail Serbia by a single point with just two fixtures left.

Two victories will see them qualify for Qatar 2022, because they have a game in hand over the table toppers, but the group remains in the balance.

This season for City, Silva has made 15 appearances in all competitions and scored three goals. He has also picked up one assist.