Leon Edwards has branded Jorge Masvidal a ‘fraud’ after he pulled out of their scheduled UFC 270 bout due to an undisclosed injury.

‘Rocky’ had initially been reluctant to face the American but was eventually persuaded not to wait for a title shot against Kamaru Usman.

But now it seems that is exactly what the Birmingham fighter will do following Masvidal’s withdrawal. 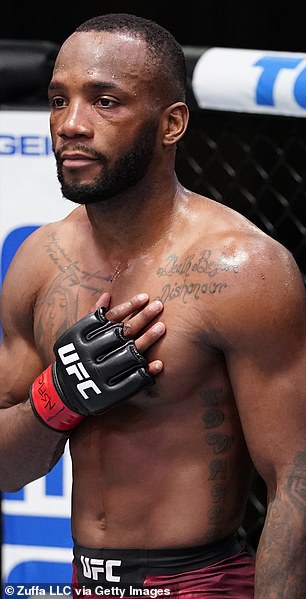 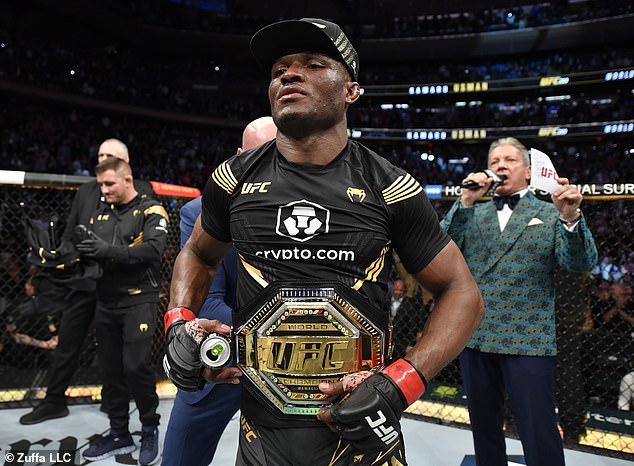 He tweeted: ‘Disappointed but honestly I knew this fraud didn’t want to fight me anyway.

‘He was just a stop off on the way to the title. The goal remains the same. Much needed family time now, Kamaru Usman, I will see you soon.’

Edwards has not lost in his last 10 fights and is fully deserving of a shot at the pound-for-pound No 1, who defeated Colby Covington on Saturday night for a second time.

There is a small chance he could take a replacement opponent in the form of Khamzat Chimaev after the rising star showed his interest in fight. 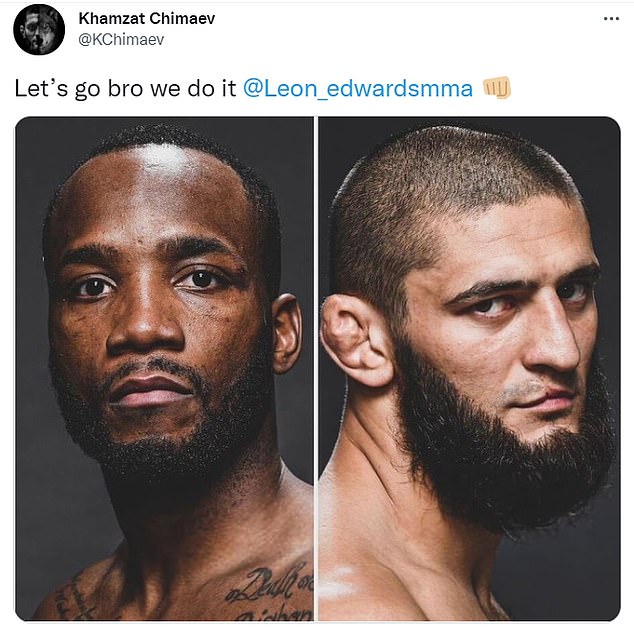 The pair had agreed to fight last year before Chimaev was brutally struck down by Covid and he posted an image of them on Twitter after the Masvidal cancellation, writing: ‘Let’s go bro, we do it.’

But taking on one of the most dangerous up and coming welterweights makes little sense for Edwards at this stage, with a title opportunity so close.

Edwards and Masvidal are still likely to lock horns at some point in the future and their bad blood dates back to a backstage altercation in London in 2019.

On the same night he knocked out Darren Till, Masvidal struck Edwards after cutting an interview short and the pair had to be separated by security.

For now though, it seems Edwards will play the waiting game until Usman is ready to make his sixth title defence. 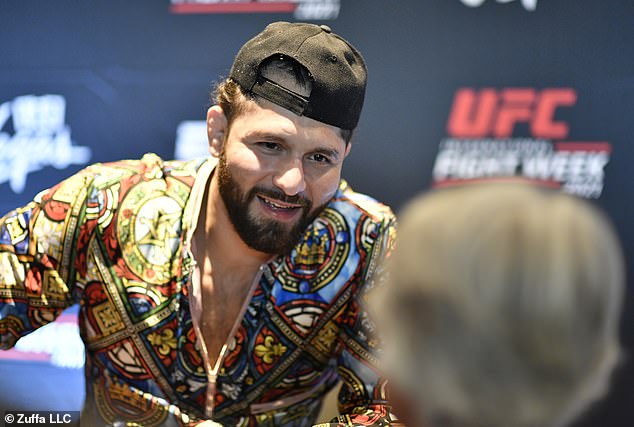