Liverpool need one more key signing up top to ease the transition from ageing triumvirate of Mohamed Salah, Roberto Firmino and Sadio Mane, says Jamie Carragher as he warns impact of Diogo Jota is not enough on its own

Jurgen Klopp must look to fresh faces to prepare for the break up of his world class attacking triumverate, according to Jamie Carragher.

Mohamed Salah, Roberto Firmino and Sadio Mane have all propelled Liverpool to new heights over the past four years, with the trio producing a devastating partnership that has helped the club to both domestic and European glory.

However, Firmino has already hit 30, while Mane and Salah are both set to hit the landmark age within the next 12 months. All three see their current contracts expire in 2023.

Liverpool must work hard to replace the trio of Mane, Salah and Firmino, says Jamie Carragher

Anfield chiefs have already shown planning by bringing in Diogo Jota from Wolves, who has slotted in to compliment the front three quite impressively in his first year and a bit at the club.

The Reds are aware of the need to prepare similarly in other areas, with Ibrahim Konate coming in at the back to help rejuventate the defence, with both Virgil van Dijk and Joel Matip both 30.

There are similar issues in midfield with captain Jordan Henderson turning 31 earlier this year, but it is up top where Carragher believes most attention must be focused.

‘These are big decisions, and tough decisions coming up,’ the former Reds captain stated on Sky Sports programme Off Script. 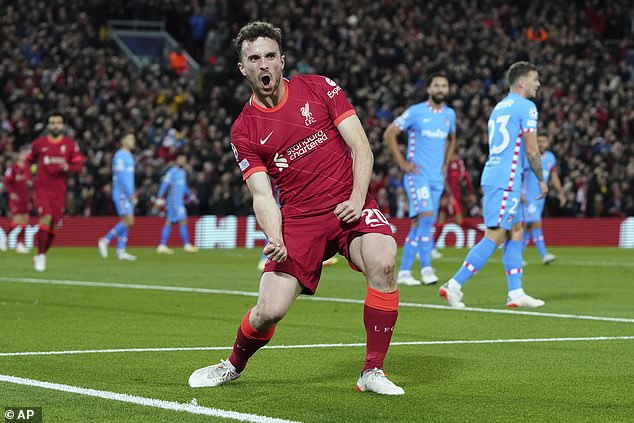 Diogo Jota has impressed since coming in, but the Reds icon would like to see ‘one more’

Liverpool’s team that started against Atletico Madrid away was the oldest team that has started for decades.

‘These players are all getting to 30, and you don’t want the entire team to age at the same time. At some stage, the front three and other areas of the team will need breaking up.

‘We’ve seen that with Ibrahima Konate coming in, Diogo Jota coming in last season, but you’d expect Liverpool will look to bring a midfield player in in the summer.

‘You can’t allow the front three to get old together – I think in the summer that’s the area where you’ve got to be looking to the future.

‘You don’t necessarily break it up, because it’s started so fantastically well this season, and though Jota has made a big impact, I’d like to see one more.’ 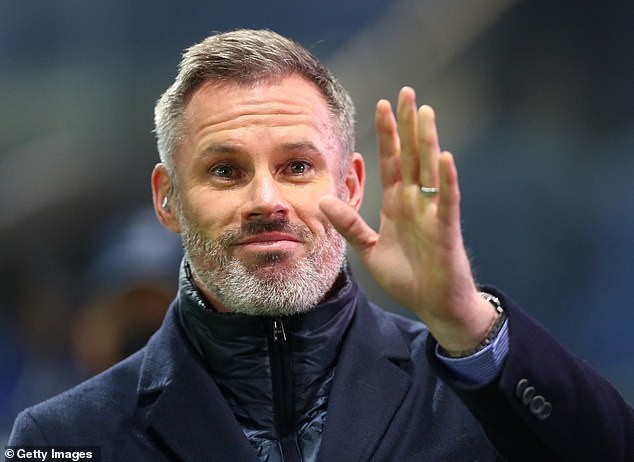 Other issues will also impact Liverpool’s need to find quality replacements up top in the coming months.

Both Sadio Mane and Mohamed Salah are set to miss a key stretch of matches at the beginning of 2022, with the pair set to represent Senegal and Egypt respectively in the African Cup of Nations.

Any new additions up top are likely to be the last worked on by Michael Edwards.

The club confirmed on Wednesday that the influential director is set to leave the club in the summer, and will be replaced by his number two Julian Ward.