Mars attacks! Incredible sunset over Australia looks like the Red Planet is about to collide with Earth

By Joe Scotting For Mailonline

These breathtaking images of a sunset over Tasmania look like the surface of Mars is seconds from colliding with Earth.

The striking photos, taken by local Wayne Painter, 70, in late October, capture what look like craters, mountains and deep red horizons in a view that is out of this world.

Some have said the images of the 12.5 mile wide lenticular cloud also looks like a dragon’s head looming over the Australian island. 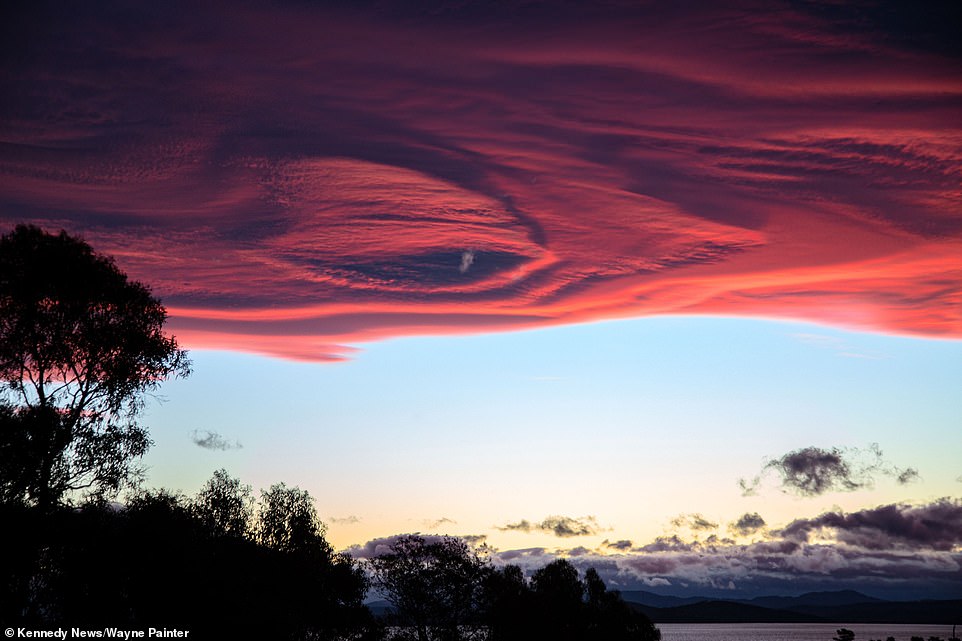 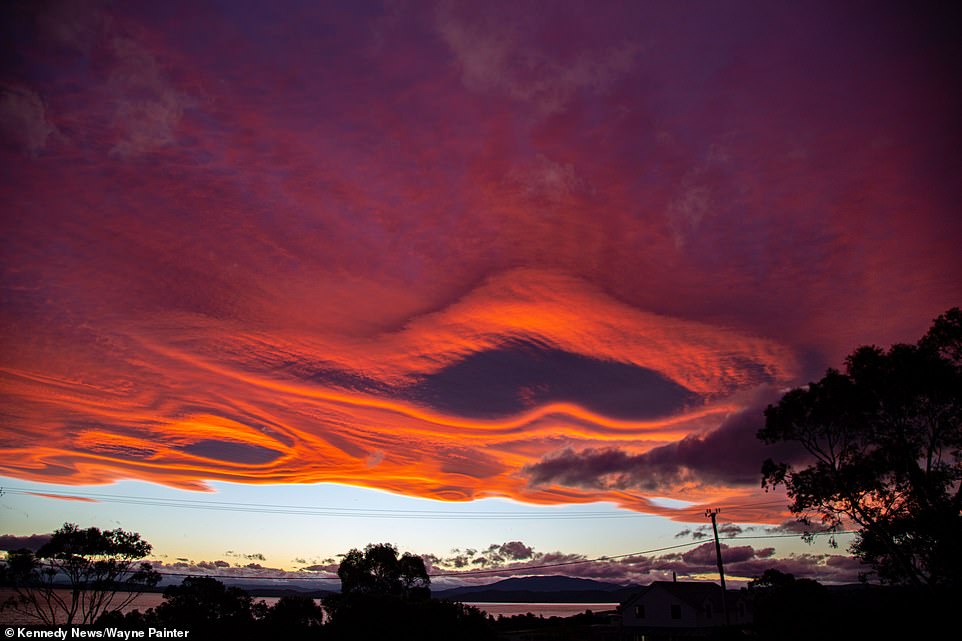 The priceless views were captured by Wayne Painter, 70, who immediately ran home to grab his camera to capture the moment 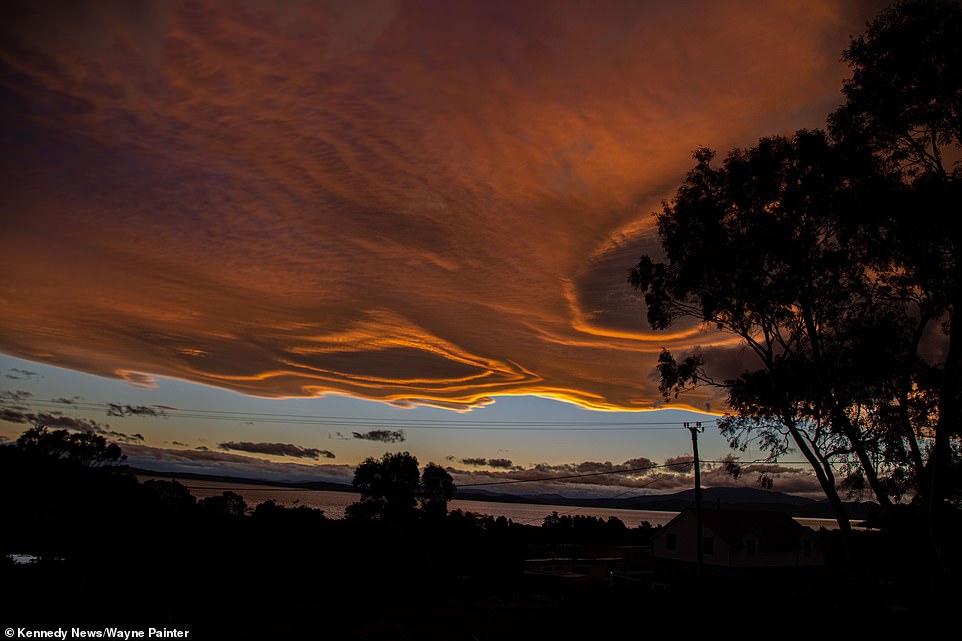 Trees, sprawling mountains in the horizon, and open water, combined with the gorgeous sunset make Tasmania look beautiful during dusk 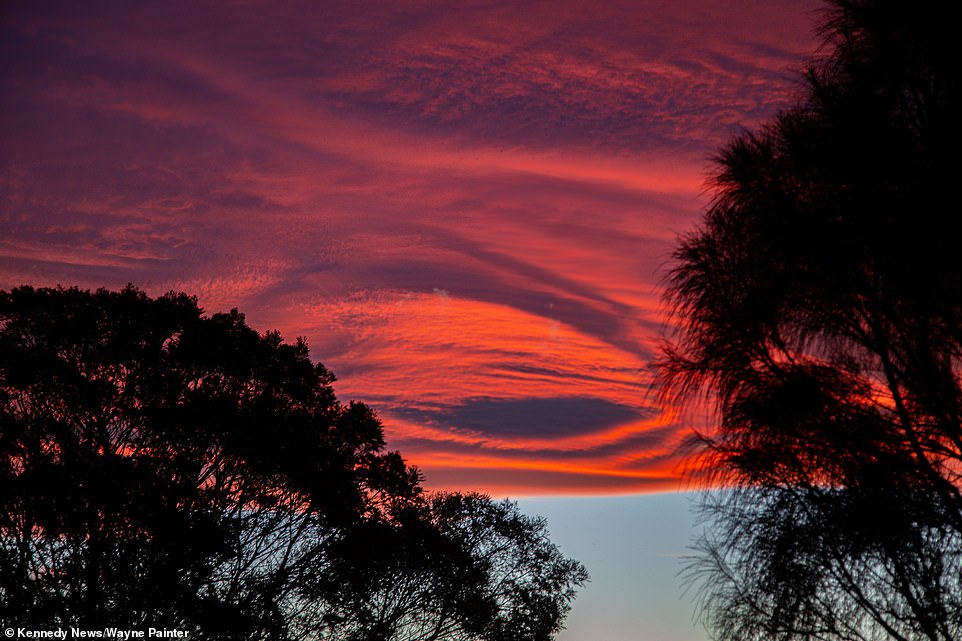 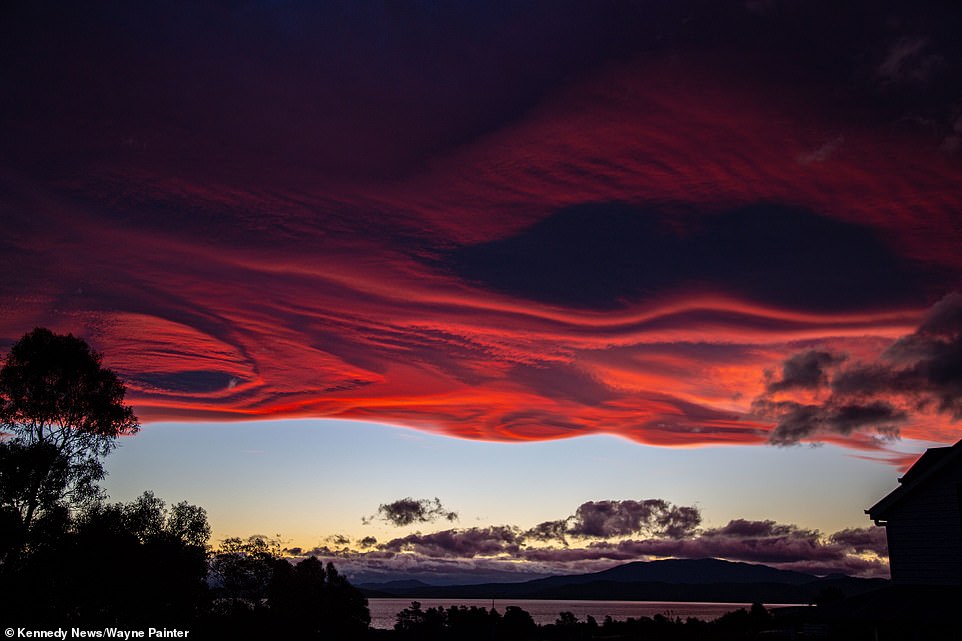 The waves at the end of the formation make the clouds look like large Martian mountains on the horizon, with other patterns in the sky sharing an uncanny resemblance to sand dunes 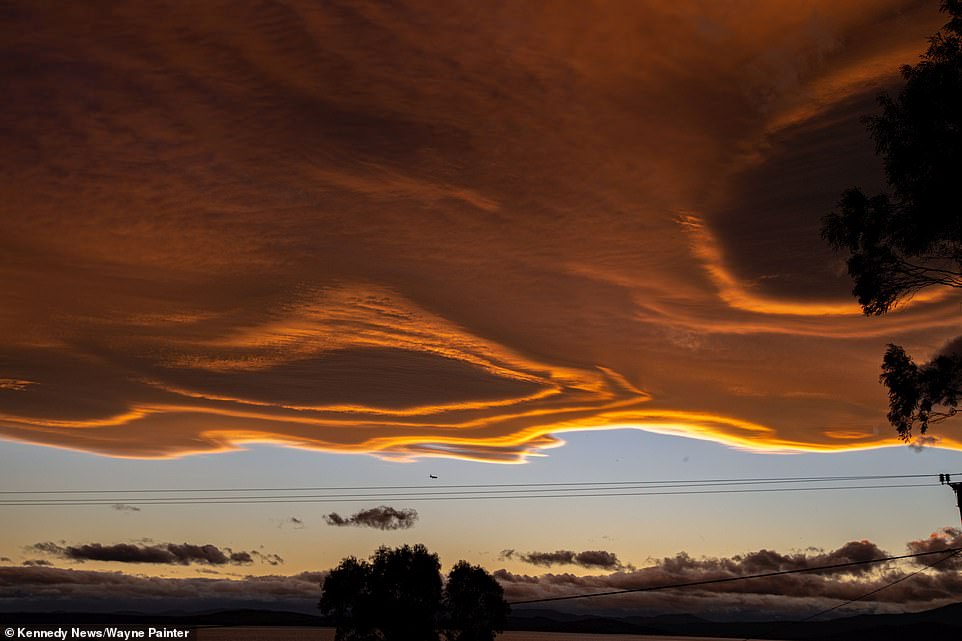 An airplane flies into the horizon in this image, no doubt giving passengers some of the best views one could ever have on a flight