Gareth Southgate ‘set to be offered huge £6m-a-year – DOUBLE his current salary – to continue as England boss’, with FA worried he will quit to take a Premier League job after World Cup

Gareth Southgate has reportedly been offered an eye-watering £6million a year – DOUBLE his current salary – to sign a contract extension and continue as the England manager.

The FA are huge fans of the 51-year-old and are desperate to keep him in charge of the men’s senior team beyond Qatar 2022, and are now set to make him a big-money offer.

The Sun report that the FA are so worried he will leave to take a Premier League job after next year’s World Cup that they will offer him double his current salary to extend his deal. 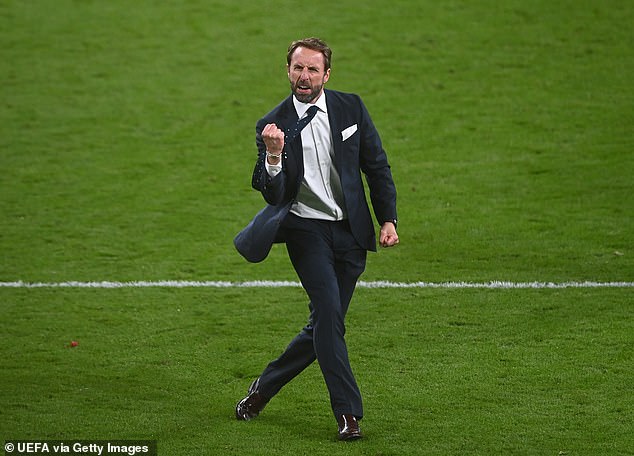 The England boss led his country to the final of Euro 2020 in the summer, before losing to Italy

Full talks are expected to begin after the current international break, in which the Three Lions face Albania and San Marino in World Cup qualifiers.