‘He needs to focus on his game’: Mesut Ozil is told to put commercial interests to one side by Fenerbahce president Ali Koc after German’s lack of form at Turkish club since move from Arsenal

Mesut Ozil has been told to focus on football by Fenerbahce president Ali Koc with the ex-Arsenal man struggling to find form on the pitch.

The German, who won the World Cup in 2014 with his country, moved to Fenerbache from Arsenal last January amid huge fanfare in the Turkish capital.

Yet it has been far from plain sailing for the 33-year-old who has not been a regular in the team this season and Koc says Ozil needs to keep his focus on the pitch rather than off it. 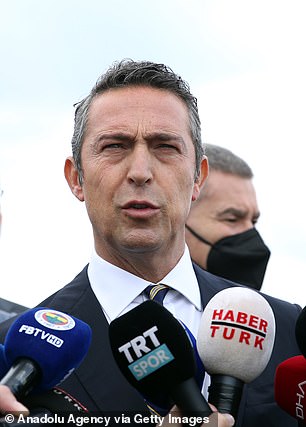 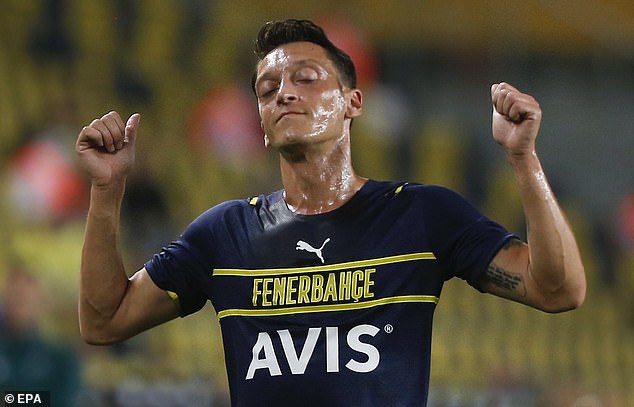 ‘Since the start of this season, Mesut Ozil has been compared to Robin van Persie (in terms of his status at Fenerbahce,’ Koc told Fernebache TV.

‘Ozil wants to play more. From now on, he needs to focus on his game and keep his commercial interests out of it. He needs to think about contributing to Fenerbahce.

‘Our coach also needs to try to figure out how to get the most out of Ozil. There is not a problem, despite what the media says. Mesut is unhappy because he does not play regularly.’

Ozil has started only four of Fernebache’s 12 league games so far this season, scoring three goals in nine appearances in total. 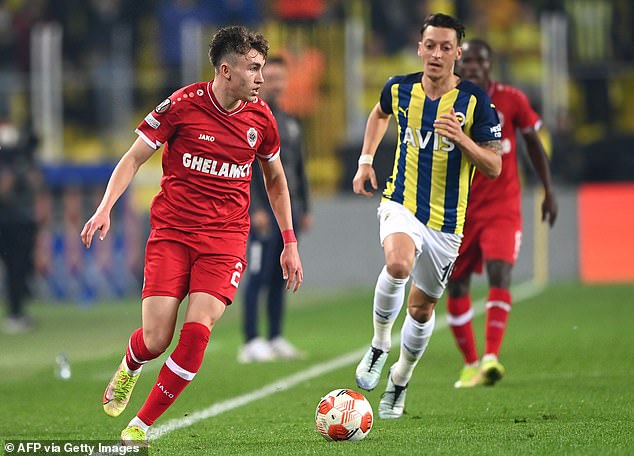 Yet the Istanbul-based club are already 10 points off Trabzonspor in first place and they’re currently positioned in seventh in the Super Lig.

Ozil was seen kicking over some water bottles in the Europa League last month after being substituted against Royal Antwerp in an indication of his current frustrations.

In September, there was speculation that clubs in Qatar and the MLS are considering a move for the former German international.