Slightly later than expected, Owen Farrell will reach his Test century on Saturday but the personal landmark barely registers with the England captain. What matters to him is an old rivalry and a new partnership.

Having missed last weekend’s emphatic victory over Tonga due to a Covid scare, the 30-year-old will make his 100th international appearance when he lines up against Australia at Twickenham. But Farrell has no desire to make any fuss about his cap tally — so much so that he will wait in line while Maro Itoje takes to the field first to mark his 50th match for England.

‘That is an achievement we will celebrate,’ said the skipper. ‘I am looking forward to doing that.’ 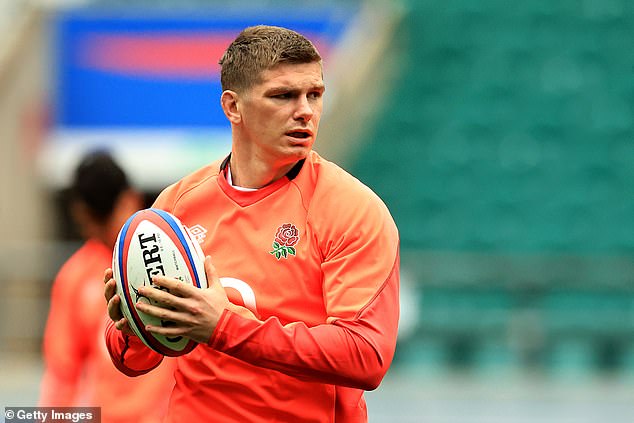 He is also looking forward to locking horns with foes who were familiar until the global pandemic kept them apart for two years. The last time England faced the Wallabies was at the 2019 World Cup, when their 40-16 quarter-final victory in Oita, Japan was the catalyst for recriminations and regime change Down Under.

It maintained an astonishing and unprecedented phase of English dominance over the old enemy from the far south. Since Eddie Jones took charge, his compatriots have been eclipsed — with seven Tests yielding seven England wins.

There can be no doubting the determination of Farrell and Co to extend this one-way traffic and the home captain said: ‘It’s always been a massive Test match — one you look forward to and love to be a part of. They’re a fantastic side and a fantastic sporting nation. There’s a fair amount of rivalry there. As a kid, I loved it when the Great Britain-Australia rugby league games came around. There were a fair few of them played in Wigan, where I grew up, so I got to plenty of them.’

Today’s England XV includes 11 of the players who started in Oita two years ago. One who wasn’t involved back then is Marcus Smith, the Harlequins fly half who is the new darling of the English rugby public. He will wear No 10 today and the anticipation which will be felt by the hordes at Twickenham is also felt by Farrell. 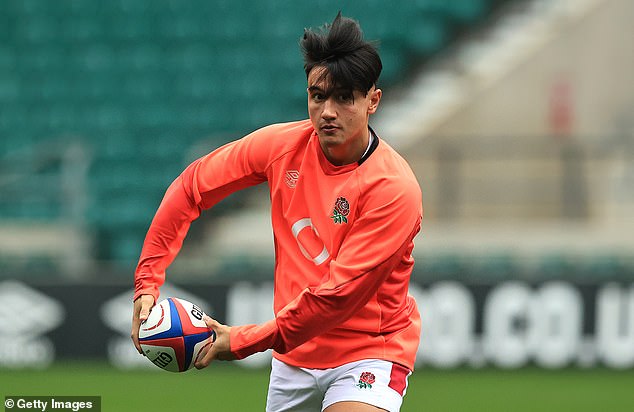 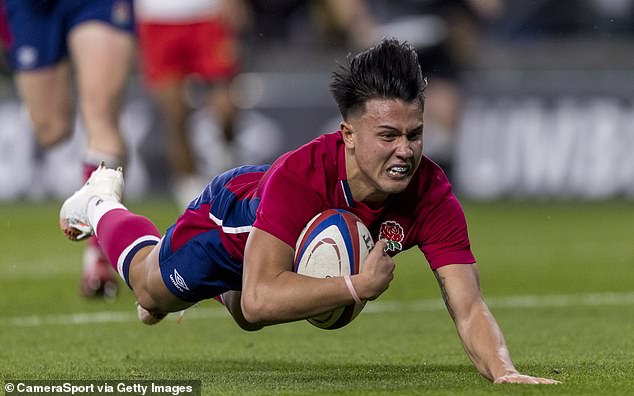 This is not someone inclined to toss around gushing tributes, but he is evidently impressed by his new sidekick. Very impressed.

‘Marcus runs the attack and he’s been brilliant,’ said Farrell, who will operate at inside centre.

‘He’s been playing unbelievably well and has come in here and put his stamp on it. He’s been flying this week in training.

‘I’m obviously excited. He’s a fantastic player. Probably the most special thing is his ability to unlock a game on his own.

‘His ability to control a game and his team, but with a sharpness to rip a game open in a blink of an eye, is hopefully something he keeps going for the rest of his career.

‘We will try and help each other as much as we can. As far as him being himself and getting his game out there, I don’t think that’s something people need to worry about.

‘He’s been doing really well in training, he’s been showing that he wants to get the ball and everyone should see that on the pitch.’ 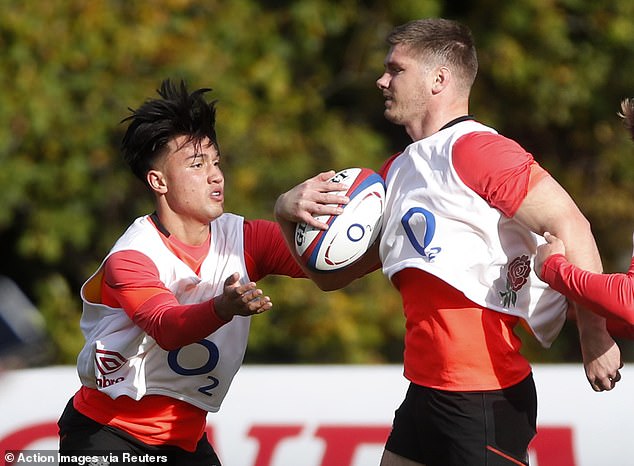 ‘Probably the most special thing is his ability to unlock a game on his own,’ Farrell said of Smith

Those words provide an enticing glimpse of glorious potential. The new England vision is starting to take shape. This is the playmaker partnership Jones (right) had wanted to unleash and now the chance has come.

It is an in-at-the-deep-end introduction for the new double act, but the coaches are convinced that they can thrive.

England will miss Ellis Genge and Joe Marler — the isolating looseheads — but Sale rookie Bevan Rodd can add to their collective clout at the breakdown, which will be useful against a side led by the magnificent and tenacious Michael Hooper in the back row.

The Wallaby captain politely but firmly dismissed Jones’ assertion that the Australians have an inferiority complex against England, saying: ‘I can’t speak for Eddie or our guys, but I don’t feel that way. Our record hasn’t been great, but every new game is an opportunity and the ledger is all square when we run out at Twickenham.’

For all Hooper’s admirable conviction, this is not the Australia side who beat world champions South Africa in back-to-back Rugby Championship encounters.

This is not the Australia side who won five Tests in a row to point to brighter times ahead. For a start, they are without their three best backs — Quade Cooper, Samu Kerevi and Marika Koroibete. None of that lethal trio are on this tour and now head coach Dave Rennie has been forced to patch up his decimated front row.

The formidable England pack will expect to gain an edge in the scrum and parity, at least, in the lineout and in the ruck contest.

If they manage that, all the firepower in the reshuffled home back line should be nigh-on impossible for the visitors to repel, as long as Smith is undaunted by the occasion and manages to showcase his sorceror’s repertoire. It is therefore hard to envisage an upset today.

The era of English dominance should be extended.

No wonder Farrell is excited.