Adama Traore, Allan Saint-Maximin, Neymar and Kylian Mbappe have made the cut for the best dribblers in Europe this season according to a new analysis, but Lionel Messi does not even make the top 50.

The latest statistics suggest Traore is the best with the ball is at his feet, which underlines the interest building in the Wolves winger ahead of the January transfer window, even if he still struggles to convert exciting runs into goals and chances.

In a study from CIES football observatory, Traore has recorded 11.2 successful dribbles for every 100 minutes of play, well ahead of his nearest rival, Portuguese forward Rafael Leao of AC Milan, who achieved 7.2.

But most notable by his absence from the list is PSG’s Messi, who fails to make the list of the top 50 ballers in the big five European Leagues.

The record six-time Ballon d’Or winner is widely regarded as the greatest dribbler of all time, up there alongside his Argentinian compatriot Diego Maradona, however, the forward’s patchy form in Paris is taking its toll.

Last season, while still at Barcelona, Messi enjoyed almost twice as many successful dribbles as this time around. Figures recorded by FBREF reveal Messi performed 4.9 dribbles per 100 minutes at Barca, compared with just 2.7 for PSG, so far this term.

And while he produced 30 goals and nine assists in Spain in 2020-21, he is yet to score or create a chance for a team mate in five Ligue 1 appearances.

The lack of form and an injury scare, which saw Messi withdrawn at half-time in PSG’s 1-0 win over Lille on Friday, has forced the club’s director of football, Leonardo, to defend the marquee signing, who moved to the French club in the summer.

‘Messi arrived and… spent his first two months more in the national team than in Paris. When you travel so much, it is logical that there is a muscle discomfort,’ he told L’Equipe this week.

That said, Messi has looked more like himself in the Champions League, where he has scored three times, including a stunning dribble and strike in the 2-0 victory over Manchester City at the Parc des Princes in September. 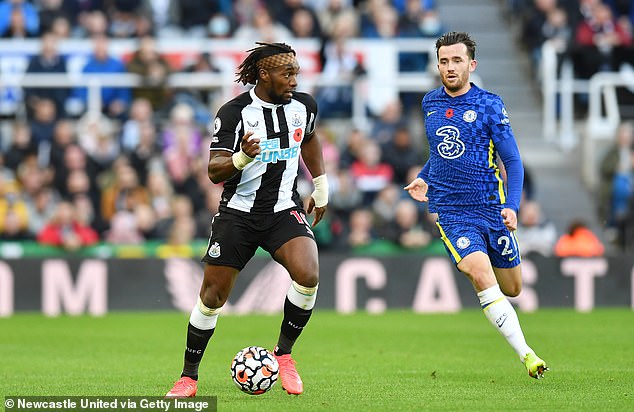 International commitments do not appear to have had such a stifling effect on Messi’s Brazilian team mate, Neymar. He has three assists and one goal from seven matches. Meanwhile, Mbappe is flying scoring five and making five in 11 Ligue 1 games. 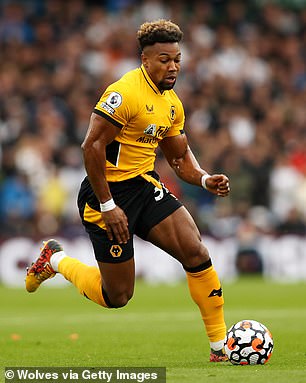 However, Traore remains an enigma.

The CIES stats confirm what Wolves fans can see every week: The Spaniard is well ahead of Premier League rivals when it comes to dribbling.

Second in the list is Saint-Maximin and third is Tottenham’s Lucas Moura with 4.5 successful dribbles per 100 minutes played, followed by Southampton’s Moussa Djenepo with 4.13.

Also in the English top 10 are Wilfried Zaha, Mason Greenwood and Michail Antonio

While Traore’s strength, power and skill enable him to wreak havoc in opposition defences, he is yet to find the final pass or killer touch in front of goal.

Wolves’ new manager, Bruno Lage, appeared to have a plan for the 25-year-old when he took over in the summer, giving him freedom to come inside and link up with forwards and midfielders.

The tactical shift has seen Traore enjoy a dramatic increase in the number of shots per 100 minutes, up from 1.6 last season to 2.6 this term, according to FBREF, but there are still no goals, or assists.

Earlier this season, after Traore missed chances, including a crucial one-on-one opportunity, at Leicester City, which saw Wolves slide to a 1-0 defeat, Lage stressed his staff would be working with the mercurial talent.

‘Adama has his abilities,’ said Lage in August. ‘He has to improve a lot of things and, for sure, the shooting. He could have scored two or three goals today and he created a lot of chances. Adama is a top player, a top man, he wants to improve. We will work to improve that skill. He needs to do.’

However, questions may now be asked if the Portuguese manager has run out of patience with the talented winger.

After nine appearances, Traore was dropped when Wolves took on Everton at Molineux on Tuesday and he did not come off the bench. The home side raced into a two-goal lead in a rampant first-half performance eventually winning the game 2-1.

Good dribbling is clearly no guarantee of success. Tottenham’s Lucas Moura has also struggled to turn his prowess on the ball into clear cut chances and goals under former Spurs’ boss Nuno Espirito Santo.

In contrast, Saint-Maximin has produced an end product, scoring twice and providing three assists in a struggling Newcastle team that has only scored 11 times in the Premier League this season