It is only a fortnight since Australia limped to an eight-wicket defeat against England that seemed to reflect the chasm between the sides.

On Sunday in Dubai, it is they — not Eoin Morgan’s team — who line up in the final against New Zealand, with a new name certain to be etched on the T20 World Cup trophy.

The sense of a group of underdogs proving critics wrong is unfamiliar to Australian cricket. But three wins out of three since the England debacle, including Thursday’s stunning heist against the unbeaten Pakistanis, has encouraged the feeling that this might be their time. 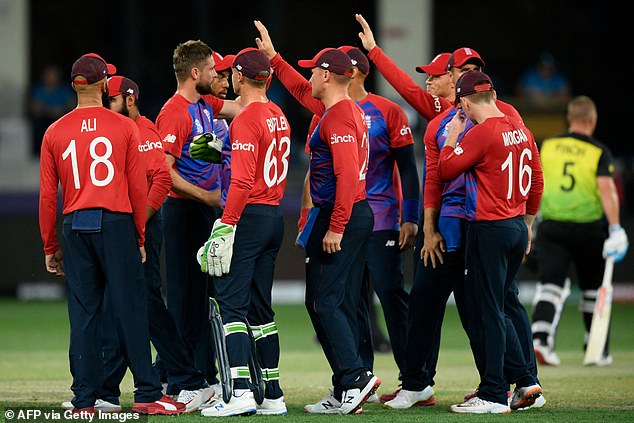 ‘I don’t reckon many people gave us a chance leading into this tournament apart from probably the players,’ said Marcus Stoinis, whose stand of 81 off 40 balls with Matthew Wade finished off Pakistan.

‘It’s going to mean a lot, and we’ll be super proud when we bring it home. Our confidence is as good as I’ve had in a long time playing for Australia.’

New Zealand, too, are aiming to become the sixth different winners in seven editions of the T20 World Cup (only West Indies have won it twice) — as well as double world champions after claiming the inaugural Test title against India in June.

But they will enter Sunday’s game weakened by the absence of Devon Conway, who broke his right hand hitting his bat after being dismissed against England. 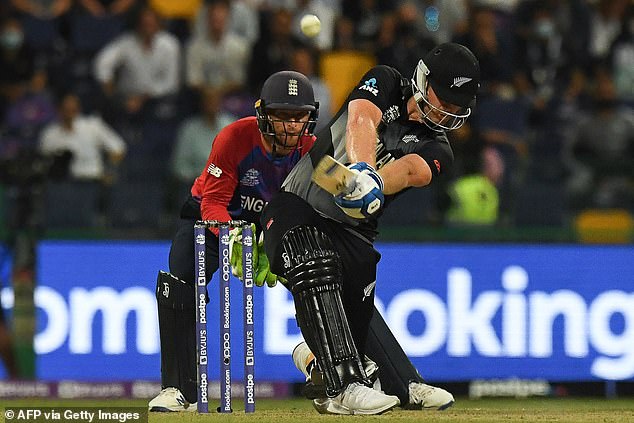 New Zealand coach Gary Stead described Conway’s act as ‘not the smartest thing he’s done’. He added: ‘He’s gutted to be out, so we’re trying to rally around him.’

For Australia, the pieces are falling into place.

Opener David Warner has reacted to queries about his future with important innings, while Wade believed he might have been playing his last game before he hit Shaheen Shah Afridi for three sixes in a row to seal Thursday’s win. ‘It won’t be now, will it?’ laughed Australia coach Justin Langer.

Both teams know an early blow can be struck before a ball is bowled because of the importance of the toss. Australia have won five out of five batting second, and New Zealand three out of three. All nine floodlit games at Dubai in this tournament have been won by the chasing side. As New Zealand seamer Tim Southee put it: ‘Everyone has a little glance over once the coin has gone up. Everyone stops and watches.’ 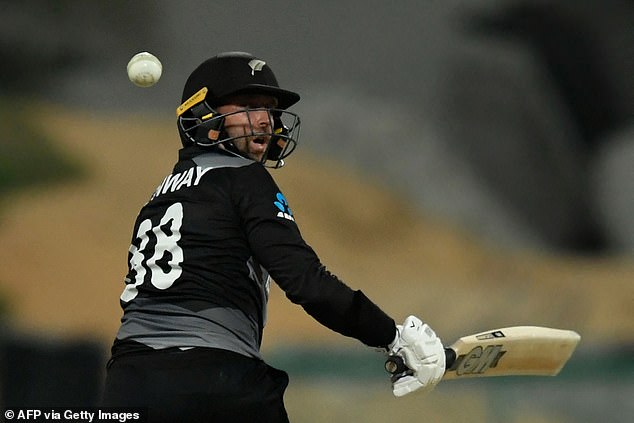 That made Langer’s admission that Australia captain Aaron Finch had considered batting first against Pakistan all the more remarkable. He added: ‘You can’t deny the statistics but it’s important we have the mindset, whether we bat or bowl first, that we can win.’

England can only watch on from afar and Joe Root and Co may be hoping for a New Zealand win to avoid the Aussies entering the Ashes in buoyant mood.

New Zealand beat Australia 3-2 in a T20 series at home earlier this year, but have won just four World Cup games out of 12 against them across the white-ball formats. There will be no better moment to redress the balance — from a Kiwi and English point of view. 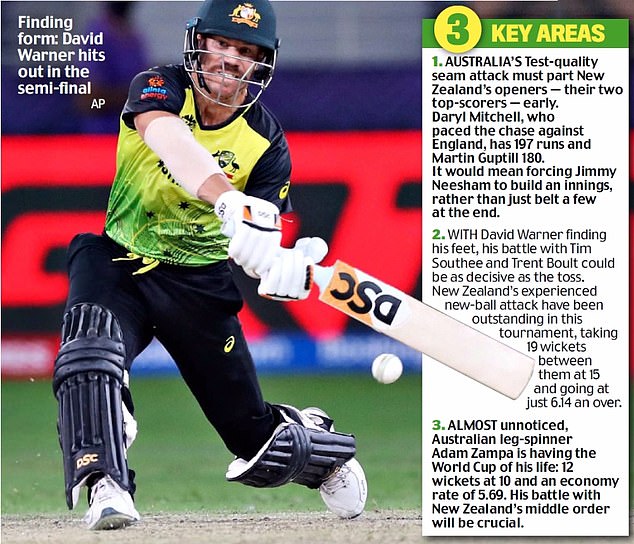