Scotland 15-30 South Africa: Makazole Mapimpi magic lights up Edinburgh as composed kicking proves key for the Springboks on a day when Stuart Hogg became the joint-highest try-scorer for his country

South Africa wing Makazole Mapimpi scored two tries but it was the tourists’ forward dominance that laid the platform for a resounding 30-15 victory over Scotland in the autumn international series match at Murrayfield on Saturday.

The Springbok pack put in a powerful performance at the set-piece and breakdown in an impressive show of brute force.

Elton Jantjies (3), Handre Pollard (2) and Frans Steyn all kicked penalties as the Scots were forced into frequent infringements. 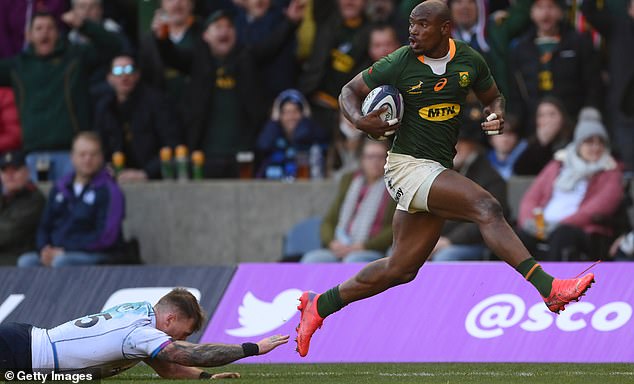 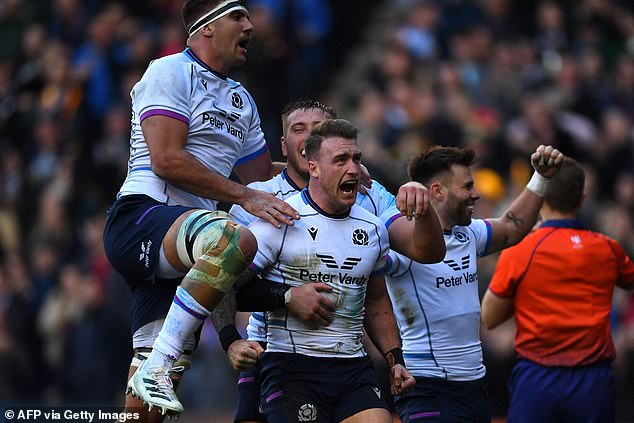 The world champion Boks, who trailed 10-8 at half-time, made it back-to-back wins in the Autumn Nations Series after defeating Wales last weekend and finish against England at Twickenham next weekend, while Scotland will host Japan.

South Africa, who had director of rugby Rassie Erasmus reprise his controversial role as water carrier, starved Scotland of the ball in the first 15 minutes but could not convert their time in the home side’s 22 into points, in part through good defence but also their own inaccuracy.

The teams traded penalties before the visitors hit the front as they fed off some scrappy Scotland play with ball in hand.

Centre Lukhanyo Am won the turnover and, as the ball went wide, the electric Mapimpi raced down the touchline to score a try.

Scotland hit back off some poor ball retention from the visitors and showed good hands down the left wing as Hogg went over for a converted score that gave his side the half-time lead.

But South Africa turned it up a notch in the second half as their much-vaunted Bomb Squad came off the bench to add fresh forward power that Scotland simply could not counter. 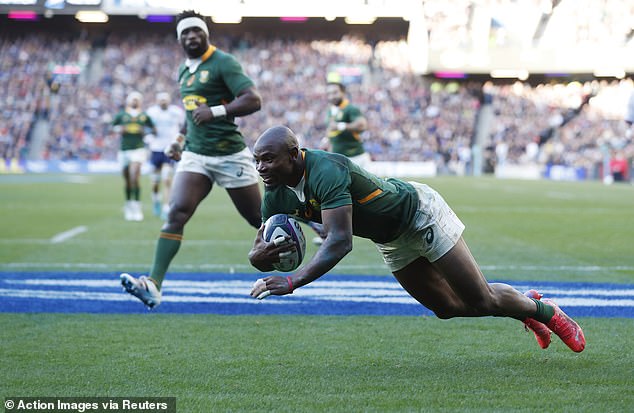 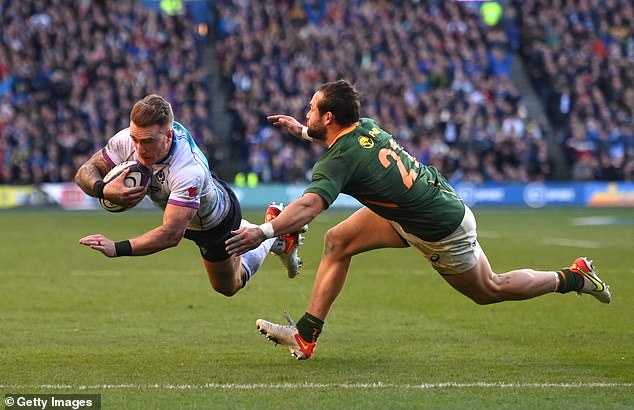 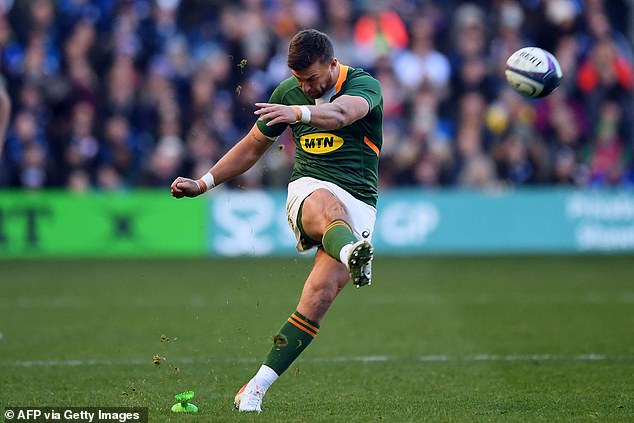 However, Handre Pollard and Frans Steyn penalties snuffed out any hopes of a comeback

They hit the front again three minutes into the second period when Am won another turnover and centre Damian de Allende broke between two defenders before feeding the master finisher Mapimpi to score his second try.

Jantjies extended the lead to 11 points with two penalties as the Boks’ forward power forced Scotland into infringing in their own half, but the hosts stayed in the contest with a second try for Hogg after an excellent move from an attacking line-out.

At that stage they trailed by six points, but the Scots missed three more attacking lineouts in quick succession on their own throw in a momentum killer for them, and the visitors finished much the stronger in the final 15 minutes.