An unnamed former Essex player has lodged allegations of racism during his time at Chelmsford.

‘I am extremely shocked and saddened to hear of historic racial allegations involving a former player, dating back to 2001. There is absolutely no place for discrimination of any kind at Essex County Cricket Club and we have a zero-tolerance policy towards racism,’ Stephenson said.

‘I immediately reached out to the former player to offer him my and Essex County Cricket Club’s full support and to encourage him to come forward and talk to myself and the club about his experiences.’

This was the second episode Essex have had to deal with inside 48 hours.

On Friday it was revealed that chair John Faragher had resigned after being accused of using the phrase ’n***** in the woodpile’ during a meeting in 2017. He has denied using the derogatory phrase and the ECB has opened an investigation.

Although Essex has become the second crisis club on the back of the revelations, the entire county game is braced for an uncomfortable few weeks following the introduction of whistle-blower hotlines and improved reporting mechanisms in relation to alleged discrimination.

Doubts have surfaced over which Yorkshire representatives will be questioned at Tuesday’s parliamentary hearing into the handling of Azeem Rafiq’s claims of institutional racism at the club. 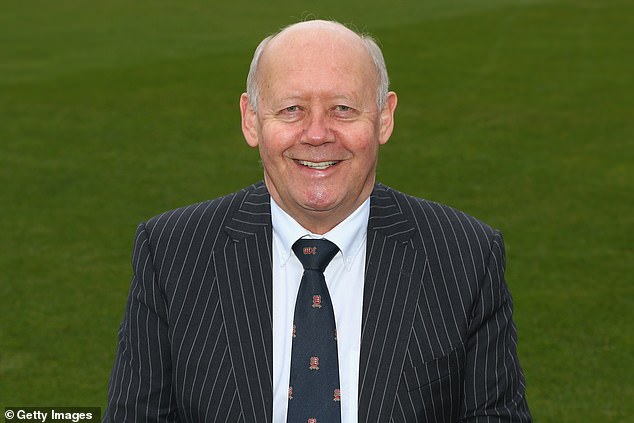 Mark Arthur was one of those named to be quizzed by MPs on the Digital, Culture, Media and Sport Committee but his resignation as chief executive last week has placed his appearance under a cloud. Martyn Moxon, the director of cricket, will be absent on health grounds.

Both men were part of the senior management team of whom Rafiq has been so critical following the delayed publication of a redacted report that found him to be the subject of racial harassment and bullying.

Yorkshire have been invited to submit witnesses by the DCMS to ensure a fair hearing for all parties concerned.

However, despite former Yorkshire chair Roger Hutton, Arthur and the club’s long-serving director of medical services Wayne Morton being identified on the government department’s website as set to appear, only Hutton appears on the schedule list.

A DCMS spokesperson said: ‘The committee does not comment on discussion in private meetings. Yorkshire County Cricket Club have been invited to provide their perspective on events.’

It remains to be seen how the DCMS would view failure to attend by those invited. Rafiq will be the first to answer questions from the committee, chaired by Julian Knight MP, at 9.30am. Hutton, who quit as Yorkshire chair last week, follows at 10.15am, while ECB chief executive Tom Harrison and the governing body’s acting chairman Barry O’Brien will be asked to provide details on cricket’s processes for dealing with discrimination complaints an hour later.

Yorkshire remain in the spotlight after an independent inquiry upheld seven of 43 allegations made by Rafiq, and a subsequent intervention by the ECB forced fresh club and gamewide investigations.