Tennis has been plunged into a crisis in its key relations with China after demands were issued for an investigation into sexual abuse allegations made by former Wimbledon doubles champion Peng Shuai.

The WTA Tour issued a statement last night out of concern for the 35-year-old player, who won the All England Club title in 2013, and also made the singles top 20.

Last week she posted on Chinese social media site Weibo alleging that she had been forced into having sex with senior politician Zhang Gaoli. He is forty years her senior and until 2018 served as the government’s senior Vice Premier. 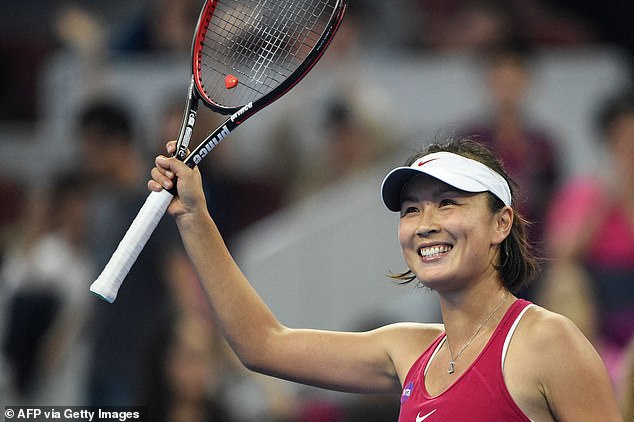 Peng, 35, is a famous Chinese tennis player and former winner of the Wimbledon doubles title

While acknowledging that the two of them had an affair in the past dating back to 2011, she stated (in her native language) that in 2018 it was rekindled, and she was compelled into having sex with him at his home.

The message, on a platform heavily monitored by the Chinese authorities, was taken down within 30 minutes. Since then internet references to one of the nation’s best-known tennis players have been largely erased.

It is the first time that such charges have been made against a senior politician there, and the married Zhang Gaoli is yet to respond.

Peng Shuai has not played on tour since March this year, although claims that she has ‘vanished’ have not been verified. According to WTA sources, she is believed to be safe, but her exact whereabouts are unknown and they have not been able to contact her directly. 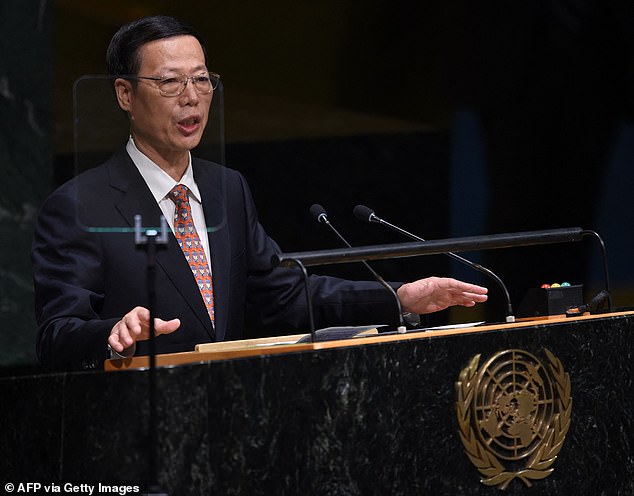 While unspecific the statement from WTA Chief Executive Steve Simon was firm, saying: ‘The recent events in China concerning a WTA player, Peng Shuai, are of deep concern. Her accusation about the conduct of a former Chinese leader involving a sexual assault must be treated with the utmost seriousness.

‘We expect this issue to be handled properly, meaning the allegations must be investigated fully, fairly, transparently and without censorship.’

In recent years the women’s tour has become increasingly reliant on the Chinese market to host events, having become the sport’s biggest growth area since the emergence of US and French Open champion Li Na.

While all events in Asia this autumn were cancelled due to the Covid crisis, in 2019 (the last full season) there were ten of them in China on the main WTA Tour, aside from many more at lower tiers of the circuit. 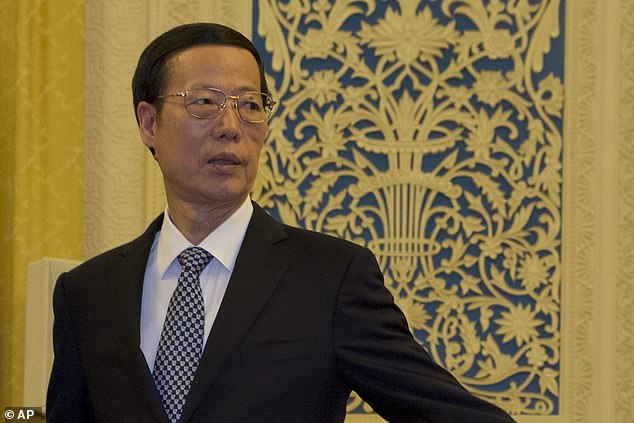 The year-end finals in Shenzen were especially lucrative, offering a record total of £10.4 million in prize money to the eight qualifying players, considerably more than the corresponding men’s event.

The additional staging fee paid into WTA coffers was reckoned to be more than that amount, making it a key component of the female game’s economy.

Last night’s statement notably stopped short of mentioning the tournaments there, and what the consequences might be for them.

It is difficult to see what leverage the WTA have, given the all-powerful status of the Chinese Communist Party, but the issue will not go away. American legend Chris Evert tweeted her unease with the situation, saying: ‘These accusations are very disturbing. I’ve known Peng since she was 14; we should all be concerned.’