England’s final World Cup qualifier was thrown into jeopardy after a ‘loud bang’ at the San Marino Stadium in Serravalle resulted in a power outage just hours before kick off.

Gareth Southgate’s side need just a single point to secure automatic qualification for next year’s tournament in Qatar and are expected to sail past San Marino later this evening.

However, tonight’s venue in Serravalle was struck by an electrical problem with a major power outage resulting in pitch black darkness.

Electricians were able to resolve the issue swiftly and it appears that the game is all set to go ahead, with kick off at 7.45pm GMT.

It is not the first time that the Three Lions have encountered difficulties while on their travels this campaign. Last month, a huge fire at Andorra’s Estadi Nacional erupted just 24 hours before kick off.

The fire resulted in one of the media gantries being destroyed — just over an hour after England had trained in the stadium.

The fire wrecked thousands of pounds worth of broadcasting equipment, including the VAR screen that was already pitchside ahead of the match. 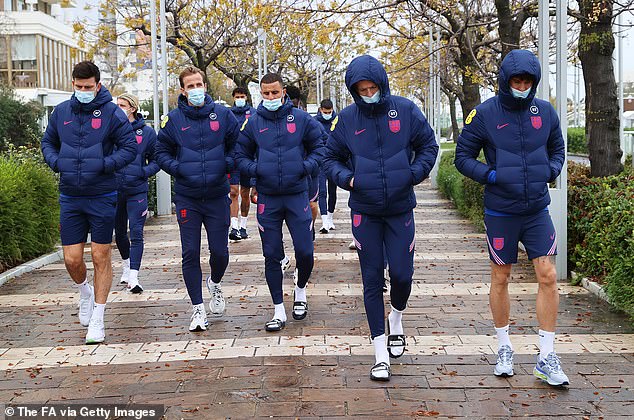 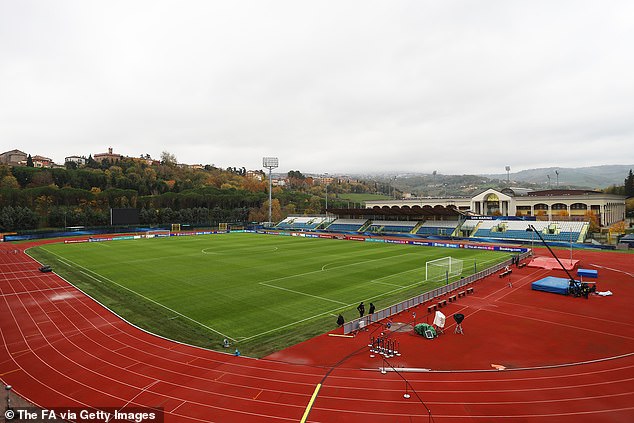 However, the stadium went into pitch black darkness just hours before tonight’s kick off 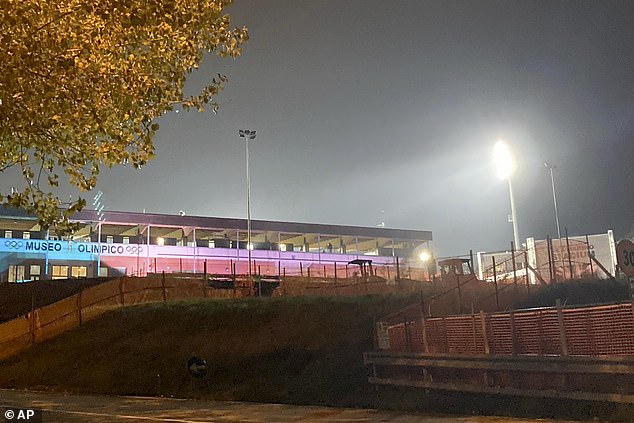 After the ground received a safety certificate, the game went ahead and England swept their opponents aside with a 5-0 victory.

Over the weekend, a similar electrical issue was encountered by non-league side Marine during their FA Trophy clash with Dunston.

The game was halted for 50 minutes due to the floodlights going out and the intervention of Dunston midfielder Phil Turnbull – an electrician by trade – went viral after the 34-year-old was pictured examining the fuse box in a bid to resolve the issue.