UEFA have banned West Ham fans from attending the club’s next away game in the Europa League.

UEFA charged the Hammers following their game against Genk on November 4.

They accused travelling supporters of crowd disturbances and the throwing of objects during their match in Belgium.

Those charges were upheld by UEFA on Monday.

In a statement, UEFA said ‘The UEFA Control, Ethics and Disciplinary Body (CEDB) has announced today the following decision for the group stage match KRC Genk vs. West Ham United FC (2:2), played on November 4 in Belgium. 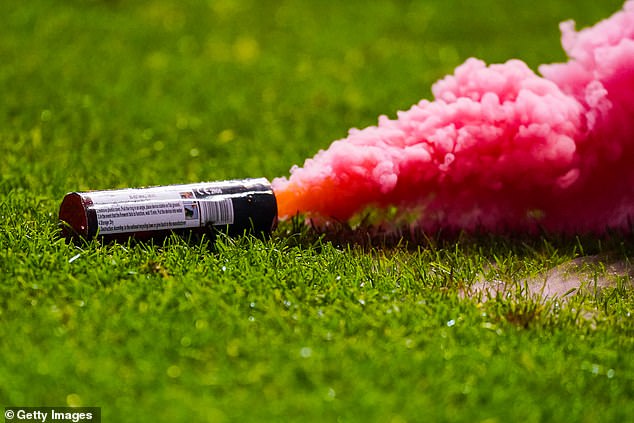 West Ham travel to Rapid Vienna in the Europa League on November 25.

David Moyes’ side are top of Group H with 10 points from four games and are six ahead of third-placed Genk.

They require a draw in Vienna to reach the knockout stages.