What does it say about the Race to Dubai and this week’s grand finale, the DP World Tour Championship, if world No 1 Jon Rahm, third in the standings and with a 1-4-1 record in three previous appearances in the event, doesn’t show up?

Not fit for purpose? Or still full of intrigue, regardless?

No American has ever won the Order of Merit, as it was formerly known, and now the leading positions are occupied by Collin Morikawa and Billy Horschel.

History is on the line therefore, with the promise of a fine duel between Open champion Morikawa, who could dethrone Rahm as world No 1 if he wins the Tour Championship as well, and Horschel, who claimed the WGC-Match Play title in Texas as well as Europe’s flagship event, the BMW PGA at Wentworth.

Both regard themselves as global players and have made it clear how much it would mean to win the Harry Vardon Trophy. The supporting cast is pretty illustrious as well, led by Rory McIlroy.

Why it has lost its lustre

There is no question the loss of Rahm, given his position in the rankings and record at the course, is a massive blow. It also needs pointing out that if the requirements for tour membership were as easy to fulfil back in Tiger Woods’ day as they are now, he would have become the first American to win on at least four occasions.

There will be another race next year, under the auspices of the shiny new DP World Tour. Thereafter, who knows? In 2023, the Americans are keen on a global series of four events held around this time of year for the top players, in a further move to keep them out of the clutches of the Saudis. 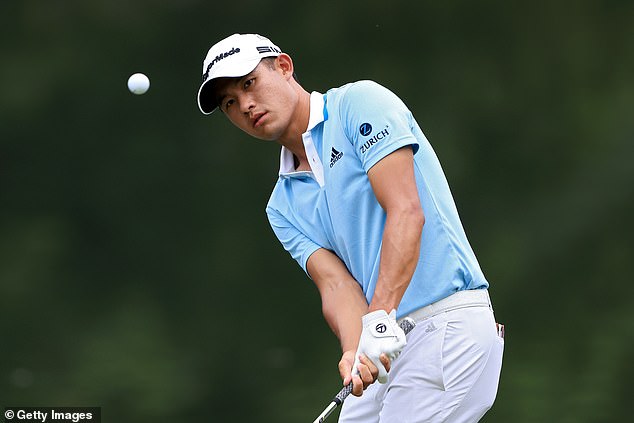 How that will sit with the climax of the Race to Dubai and whether the Tour Championship will be part of the series has still to be worked out with their strategic partners in Europe.

In the meantime, some of the elite are wondering why releases to play any event in Asia, once given automatically, are currently marked ‘to be determined’. The Saudis have bought the Asian Tour, of course. This isn’t going to end peacefully.

No one is pretending it is the Open, but you only have to go back 12 months to Lee Westwood’s emotional victory — when Rahm and McIlroy were both absent — to see this is a week that invariably delivers. Given what is coming down the line, with the Saudi menace to split the game remaining a clear and present danger, we should enjoy it while we can.

This might be the last we see of Olesen

What do you say to a golfer awaiting trial on charges of sexual assault? When the case of Thorbjorn Olesen finally reaches court next month, it will be two-and-a-quarter years following the alleged incident on a plane coming home from a tournament in Memphis.

On Sunday, the 31-year-old Dane played his final round of golf before the outcome, a creditable 66 under the circumstances, for a share of eighth place in the Aviv Dubai Championship. He got a warm embrace from playing partner Andy Sullivan after one final birdie at the 18th. 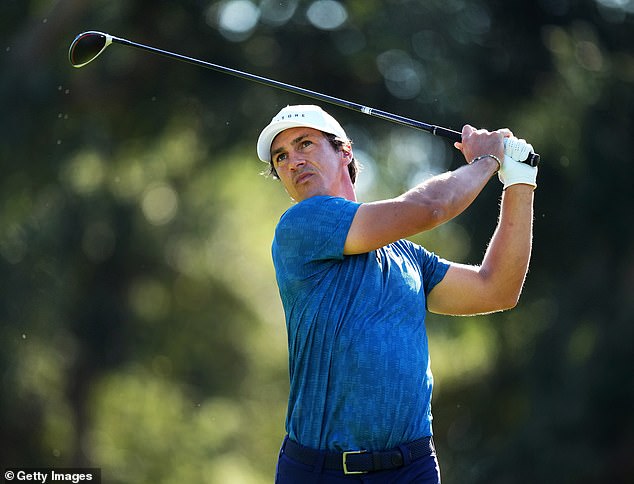 If truth be told, I didn’t know what to say to the man who was part of Europe’s Ryder Cup team in 2018. Every mumbled question strictly about golf must still have felt like a detonation to someone who knew he couldn’t say anything that could possibly be traced to his trial.

After a few responses that began ‘I’m sorry but…’ he wandered off, and who knows when or if he will be seen on tour again.

The Champions tour for the over-50s wrapped up in America on Sunday with another remarkable achievement for Bernhard Langer.

Not only did he clinch the overall money title for a sixth time, he posted a round of 63 during the final event to beat his age for the first time by a shot. ‘That must be one of the greatest rounds I’ve ever played,’ said the German.

To think, they used to consider your first five years as a senior were the ones to make hay. Is there anyone else in any sport ridiculing the supposed effects of ageing to quite the extent of this man?

On the LPGA Tour last week, a two-year lease on a Lamborghini was offered to each player who holed in one — and three very happy women managed the feat.

It all took me back nearly a quarter-century to the day when an amateur golfer playing at Mill Ride in Ascot won a Lambo outright for an ace, watched by half the England football team.

What a lucky so-and-so. I wonder whatever happened to him?