Dustin Poirier has reminded Justin Gaethje of what happened the last time they fought with ‘The Highlight’ chasing the next lightweight title shot.

Gaethje is battling hard to secure an opportunity against the winner of Poirier vs Charles Olivieria next month at UFC 269 but ‘Diamond’ was swift to remind him of their 2018 encounter.

‘The Highlight’ recently said Poirier would rather head off into retirement than give him a rematch, but the Louisiana native has flatly denied those claims. 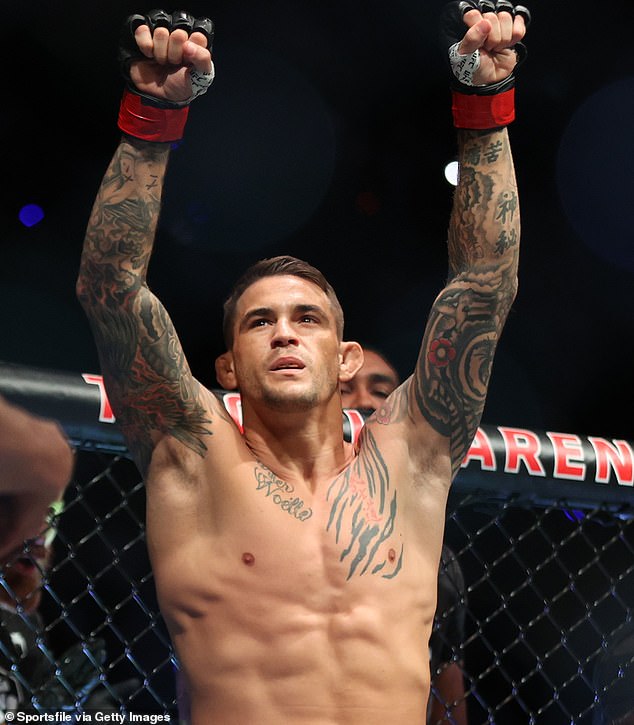 He told The MMA Hour: ‘It’s enticing, it makes people interested, it’s a hook, he’s hoping I bite onto it and beat [Charles] Oliveira. Ah, Gaethje, I’ve got to give it to him now because he’s the one running his mouth.

‘Good on him. I’m a fan of him. I have nothing bad to say about the guy, but I beat him that night in his home town. What else can I say?

And on those retirement comments, he added: ‘Nah, man – I’m a fighter. I’m fortunate enough now, with this year that I’ve had, I could walk away.

‘It’s a great position to be in, but these guys need ass-whoopings, and I’m the guy to give it to them. And we can’t walk away like that.

So what of the last time they fought, the second of Gaethje’s three career defeats? 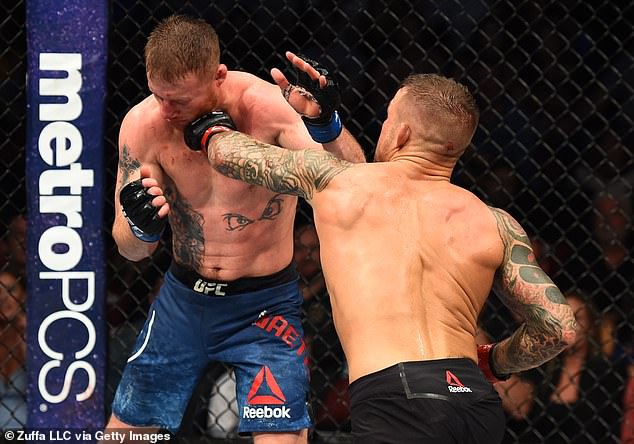 Gaethje suffered a KO defeat at the hands of Poirier, who is fighting for the title next

‘I was back at the big Airbnb, we did like a house party, I’m drinking Modelos and I was fine. [Gaethje] doesn’t have any memories of going back and looking at the fight, because I knocked him out… probably kind of cloudy. I remember the night – it was a great night.

Poirier was an interested observer of the war between Gaethje and Chandler at UFC 268 but believes the way both men threw cation to the wind would be a dreadful idea against him.

He added: ‘You have to tighten it up, be more technical. You have me a thinking man in there, not just a brute, not just a wrecking ball — or you go in there and you get matadored, and that’s what I would do to those guys if they fought me that way. 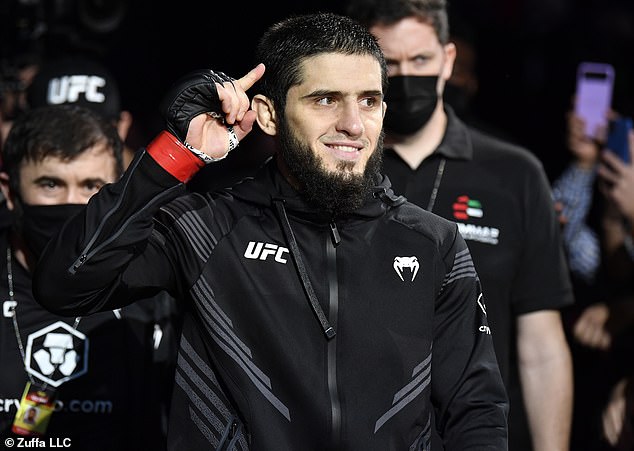 Poirier is not even convinced Gaethje will be the next man to challenge for the title, suggesting he should fight Islam Makhachev for that honour.

‘Gaethje, this is one fight since the title fight, so obviously he’s still the No. 2 ranked guy. Islam [Makhachev] is on a huge streak. It’s not my call,’ he said.

‘Maybe Islam needs to fight one more top contender, and then he’s next. Maybe Gaethje should fight Islam, that way they settle it. That’s the beautiful thing about fighting.’