Girl, 16, claims to have been raped by FOUR HUNDRED men in six months and tortured daily after being forced into sex work in horrifying abuse case dubbed ‘the most tragic in history’ in India

By Jack Newman For Mailonline

A homeless 16-year-old girl has claimed she was raped by 400 men in six months in India including two policemen after she was forced into sex work while begging at a bus stop.

So far, seven men have been arrested and the teenager from Beed, Maharashtra, who is now two months pregnant, said she could identify at least 25 alleged perpetrators.

After losing her mother a few years ago, the young girl was married off at the age of 13 to a 33-year-old man who allegedly sexually abused her.

A homeless 16-year-old girl has claimed she was raped by 400 men in six months in Beed, Maharashtra in India

But when she returned to her father who also assaulted her and refused to allow her back into the home, she claims.

The girl then decided to fend for herself on the streets while sleeping at a bus stop, CNN reported.

Women’s rights activist Yogita Bhayana said it was ‘the most tragic (rape) case in history’. 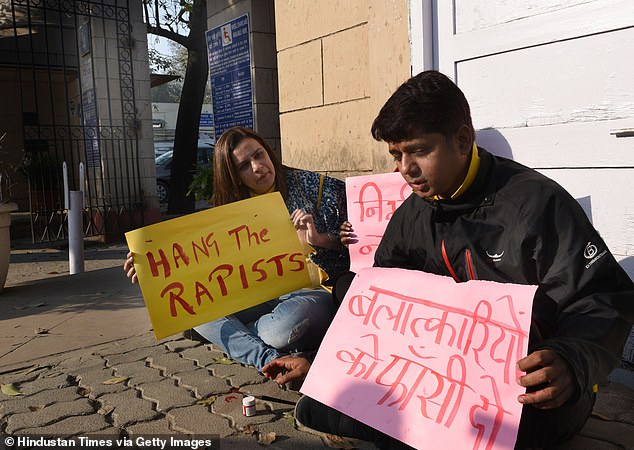 She added, claiming police had failed to protect her: ‘This girl was tortured every single day. We want strict action against all culprits.’

The young girl attempted to file a police complaint against an officer she accused of beating her up but the report was not registered.

But in a statement released yesterday, the force said it had registered cases against eight men, one of which was a minor.

They have also registered a case under the Prohibition of Child Marriage act.

Among those arrested are the girl’s father, husband and a pimp, it has been claimed.

India’s rape laws were overhauled after a 2012 gang rape in New Delhi but the number of offences remains high, with more than 28,000 rapes reported in 2020.

The actual number is likely to be much higher.

Police have long been accused of not doing enough to prevent violent crime and failing to bring sexual assault cases to court.