Premier League giants ‘weren’t BRAVE enough’ and ‘kept making excuses’ not to sign Virgil van Dijk when he was at Celtic because ‘doing it in Scotland didn’t mean a lot’, claims former club scout

Van Dijk has been hailed as one of the world’s greatest centre-backs after resolving Jurgen Klopp’s defensive woes and guiding Liverpool to Champions League glory and their first Premier League title in 30 years.

So, it is surprising that the Dutchman wasn’t snatched up by the Premier League’s giants earlier than his 2018 move to Anfield.

But it has now been revealed that a number of top-flight clubs enquired about the 30-year-old while he was impressing at Parkhead but they continuously found excuses to avoid signing him.

Moss, who was overseeing Celtic’s senior scouting department when they signed the defender in 2013, has claimed that the top-flight’s elite weren’t brave enough to make a move for Van Dijk.

‘When he was at Celtic, the number of Premier League clubs that used to phone me and ask about Van Dijk was huge,’ Moss said via Goal. 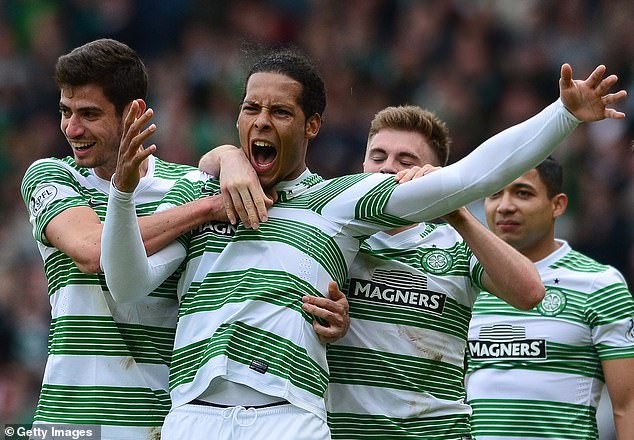 Despite impressing at Celtic, Premier League clubs were reluctant to sign the Dutchman

‘I always said the same things to everyone: “He is like a grown man playing in a children’s playground – he stands out like a sore thumb. Just sign him immediately, don’t think about it.”

‘He was fast, won all his headers, you couldn’t beat him one-v-one, he could pass 60 yards on both feet and he scored free-kicks. Incredibly, I kept getting excuses.

‘They were often about his performances in the Champions League or saying doing it in the Scottish league didn’t mean a lot, and people wouldn’t listen. 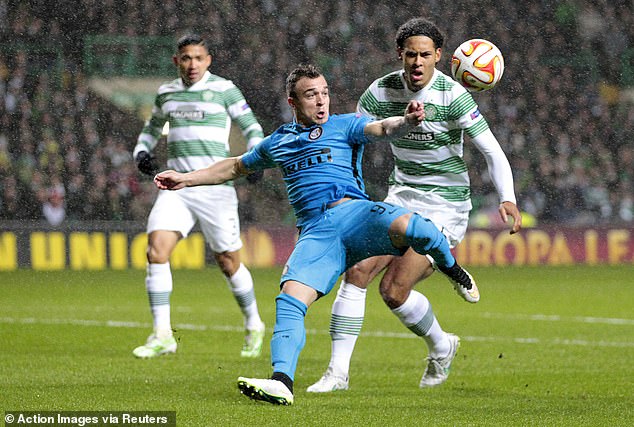 ‘Everyone inside Celtic had total belief in him, but a lot of people in football didn’t. For me, he didn’t need the Southampton step, he was ready for a big six move straight from Celtic. They just weren’t brave enough to bring him in.’

Van Dijk joined Celtic in 2013 after leaving his boyhood club Groningen but it took a while for England’s top clubs to realise he was the real deal.

Southampton eventually bit in 2015 when they brought the Netherlands international south of the border for £13m.

Three years later, the Saints sold him to Liverpool for six times that amount. 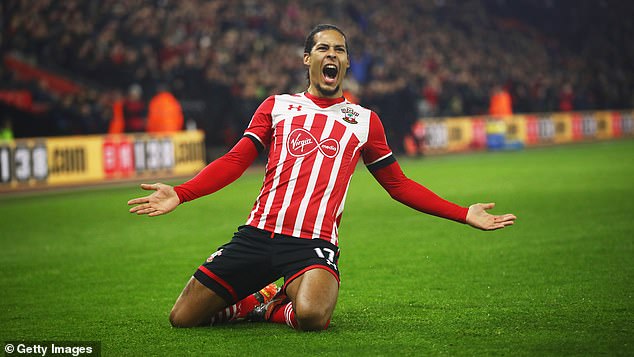