‘You never know in life’: Barcelona president Joan Laporta refuses to rule out sensational returns for Lionel Messi and Andres Iniesta after Dani Alves was unveiled at the Nou Camp days after Xavi came back as manager

Joan Laporta has refused to rule out the prospect of Lionel Messi and Andres Iniesta following Xavi and Dani Alves back to Barcelona.

As 38-year-old Brazilian right-back Alves was unveiled at the Nou Camp on Wednesday, having agreed to return on a short-term deal from January, Laporta continued the class reunion vibes.

It came after he appointed former midfielder Xavi to succeed the sacked Ronald Koeman as manager earlier this month. 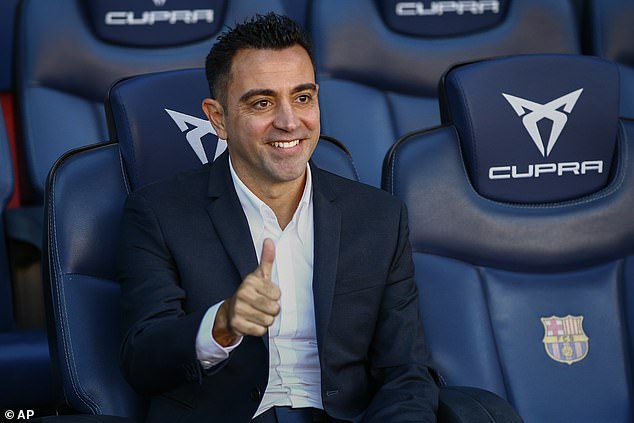 It came after another club icon, Xavi Hernandez, was appointed as Barcelona manager

Club icon Messi, 34, only left for Paris Saint-Germain last summer with Barcelona unable to afford a new contract for the Argentine.

With Messi struggling with knee and hamstring injuries this season, he hasn’t quite made the impression at PSG many expected.

Former Barcelona midfielder Iniesta, now 37, has played for Japanese club Vissel Kobe since leaving Catalonia in 2018. He signed a two-year contract extension with the club back in May.

But Barca president Laporta excited the club’s fans by saying: ‘I do not rule it out.

‘It has happened with Dani, who has already said that age is just a number and has also made a significant financial effort to return.

‘You are talking about two spectacular players, with Leo and Andres. 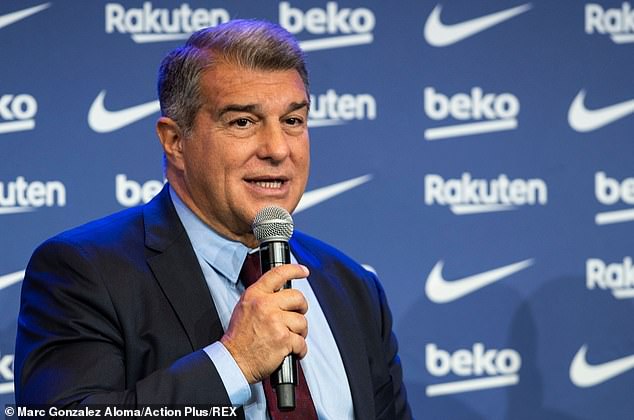 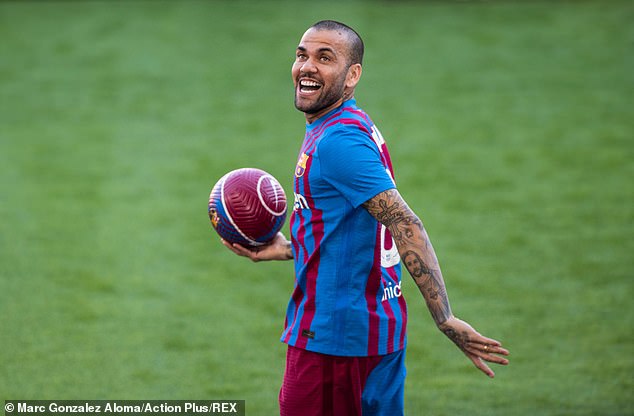 ‘I cannot predict the future, they are still playing. We will always keep them in mind, but at the moment they have current contracts with other clubs.

‘You never know in life.’

Alves, who will train with Barcelona but cannot play for the team until January, said it would be ‘incredible’ if Messi was to return from Paris.

He said: ‘What can I say? If you give me a couple of hours, I will look for him!

‘He is the greatest player I have been able to see and have as a team-mate. 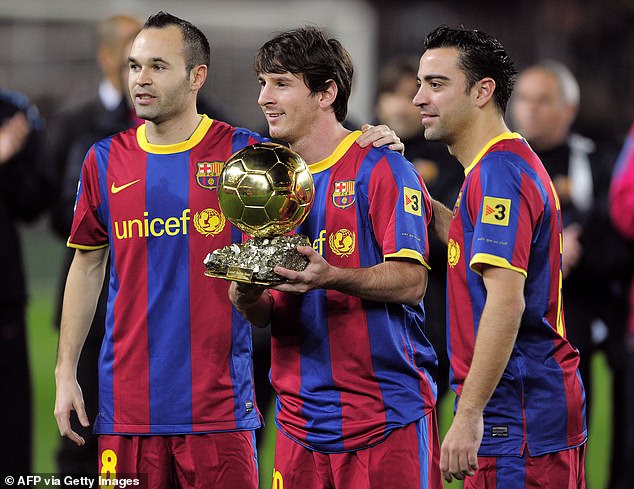 ‘The great players are always missed when they leave. It would be incredible to be able to see him here again. Unfortunately, he is not here.

‘I would encourage all former players to come back as there is nowhere to be found that is better than here.’

He added: ‘I’m very sorry for Messi and for Barca, but sometimes in life there are cycles that have to be closed.

Xavi takes charge of his first game as their manager against Espanyol this Saturday evening.