Manchester United have sent Paul Pogba on a warm weather training camp to Dubai as he steps-up his rehabilitation from a thigh injury.

Pogba, who sustained the injury whilst on international duty last week, is expected to miss a minimum of six weeks on the sidelines.

And United have allowed the France international to spend part of his rehab programme in the United Arab Emirates.

Pogba has travelled to Dubai with a coach who is keeping a close eye on his progress.

The midfielder is determined to return stronger than ever from his injury as he aims to play a key role for United during the second half of the season.

Pogba is likely to miss the rest of 2021 but is working hard to return as soon as possible.

The 28-year-old started the season in excellent form for United, registering seven assists in their first four Premier League matches.

However, his performances have tailed off as Ole Gunnar Solskjaer’s team also slumped and his career at the club reached a fresh low when he was sent off for a poor tackle on Naby Keita during the 5-0 home defeat to Liverpool.

He was then taken off early by Solskjaer during a disappointing performance in the 2-2 draw away to Atalanta in the Champions League. 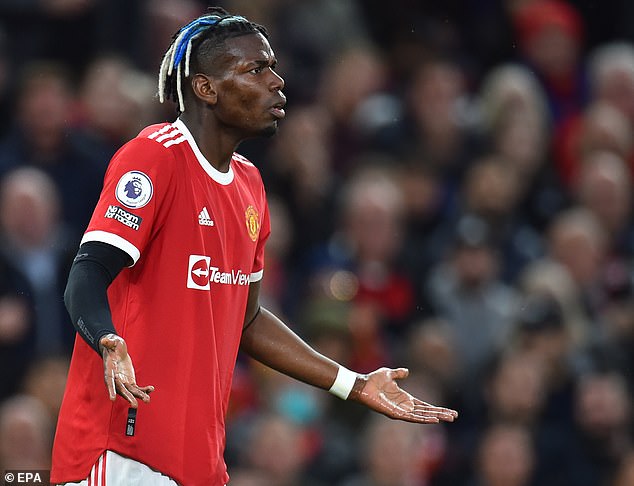 The games Pogba could miss

The Frenchman’s contract expires at the end of the season, meaning Pogba would be able to sign an agreement to join another club this January.

On Wednesday, his agent Mino Raiola dropped the strongest hint yet the midfielder could leave United, declaring ‘December is the month of dreams.’

Raiola again stirred up speculation as he made cryptic remarks in an interview with Italian channel Rai.

He said: ‘December is the month of dreams… and I can’t stop dreams, but it is better to not speak about Paul.

‘If some former Man United players don’t speak about me and Paul, they won’t work anymore.

‘It’s too early to speak about Paul Pogba’s contract. Let’s see what happens. I can’t stop anyone from dreaming.’