Manchester United Football Club saw losses narrow in the three months to 30 September as the return of fans to Old Trafford offset major transfer spending over the summer, which included the return of star forward Cristiano Ronaldo.

The club, which is listed on the New York Stock Exchange, revealed on Wednesday that losses for the quarter almost halved on the same time last year, falling from £30.3million to £15.5million.

It was buoyed by a 16.1 per cent increase in revenues to £126.5million, with matchday revenues bouncing from £1.7million in the same quarter last year – much of which fans were barred from entry owing to Covid-19 restrictions – to £18.8million.

Revenues were also boosted by a 7.9 per cent increase in commercial revenue to £64.4million, while broadcast revenues fell 9 per cent to £43.3million.

Employee benefit expenses also jumped 23.1 per cent to £88.5million over the period ‘due to investment in the first team playing squad’.

This included a reported initial transfer fee of £12.9million to bring Ronaldo back to Old Trafford, with the Portuguese handed a two-year contract plus an optional year.

Other operating expenses for the quarter also jumped by 64.4 per cent to £26.8million. 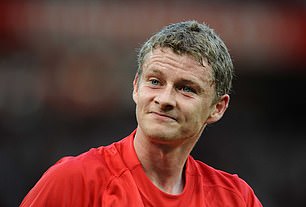 Ole at the wheel: Woodward says Solskjær and sixth place Utd’s ‘top priority is success on the pitch’

As net debt narrowed marginally to £439.7million, the club posted a loss per share equivalent to 9.53p.

Executive vice chairman of Man Utd, currently sixth in the Premier League with one win in the last five games, Ed Woodward said: ‘While these financial results today demonstrate our resilience through the pandemic, our top priority is success on the pitch.

‘The manager, players and everyone at the club are determined to achieve that objective.’

Manchester United shares are up 0.4 per cent in early trading in the US to $15.88. Shares remain down 3.8 per cent year-to-date.