Michail Antonio jets back to West Ham early from international duty with Jamaica with Hammers chairman David Sullivan forking out £100,000 on private jet to get him match-ready

West Ham chairman David Sullivan has paid £100,000 to fly Michail Antonio back from Jamaica a day early to ensure the in-form forward is ready for Saturday’s Premier League home clash against Wolves.

The Hammers striker played twice for Jamaica, scoring in Saturday’s 1-1 draw in El Salvador before firing in a 30-yard screamer against the USA on Tuesday. He was due back in London today but Sportsmail understands Sullivan hired a private jet to get the 31-year-old back a day earlier. 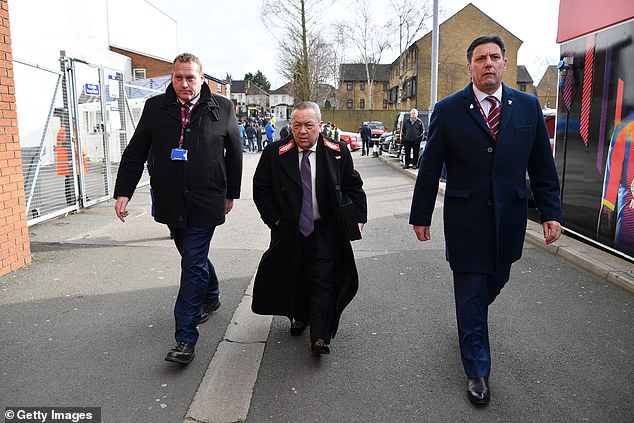 Hammers chairman David Sullivan (middle) hired a £100,000 jet to get him back one day early

Antonio has arguably been West Ham’s player of the season so far, scoring seven goals, and Sullivan has not hesitated in forking out to ensure the player has as much time as possible to recover and prepare to face Wolves.

The Hammers requested full written reasons from UEFA on Monday after being banned from selling tickets for their next away match in Europe — against Rapid Vienna a week today — and fined £29,260. 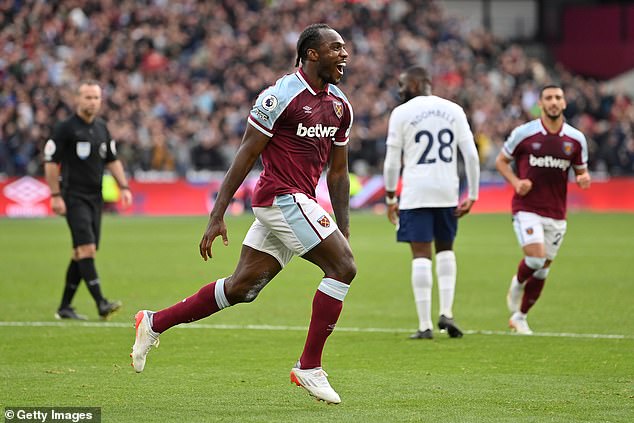 West Ham have since been provided with evidence of a ‘small number’ of ticketless Hammers fans causing disturbances after gaining entrance to the stadium for the 2-2 draw in Belgium.

West Ham said in a statement: ‘West Ham United condemn the behaviour of this group of individuals and we are working to identify them following their actions, which have now ultimately led to our supporters — the vast majority of whom behaved impeccably in Belgium — being punished and resulting in David Moyes’ team being forced to play in Austria without the backing of fans.’