Alfa Romeo boss Fred Vasseur has fired back at his driver Antonio Giovinazzi, following comments the Italian made after finding out he will be replaced for the 2022 season.

It was announced earlier this week that the Italian will be replaced by Guanyu Zhou who will become the first Chinese driver in Formula One history.

The 22-year-old will be partnered by Mercedes driver Valtteri Bottas, who will replace the retiring Kimi Raikkonen at the end of the season.

Taking to social media after the announcement of Zhou’s arrival, Giovinazzi expressed frustration that he felt he had lost his drive because of the financial backing from sponsors that the Chinese driver will bring.

Speaking on This Week with Will Buxton about Giovinazzi’s comments, Vasseur said: ‘Well, honestly, I think it’s important for him to close the chapter, at least on this season, doing well on track. 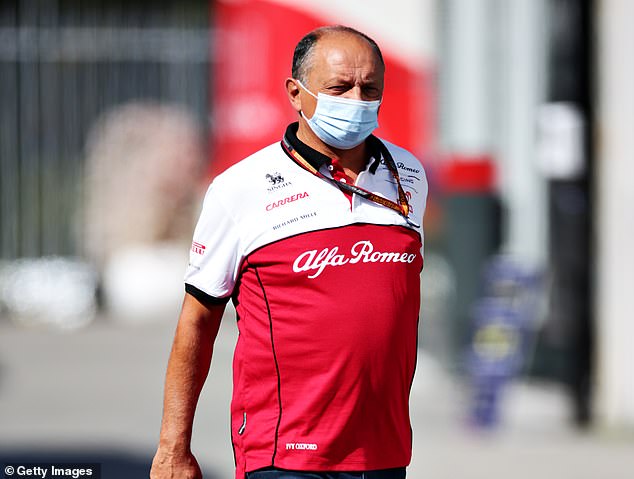 Giovinazzi has been with Alfa Romeo for three seasons and failed to finish ahead of 2007 champion Kimi Raikkonen in the standings over the past two campaigns.

Though he has often been quicker than the retiring 42-year-old this season, he has scored just one point and is again behind the Finn in the championship.

The Italian said after he lost his seat: ‘F1 is emotion, talent, cars, risk, speed. But when money rules it can be ruthless.’

Giovinazzi has had bad luck at various stages of this season which has prevented him from scoring more points. 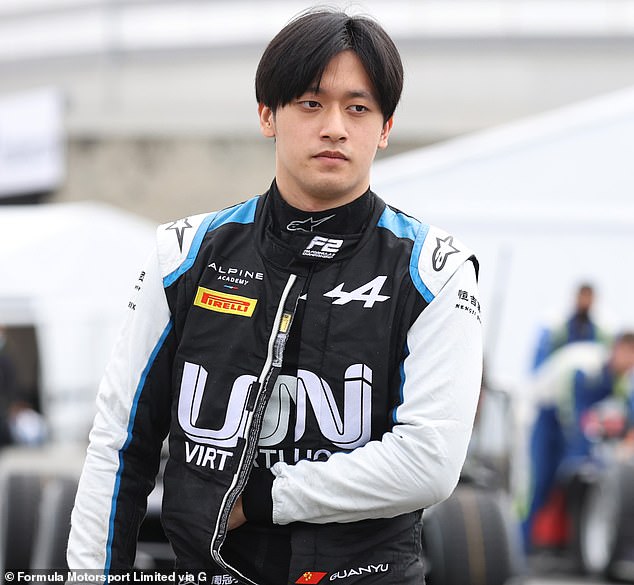 Guanyu Zhou, currently second in the F2 championship, will replace Giovinazzi in 2022

Though there has been some friction between him and the team in recent races.

He sarcastically said over the team radio after the Mexican GP: ‘Hey guys thanks for the great strategy,’ after an early pit-stop cost him any chance of getting points.

Alfa Romeo were previously left frustrated in Turkey, that the Italian ignored a team order to let Raikkonen through to try and score points.

Vasseur said the combination of rookie Zhou and the experienced Bottas was a great thing to have next season. 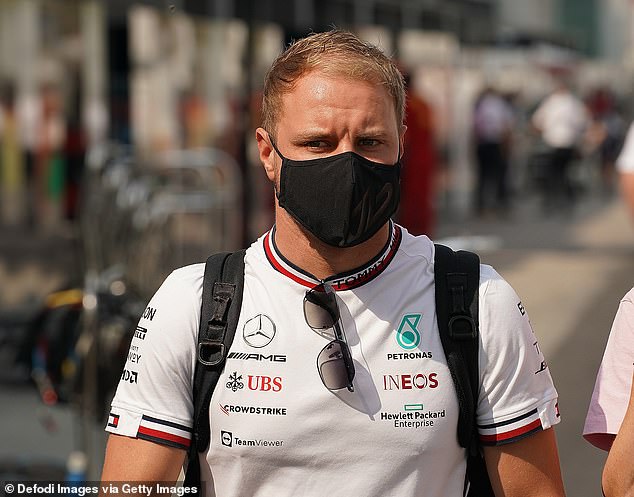 On Bottas, the team owner said: ‘I think for Valtteri it was important to have this position into a team. When you are the teammate of Lewis (Hamilton), you know perfectly that it won’t be an easy place, but you will be a little bit in the shadow of your team-mate.

‘I think it’s an important step into the career of Valtteri, even if we don’t imagine to fight with Mercedes next year.

‘The position into the team will be completely different and I think for him, and for his own perspective, this was an important step.’