Arsenal remain sweating on the fitness of their midfield general Thomas Partey, who faces a race to be fit in time to face Jurgen Klopp’s Liverpool.

The Gunners travel to Anfield for Saturday’s late kick-off, and remain in the dark as to whether key man Partey will be able to take to the field.

The 28-year-old missed the last match prior to the international break, against Watford, after complaining of a tight groin.

As a result he withdrew from duty with Ghana over the break, in order to work on his fitness and get closer to returning to match action.

Ainsley Maitland-Niles and Albert Sambi Lokonga were paired together for the win over Watford and would most likely start again, although Mohamed Elneny is another option, as report the Evening Standard. 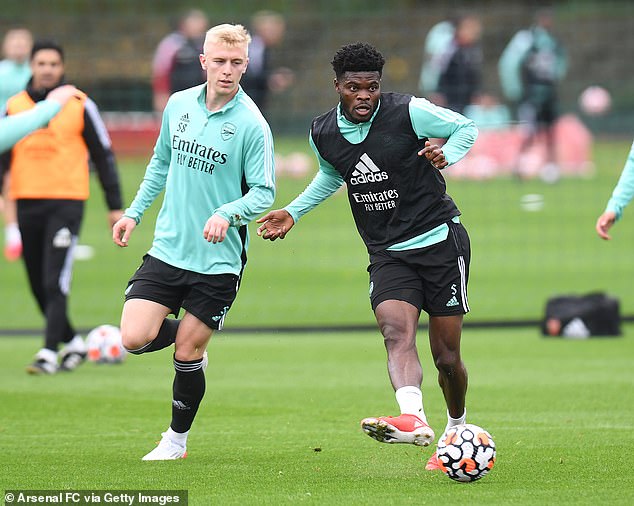 Arsenal head to Liverpool looking to extend their unbeaten run to 11 games, while the Reds are looking to bounce back after suffering a shock defeat to West Ham prior to the break.

After a poor start to the season, Arsenal have managed to pull off a stunning upturn in form under Arteta.

As things currently stand, only two points separates the Gunners and Klopp’s men.

After 11 matches played, Liverpool have 22 points compared to Arsenal’s 20.