The curtain has fallen on Frankie Dettori’s 36th season in the saddle but racing’s showman is not ready to close the chapter on his career.

The 50-year-old has ridden more than 3,000 winners, claimed three jockey championship titles and won each British Classic more than once.

For over three decades Dettori has been the face of the sport with fears over its future when Britain’s best-known jockey does eventually retire.

Jockey Frankie Dettori, who has opened up on his life in a new film, is not ready to retire 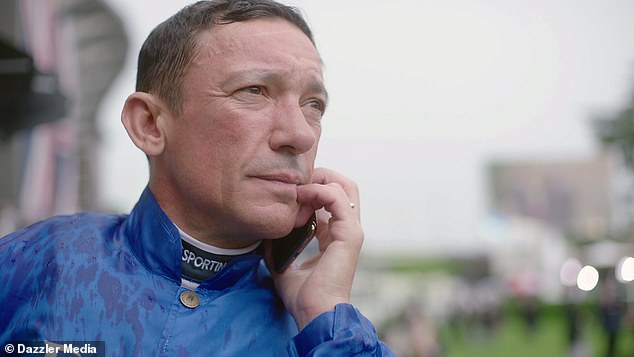 Although the Italian rider, who has lifted the lid on his life in his brand new film Dettori, insists that he is not willing to call it a day just yet.

‘I have no intentions of stopping at the moment,’ he told Sportsmail.

‘I take it a year at a time, is it three years, is it five years? I really don’t know.

‘At the moment I’m good. I feel healthy, I still get the good rides, I’ve still got a good job and I’m still enjoying it and that’s the most important thing. 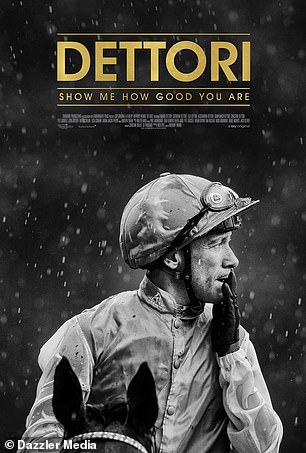 Dettori is out now in selected cinemas and Blu-ray, DVD & Download

‘In my job you won’t fall away from stopping, especially at my age because when I fall I break. Not because I fall different but my bones are hard. When you’re 20 they give a bit, now they don’t give at all, they just snap.

‘That’s the million dollar question everybody asks me – I really don’t know.’

The captivating jockey opens up on being sent to England by his father and former champion jockey Gianfranco as a young teenager, his urge to have fame and also relives the moment he was saved from a burning plane in a remarkable close-up of racing’s star.

Dettori fractured his right ankle and thumb when a plane heading for Goodwood, Sussex, crashed on take-off in Newmarket, Suffolk, 21 years ago. Pilot Patrick Mackey was killed.

Dettori is forever grateful for the quick-thinking of his close friend Ray Cochrane who rescued him from the blazing inferno. Earlier this month he found himself in a helpless position on course.

His mount in the Breeders’ Cup Juvenile Turf, Albahr, reared up and fell backwards in the stalls, but Dettori was able to walk away unscathed thanks to the fast reaction of a stalls handler. 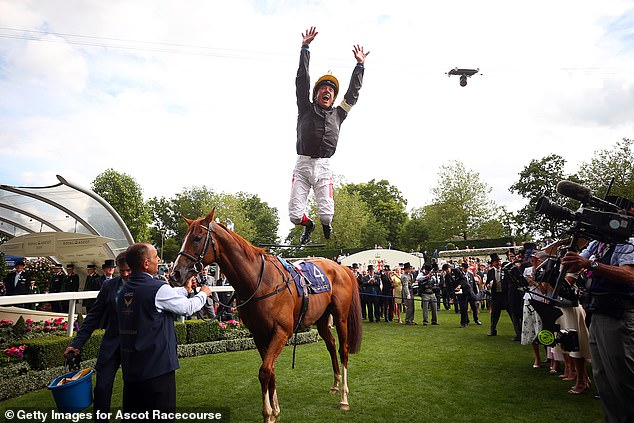 ‘I was lucky actually. If it wasn’t for the guy in the stalls who f***ing saved me I could have probably been mashed up because as the horse went up I had nothing to hold,’ Dettori recalled.

‘The guy dragged me out and the horse just landed backwards and he would have crushed me so I was lucky and the guy got a good kicking as well.

‘I saw him the next day, gave him a big hug and thanked him. That’s part and parcel of my job, you don’t know what’s round the corner.

‘I was pretty shook up back in the hotel. It dawns on you what could have happened. I could have spent the next six weeks in an American hospital, mashed up, so I was lucky.’

Despite the dangers Dettori still gets ‘excited’ and ‘nervous’ and has the ‘same desire’ leading up to the top races. 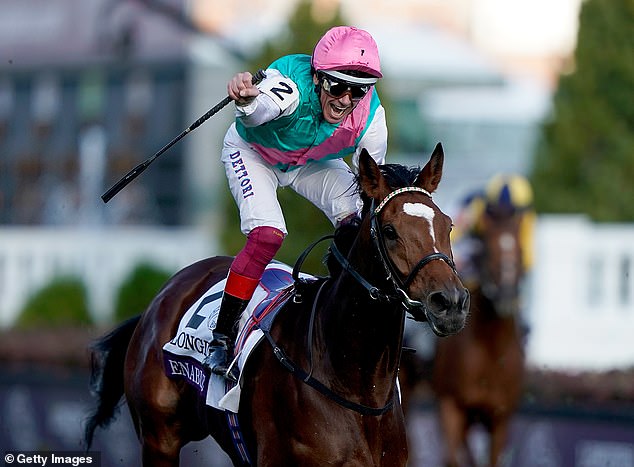 ‘They call it butterflies but I don’t really know what that means as I don’t feel like butterflies,’ he said.

‘My mouth is dry, my heart is beating fast, I guess that is butterflies. I still have the same kind of feeling so it’s good.’

He’s won the Derby twice, has 21 British Classics to his name and made history by becoming the first jockey to ride all seven winners at one meeting in 1996, but there’s one race that escapes him.

‘I’d love to win the July Cup. I’m a Newmarket kid, 36 years and it’s the only Group One that I haven’t won in England, on my own doorstep. I’d like to tick that box,’ he added.

‘It’s important. Newmarket has given me a lot and it’s something that has eluded me for many years. I think I was second four times so we shall try again.’

Dettori is set to be centre stage for a little while yet.

Dettori is out now in selected cinemas and Blu-ray, DVD & Download. Also coming to Sky Documentaries on December 4.