Gerrard signed a long-term deal as Villa boss earlier this month after leaving Scottish Premier League champions Rangers, with the 41-year-old unveiled by the Premier League club via a press conference on Thursday.

The former Liverpool and England captain will make his return to Anfield as the visiting boss on December 11 and Klopp admitted he will support Gerrard at Villa – until that Premier League encounter. 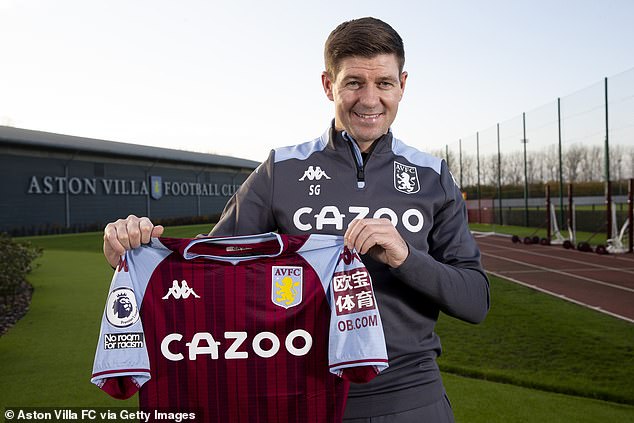 Klopp told the Liverpool website: ‘(I’m) really happy for him, to be honest. I know he loved the job at Rangers, but it’s how it is. When you have the opportunity to work in the Premier League, then probably each coach in the world would consider it.

‘With a club the size of Aston Villa, I can imagine he is really buzzing about it. It’s a great opportunity for him, it’s great for the club.

‘In a few weeks we will face each other. I texted him obviously and we had a few messages back and forth. It’s good, I’m really looking forward to it.

‘From now on I will watch Aston Villa games a bit closer, but apart from that when we meet them obviously then it’s different. But it’s good. 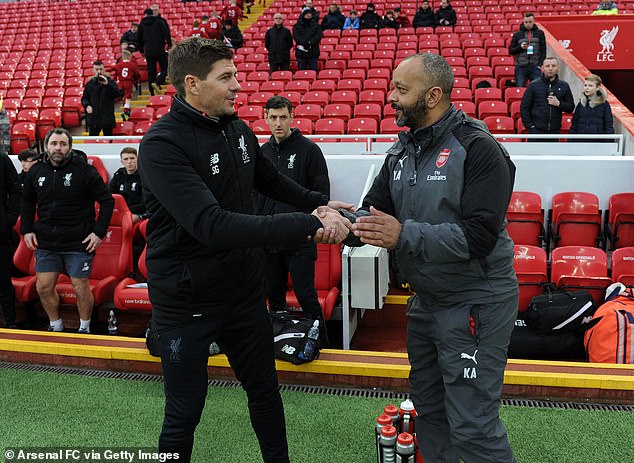 ‘That’s for him the same, it must be the same. For these 95 minutes all sentiments have to be put aside, that’s how it is. But, anyhow, it’s great news.’

Gerrard confirmed that he has been in touch with Liverpool boss Klopp since making the move to Birmingham, with the former Reds skipper admitting he has been in close contact with him since the German first arrived at Anfield in late 2015.

‘I’ve been in touch with Jurgen Klopp since day one,’ Gerrard told his press conference on Thursday. ‘We live in the same area and I bump into him when he’s walking his dogs. He is a great coach and I hope he stays for a long time.

‘He sent me a message saying he was looking forward to a big hug on the side on December 11 and it’s something for me to look forward to as well.’ 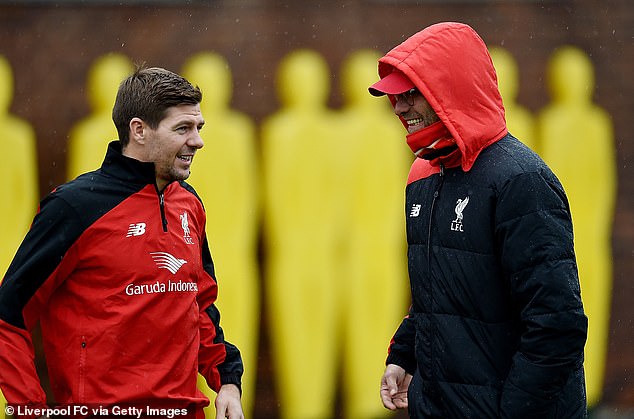 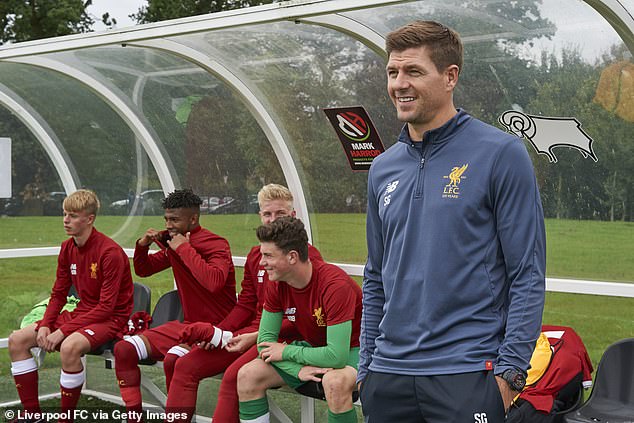 Several analysts and pundits believe Gerrard is in line to replace Klopp in the Anfield dugout when the German leaves at the end of his 2024 contract, but the former midfielder shut down any talk of Aston Villa being a ‘stepping stone’ towards the Reds role.

‘It’s very unfair to describe this as stepping stone, you will never hear me say that,’ said Gerrard. ‘I am really honoured and proud to be here. I’m all-in and I will give this job all it needs to be successful.

‘I am 100 per cent committed and so are my staff. There is nothing wrong with having dreams and aspirations.

‘Liverpool have a world-class coach in Jurgen Klopp. If he was to sign a lifetime deal right now I would be very happy for him and them.’