Rice, 22, has gone from strength to strength over the past 12 months, spearheading West Ham’s sensational ascent up the league table as well as starring for England during the Euro 2020 campaign.

Hammers boss David Moyes recently said that top clubs missed out on a £100million ‘bargain’ in his captain, sending a ‘hands off’ warning to the East London club’s rivals.

Meanwhile, Foden has been one of Manchester City’s stand-out performers under Pep Guardiola and is delivering on the promise that delighted legions of fans during England’s Under-17 World Cup triumph four years ago.

And Hoddle has lauded the two youngsters, insisting that the Three Lions are blessed with ‘unbelievable players’.

‘I think we’ve got some unbelievable players,’ Hoddle told talkSPORT.

‘I think Declan Rice is the best player in the Premier League, he’s going to get better and better. 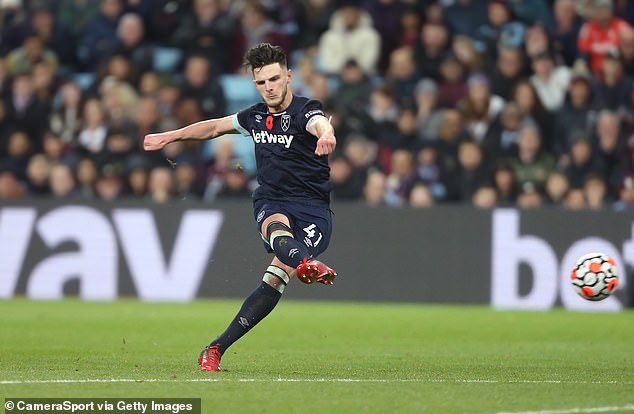 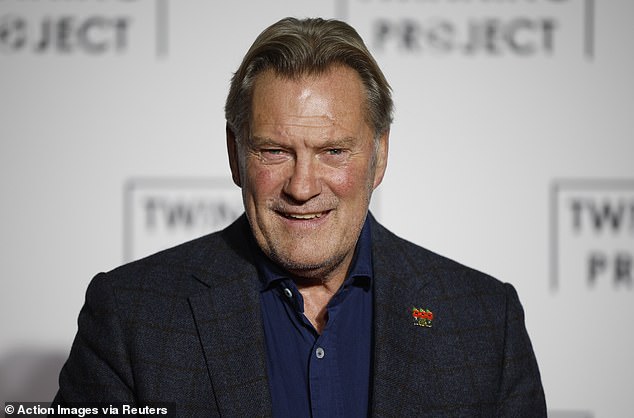 ‘For me, I think Phil Foden in three years time could be the best player in the world.

‘I think with England, the way we play, he’s got everything. He understands the game.

‘I saw him when he was 17, when they won the [2017] Youth World Cup, he was head and shoulders above anyone on the pitch.

‘He can score goals, he ends up in the six-yard box, he knows how to penetrate into the box, he’s an intelligent player. He really is. He’s got everything, for me.’ 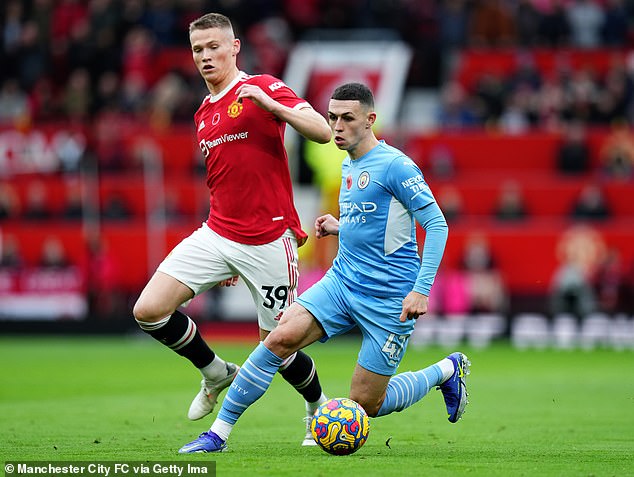 Elsewhere, Hoddle opined that Jack Grealish needs to adjust his game under Guardiola having made a slow start to life at City after making a £100m switch from Aston Villa in the summer.

‘Jack for me is a wonderful talent but the difference is if you look at him now, he probably isn’t enjoying his game as much as he did at Villa,’ he added.

‘He loves to hold the ball and take people on but Pep’s got him popping it off first time because he’s got so much talent around him. 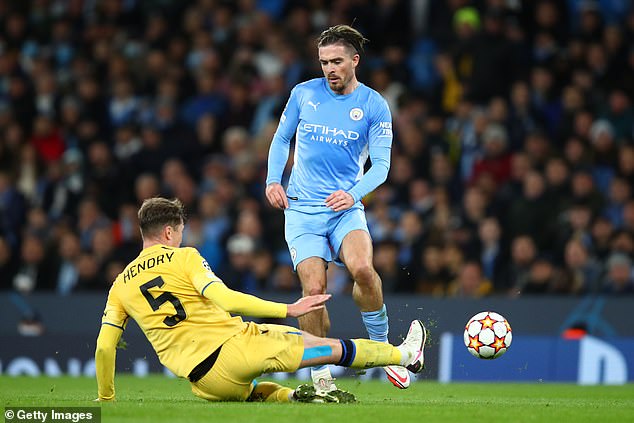 ‘At Villa, he was the danger man so if three players come over and he’s popping it off to someone, he’s creating space for people.

‘If he can do that a bit more, your De Bruynes and Fodens are going to get even better.

‘He’s got to adjust his game if he’s going to play in that role, but he’s got to become a real goalscorer and get into those positions.’