Sportsmail’s seven-point charter on how football MUST tackle the dementia crisis – where are we now 12 months after the first launch?

A year ago, Sportsmail launched our seven-point charter urging football to finally tackle its dementia scandal.

Changes are happening slowly but, as Chris Sutton points out, so much more can yet be done. Football has spent too long sitting on its hands and not pulling out a finger, now it is pressing to make up for lost time.

Twelve months on, we examine what has changed…

1 – Increased funding from the FA and PFA for independent research into dementia and its links to football, including £250,000 to facilitate another two years of the FIELD study.

The study, also backed by the FA, will come to an end in four months, but vital research will remain ongoing under Professor Willie Stewart at the University of Glasgow and elsewhere.

2 – The PFA to provide respite for families/carers of former professional footballers living with dementia.

4 – The PFA to help fund regular social events for people living with dementia and their carers.

In January, the PFA took major steps towards addressing these points in a major victory for the campaign — but more importantly a significant move which could help those in dire need.

In a wide-ranging statement, the union announced that a dedicated dementia department was to be created, which would assist in working with families and providing regular events for those living with dementia and vital respite for their carers.

Tireless campaigner Dawn Astle, whose father, former England and West Bromwich striker Jeff, was the first footballer to be diagnosed with chronic traumatic encephalopathy (CTE) — a type of dementia associated with repeated head impacts — following his death, was among those appointed as an adviser.

5 – Dementia to be formally recognised as an industrial disease.

While there is hope north of the border — with Scottish MPs calling for change, as this newspaper reports — there is a way to go for those with dementia to be able to claim disability benefits, with the industrial disease investigation ongoing.

The Premier League have been trialling permanent concussion subs since February.

But experts believe that temporary subs allow medics sufficient time to assess whether players should return to the pitch and that permanent subs may lead to a reluctance in players to leave the field of play. 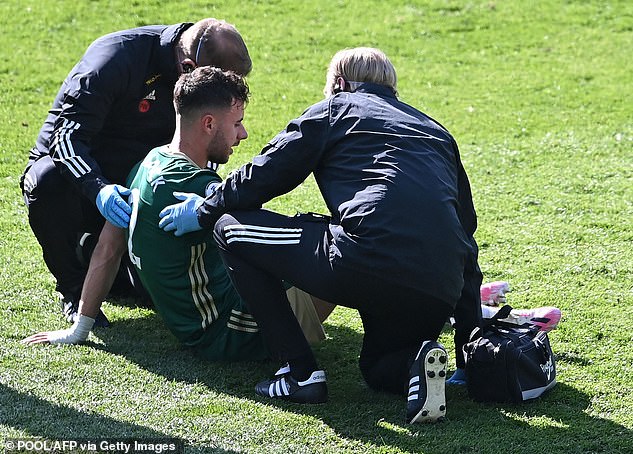 The Premier League have been trialling permanent concussion subs since February

7 – Clubs to limit heading at all levels including professional. Maximum of 20 headers per session in training. Minimum 48 hours between sessions.

In July, the Premier League, EFL, PFA and LMA announced heading guidance for every level of the pyramid. In the professional game, a maximum of 10 ‘higher force headers’ was recommended per week in training.