Wales are keen to ‘step up’ and show their strength in depth against Australia despite injury woes, says Nick Tompkins, with 19 PLAYERS set to be out after WillGriff John and Will Rowlands joined the absentees

Wales can prove their resilience against Australia when tested to the limit by injuries, according to centre Nick Tompkins.

Wayne Pivac saw forwards WillGriff John and Will Rowlands withdraw from the squad due to concussions on Wednesday, and faces late calls on the fitness of Josh Adams (calf), Aaron Wainwright (shoulder) and Tomas Francis (concussion) before he names his side for the Wallabies on Thursday.

Those selected must prove Wales have deepened their playing resources in recent years, as this weekend 19 players could be out injured, and Tompkins thinks if they beat Australia it will be a huge victory in the circumstances.

‘We desperately want to finish on a high,’ he said.

‘It shows that if there’s depth like that it’s pushing players that maybe would be in the team harder. It’s only going to get better for a national team and the squad.

‘You can only really look at it as a positive. I understand fans might be frustrated at the games, but other than the New Zealand one the others have been pretty close and it’s been there to win – especially the South Africa game, it could have been flipped on its head.

‘In time if we step up and show what we can do it’s a really good sign.’ 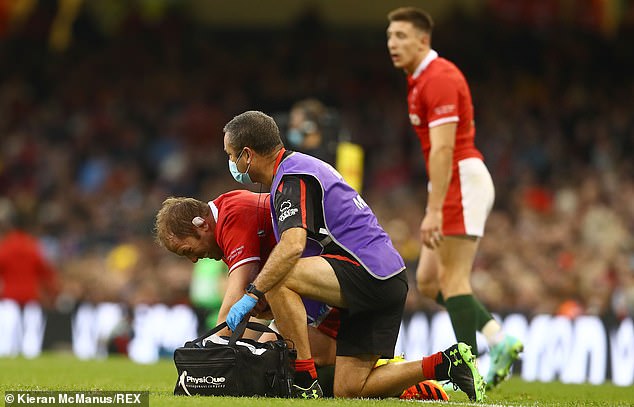 With the likes of Alun Wyn Jones and Ken Owens injured, Adam Beard and Ellis Jenkins have become key men.

‘They have had to step up, and have been doing so brilliantly,’ added Tompkins.

‘Ellis has been fantastic in the way that he talks and carries himself. He is a leader.’