Zlatan Ibrahimovic is set to extend his stay with Milan, according to reports in Italy.

The Swede, who rejoined the San Siro outfit in January last year, is out of contract in the summer but has continued to impress.

The 40-year-old has scored three times this season for Stefano Pioli’s side, who sit second in the Serie A table and are currently unbeaten.

He is currently the club’s top earner, taking home €7million (£5.87m) each year, and he looks set to maintain that distinction.

According to Gazzetta dello Sport – per Football Italia, an agreement should be reached with a minimal of fuss, with Ibrahimovic happy to stay on and Milan happy with his contribution this season. 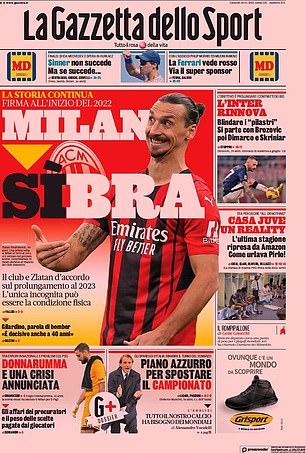 He is not the only player out of contract at the club however, and there are othe figures they would like to tie down first before settling their striker’s new deal.

Theo Hernandez, Rafael Leao and Ismael Bennacer are among those stars nearing the end of their deals which Milan see as a priority.

Two other stars – captain Alessio Romagnoli and midfielder Franck Kessie – are also on that list, but confidence in the pair signing new deals is waning.

Ibrahimovic is targeting one last hurrah next year by playing at the World Cup in Qatar.

Sweden had to settle for a play-off spot after a disappointing international break saw them lose to both Georgia and Spain, condemning them to the play-offs.

To make matters worse, Ibrahimovic will be foreced to sit out their semi-final, after he received a one-match suspension following a booking he picked up for a shoulder charge on Spain’s Cesar Azpilicueta. 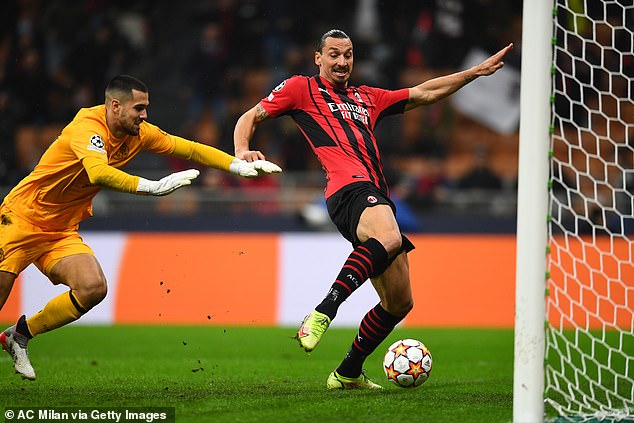