‘I don’t need to go to dinner with him or kiss his a**e’: Red Bull chief Christian Horner insists he has ‘NO relationship’ with Mercedes’ Toto Wolff and says there is ‘just competition’ as Lewis Hamilton and Max Verstappen go head-to-head

Red Bull chief Christian Horner insists he has ‘no relationship’ with his Mercedes counterpart Toto Wolff as their two teams scrap it out for the world title.

Max Verstappen has a 14-point lead over Lewis Hamilton ahead of the Qatar Grand Prix this weekend, with their rivalry heating up after the Brit reduced the deficit with a comeback victory in Brazil despite starting in 10th, and there was tension between the Mercedes and Red Bull after the Dutchman ran his rival off the track.

Horner and Wolff have also had friction in recent times after exchanging verbal blows during the race for the title, and the Red Bull supremo said there was ‘only competition’ between the pair. 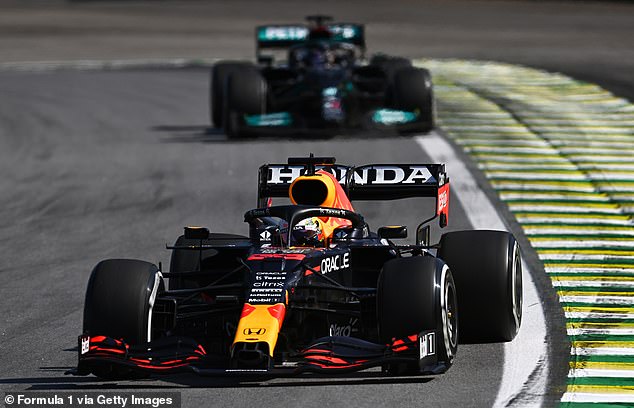 ‘There is no relationship. There is a competition,’ he said ahead of Qatar’s first Grand Prix on Sunday. ‘I was interested to hear Toto’s views after the sprint race on his team radio ‘[F*** them all].

‘It’s the first time they have been challenged. It’s been far the most intense, political fight we have been involved in.’

Horner hit out at Wolff last week for suggesting Hamilton and Verstappen’s title race could end in a ‘Senna-Prost’-style collision where one of them takes each other out in a last-ditch act of desperation.

And he reiterated his desire for a ‘fair fight’ between the two teams, while insisting he had respect for Mercedes and Hamilton’s achievements – but said that didn’t mean he had to ‘go out for dinner’ with Wolff. 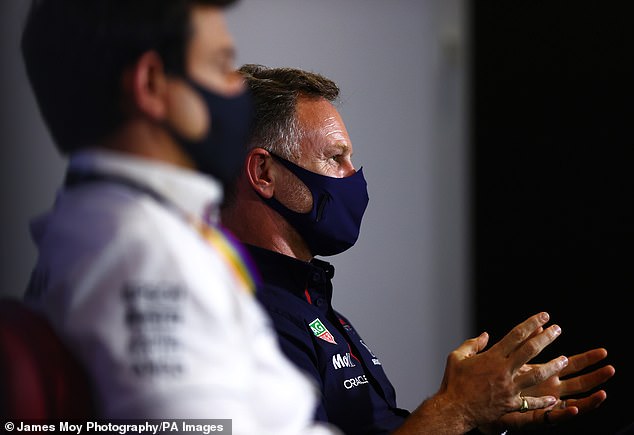 The pair have exchanged words this season, with Horner hitting out at Wolff after he said Max Verstappen and Lewis Hamilton could be involved in a ‘Senna-Prost’-style collision 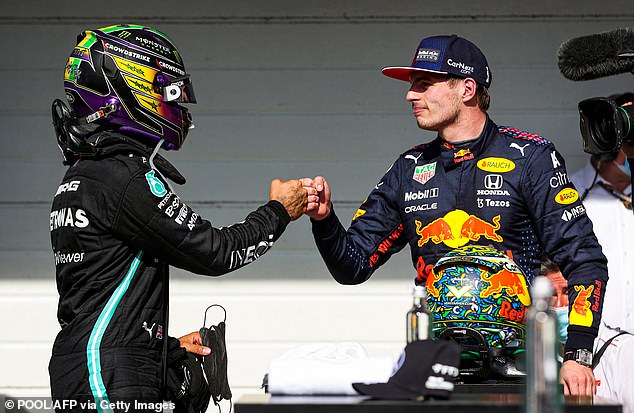 ‘Does our car comply with the rules? Absolutely. Do we have concerns over the gains in speed since Budapest that have been exponential in the last couple of races? Absolutely.

‘We want a fair fight. It shouldn’t be done in a stewards room or court of appeal. It needs to be done on track. There is too much at stake. We just want to make sure the playing field is level.

‘There is respect for everything Mercedes has done and what Lewis Hamilton has done but I don’t need to go to dinner with Toto and I don’t need to kiss his arse or anything like that. There are a few other team principals that might.’ 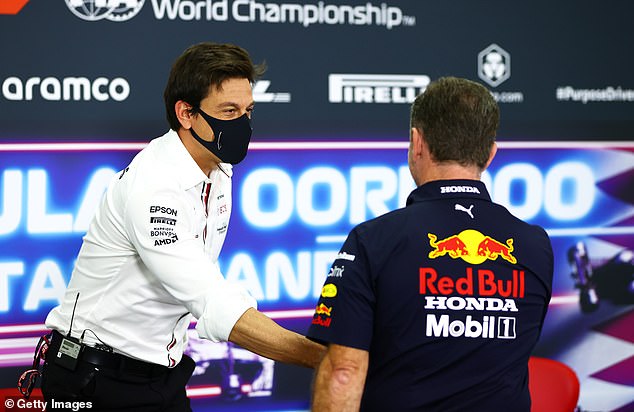