The international break is over and makes way for the Premier League as all 20 clubs gear up to begin their winter assault strongly this weekend.

Here, Sportsmail’s DAN MATTHEWS looks ahead to five things to keep an eye on ahead of this weekend’s round of matches.

1) Parallel worlds collide at Villa Park as Steven Gerrard returns to the top flight to find Graham Potter in the other dugout.

One built his armoury in the shadows of Scandinavia, the other played in the spotlight before hopping straight into the inferno of Rangers.

Now they meet as two of the most promising young coaches in the country. And two of the favourites to be the next England manager, surely?

2) Those professional irritants at Arsenal fan channel AFTV must be close to packing it in.

Not much to scream about these days: Arsenal are eight games unbeaten and Mikel Arteta’s side have gone three away matches without conceding a goal.

Not since 2005 have they managed four on the spin. Mind you, it’s been seven years since Liverpool scored fewer than three against Arsenal at Anfield. 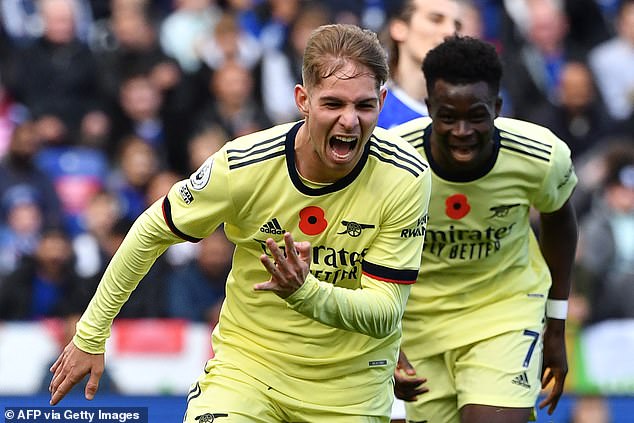 3) After nearly 500 days, Eddie Howe is back in a Premier League dugout.

His training sessions at Newcastle have been converted into ‘digital format’. Let’s hope ‘winning.doc’ wasn’t lost on a dodgy USB. Newcastle are none from 11.

One slice of optimism? Burnley and Norwich both picked up a first win against Brentford before the break.

He will have to watch from afar on Saturday, though, as he has tested positive for Covid. Assistant head coaches Jason Tindall and Graeme Jones will now lead the team as they go in search of their first win of the season.

4) A record-breaking day for Dean Smith.

Never before has a Premier League manager faced the same team (Southampton) in consecutive games in the same season — but with different clubs (Aston Villa and now Norwich). 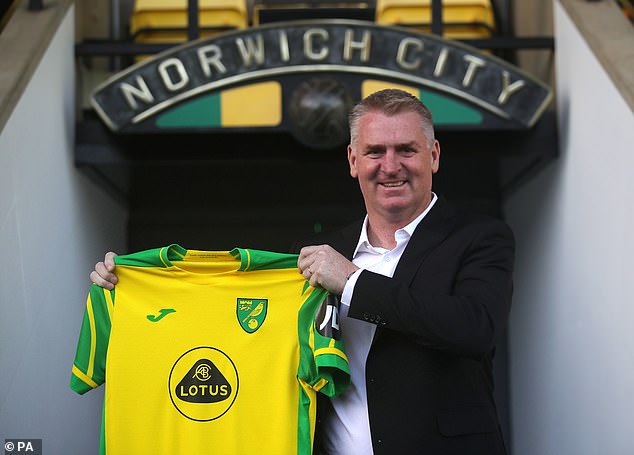 Dean Smith makes history this weekend as he faces the same rival in successive weeks, but with different clubs in the same season

5) For nearly a decade, tension and bitterness rumbled between Rafael Benitez and Sam Allardyce.

Very soon they could be bedfellows. Benitez takes Everton to Manchester City tomorrow looking to end a run of five Premier League matches without a win.

The last time they went six came in January 2018. The manager back then? You guessed it.