Used car values continue to surge and the average price of a second-hand motor is now 27 per cent higher than a year ago, according to the latest industry update.

Last week marked the 80th consecutive week that used prices increased, with the cost of second-hand motors – along with record fuel prices – being a major contributing factor to inflation increasing to 4.2 per cent in October, the highest it has been for a decade.

And that’s nothing on the biggest model riser, with the average advertised values for Land Rover Defender 90s more than doubling in the last year to a massive £79,000.

Inflated used car prices ‘show no sign of easing’: Average second-hand prices are 27% higher than a year ago, and used Land Rover Defender 90s are 104% pricier than in November 2020

The online platform says year-on-year used car price growth has risen four fold in the last six months, rising from a now relatively conservative 6.8 per cent in May 2021 – and ‘show no signs of easing’.

The huge acceleration in second-hand motor prices is a result of unprecedented consumer demand and a decline in used stock.

Shortages of new cars caused by limited semiconductor chip availability has drawn a growing number of motorists to to the used market, which in turn has triggered shrinking supplies of pre-owned vehicles.

In fact, there are 8 per cent fewer second-hand motors available for sale than the same week in 2019, according to Auto Trader.

The nation’s most-used second-hand-car platform says its traffic levels are 27 per cent higher than they were two years ago, with users spending 14 per cent more time researching the marketplace.

Further evidence of this exceptional demand is the faster speed at which retailers are selling cars.

Last week it took an average of just 27 days for stock to leave forecourts.

Although it’s a slight slow-down on the October average of 24 days, which is a typical season trend, it’s 16 per cent faster than the speed of sale recorded in 2019 (32 days).

Some retailers and sellers are taking advantage of the never-before-seen rise in demand, with prices of some models being dramatically inflated by a the current car buying environment.

That is certainly the case for the Land Rover Defender, especially short-wheelbase, three-door ’90’ versions.

The previous-generation 4X4 has been in hot demand since production of the utilitarian off-roader ceased in January 2016, while the new model is proving immensely popular but waiting times to get one is between 9 and 12 months.

Advertised prices have been hiked by 104.2 per cent in the last 12 months, with buyers expected to pay an average of £79,022 to get their hands on one.

Order new today and a range-topping five-litre V8 ‘Carpathian Edition’ will cost £106,090 – yet a number of used examples on Auto Trader are being offered in the region of £150,000. 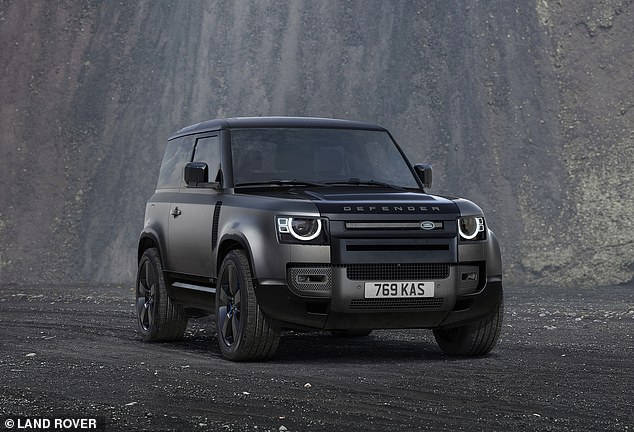 The five-door 110 version is experiencing similar used premiums, with the average used model advertised for £79,800 – up 43.6 per cent on a year ago.

Plenty of mainstream cars are also seeing huge used value increases in excess of 40 per cent year-on-year, including the Ford Focus, Skoda Octavia and Toyota Yaris.

‘To see such a huge increase in car prices in such a short period of time is truly remarkable and is indicative of the current perfect storm of exceptionally high levels of consumer demand coupled with very constrained new and used supply channels,’ explained Auto Trader’s data and insights director, Richard Walker.

‘Although inflation will always pose a threat to demand, based on the positive consumer metrics we’re tracking across the retail market, as well as broader economic factors such as the record number of job vacancies reported just this week, we don’t anticipate any significant easing beyond normal seasonal trends.

‘Accordingly, with such strong levels of demand, and no end in sight for the current supply challenges, we can expect the strong year-on-year price growth to continue well into next year.’

SAVE MONEY ON MOTORING