Scotland 29-20 Japan: Gregor Townsend’s side round off their Autumn internationals with a hard-fought win as Stuart Hogg becomes the country’s record try-scorer

Captain Stuart Hogg thrilled another capacity crowd at BT Murrayfield as he became Scotland’s leading try-scorer of all time in a 29-20 win over spirited Japan.

The Exeter full-back had moved level with Iain Smith and Tony Stanger on 24 tries for the national team when he scored a double against South Africa last weekend, and his first-half touchdown against the Brave Blossoms took him clear on his own on a day when he also became the Scots’ fourth most capped player.

The victory means Gregor Townsend’s side have won three out of four Tests in their Autumn Nations Series and ended a largely progressive 2021 on a high note. 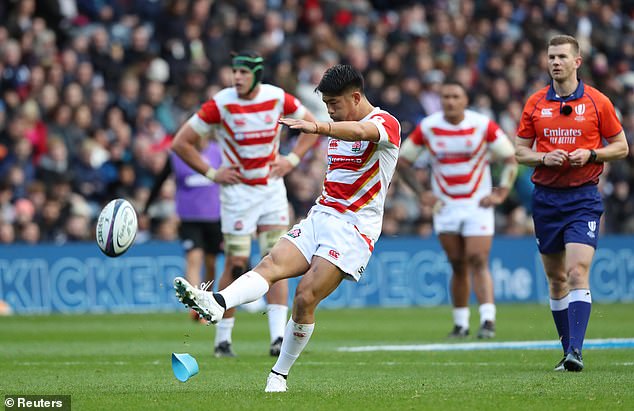 The Scots made a positive start when Duhan van der Merwe collected the ball following a rolling maul and pushed his way over in the left corner, with Finn Russell’s conversion attempt coming back off the post.

Japan notched their first points of the match in the 11th minute as Rikiya Matsuda kicked a close-range penalty after Scotland were penalised for using hands illegally in a ruck.

The hosts gave away too many penalties throughout, and they had a let-off in the 15th minute when Matsuda sent his kick agonisingly wide of the posts from a tight angle after Chris Harris did not roll away after a tackle.

The Scots were not so fortunate in the 26th minute when they once again failed to roll away, and Matsuda made no mistake in launching his penalty between the sticks from a central position, edging the Brave Blossoms in front. 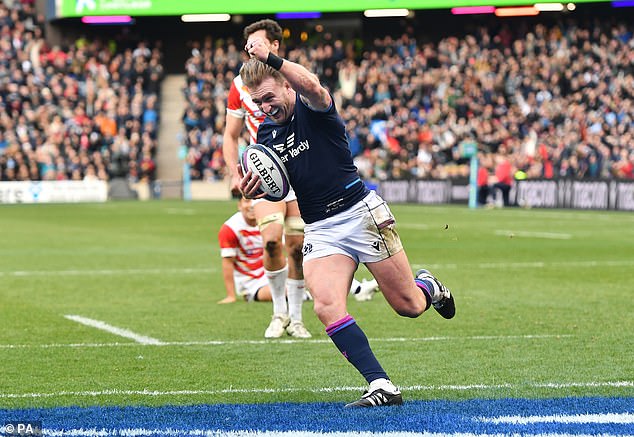 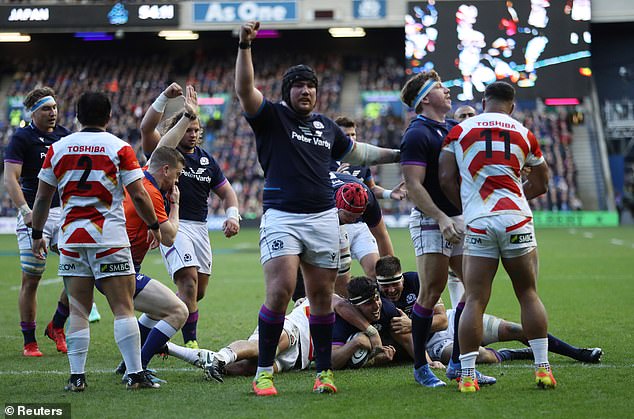 A minute later, however, Hogg took a pass from Russell and darted over the line, punching the air in delight before touching down for his record-breaking try. Russell did the honours with the conversion.

In the last action of the first half, the Scots were on the scoreboard again when Darcy Graham received a pass from Russell wide on the right and stepped inside two Japanese defenders before dotting down over the line. Russell duly converted to give the hosts a commanding 19-6 lead at the break.

The second half got off to a bad start for Scotland as Jamie Bhatti, making his first start in more than two years, was sent to the sin-bin in the 42nd minute for not rolling away. Matsuda successfully kicked his penalty from in front of the posts.

Japan reduced their arrears further in the 46th minute when Matsuda booted his fourth penalty of the afternoon after Scotland were called for offside. 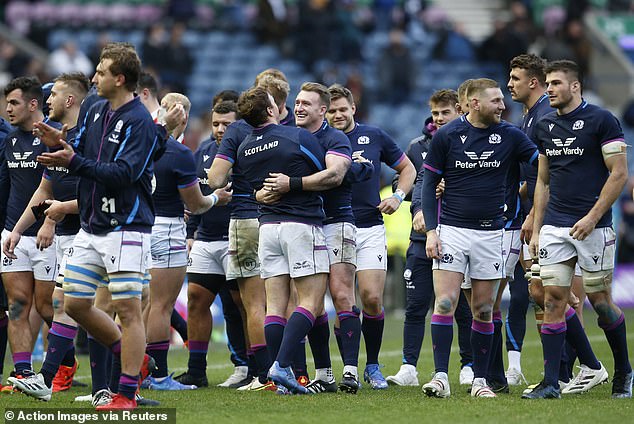 Scotland held on to win 29-20 against the Brave Blossoms at Murrayfield Stadium, Edinburgh 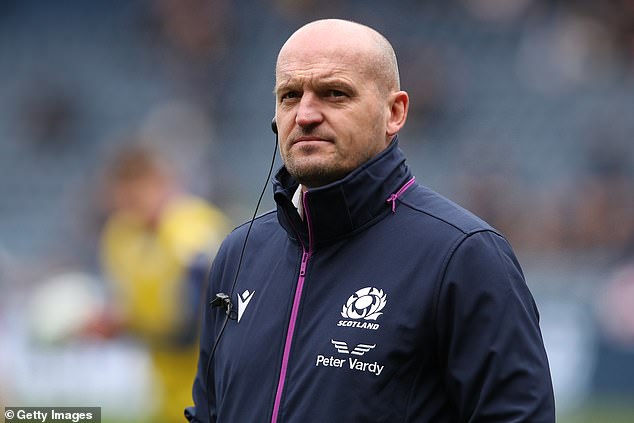 Scotland reasserted themselves in the 54th minute when Stuart McInally, who had just entered the pitch as a replacement for George Turner, forced his way over from a lineout on the left. Russell kicked the conversion.

Japan were not finished, however, and Tevita Tatafu brought them back into contention with their first try of the match in the 64th minute after the Scots failed to deal with a lineout. Matsuda, from a great position just to the right of the sticks, sliced his conversion attempt wide.

Matsuda was given another penalty opportunity from an almost identical position eight minutes later and this time he made no mistake, bringing Japan within a converted try of victory.

Any Scottish nerves were eased in the 79th minute, however, when Russell kicked a penalty to effectively seal victory against a Japan side who had ended their World Cup dream a little over two years previously.