‘It was a strange game,’ said Ismaël who watched his side lose for a fourth time in a row away from home.

‘You can lose a game and deserve it but today when you watch the whole 90 minutes it was a good game for us.

‘There were two penalties we could have had and a red card that was never a red card. But even with 10 men we tried to the end to score.

‘We dominate opponents but we need to score to win. 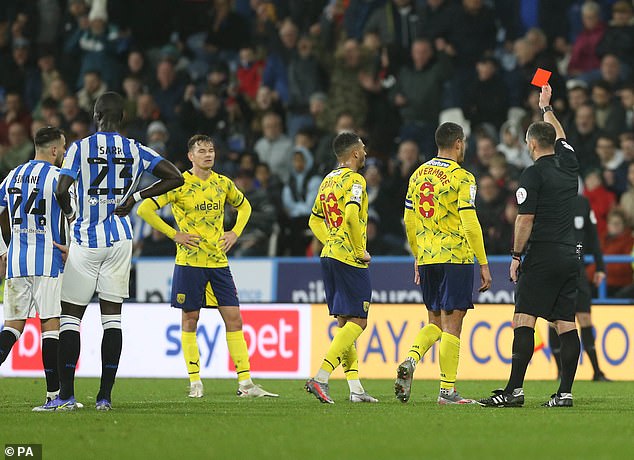 ‘We have the mentality to score at any time. The final passes, the quality, the focus and the desire. We are frustrated and have to transform that on the pitch.

‘We need to be less hectic in our decision-making and have a massive desire to score. We just need that killer instinct to score a goal.”

Albion are expected to appeal the red card shown to Livermore for a high foot in the second half. 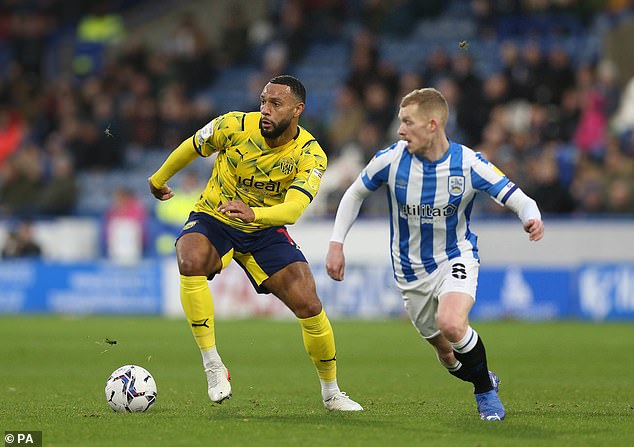 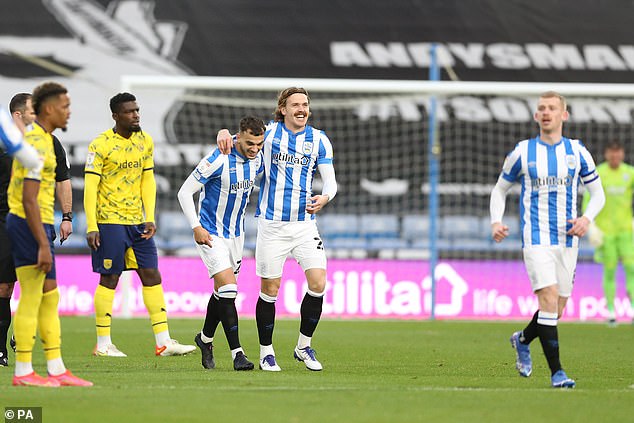 ‘The footage of the foul is clear.

The defeat leaves The Baggies eight points behind second-placed Bournemouth but Town’s win puts them right back in the mix behind the chasing pack.

‘We knew how tough and how difficult it was going to be.

‘Physically, technically and mentally it was very hard today.

‘We knew they are a team that you can’t lose concentration and focus against.

‘Our understanding was good but we couldn’t impose ourselves enough and use the room the gave us.

‘Everyone was really good.

The only target this year is to be a competitive team against any kind of opponent and I’m still learning how to prepare for these very demanding games.

‘When you are playing at support of the fans is key.

‘The fans create a very positive atmosphere that help the team to compete well.’