Gabriel Jesus scored a 76th-minute winner as Manchester City beat Paris Saint-Germain 2-1 at the Etihad Stadium to take their place in the Champions League knockout stages as Group A winners.

Kylian Mbappe fired PSG into a 50th-minute lead but City drew level when Raheem Sterling poked home at the back post.

Riyad Mahrez floated a ball to Bernardo Silva at the far post and the Portuguese midfielder showed a deft touch to cushion the ball to Jesus who picked his spot.

Ederson – 6 – Will feel he could have done better for Mbappe’s goal, which went through his legs.

Kyle Walker – 8 – Some brilliant recovery runs to stop PSG on the counter-attack and provided the assist for Sterling’s goal.

John Stones – 6 – Almost gifted PSG a goal before half-time – was lucky Mbappe blasted over the bar.

Ruben Dias – 7 – Great tackle on Messi in the second half. Another solid night for the reliable centre back.

Joao Cancelo – 6.5 – Got drawn into the middle to leave Mbappe free for the goal but continues to look a threat going forward. 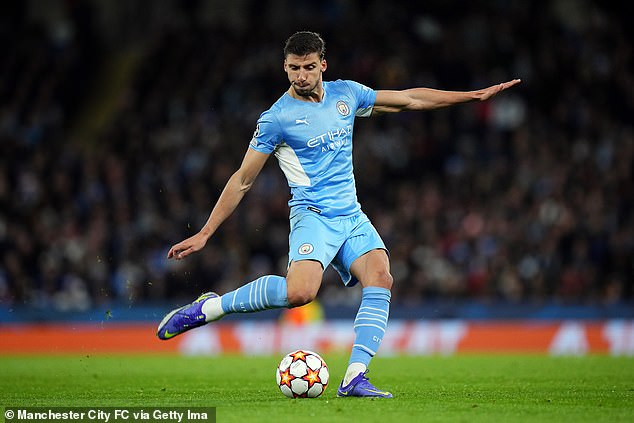 Oleksandr Zinchenko – 6 – Came close to opening the scoring in the first half and was unfortunate to be substituted early in the second.

Ilkay Gundogan – 7 – A constant nuisance going forward. Came agonisingly close to scoring when his shot hit the post in the first half.

Riyad Mahrez – 7 – Lively first half and went close to opening the scoring. Faded slightly as the game went on but his cross to Silva helped create the winning goal/

Raheem Sterling 7.5 – In the right place at the right time to equalise. Now three goals in three games for the forward.

Bernardo Silva – 7.5 – Kept the ball moving in the final third and produced a delightful touch to set up Jesus to score the winner. 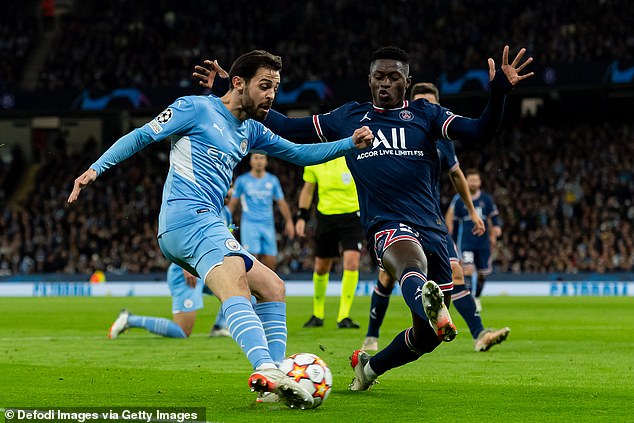 Manager: Pep Guardiola – 7 – His side dominated possession and could have been out of sight by half-time. Bringing on Jesus proved crucial as he provided the clinical touch for the winner.

Subs: Jesus (for Zinchenko 54) 7 – Lively off the bench and made the desired impact with the winning goal.

Keylor Navas – 6.5 Made some good saves in the first half. Couldn’t do much for either of City’s goals.

Achraf Hakimi – 7 Helped keep his side in the game with a couple of last ditch clearances. Not able to get forward as much as he would have liked.

Marquinhos – 7 – Made a fantastic block from Zinchenko in the first half but was unable to prevent City eventually scoring.

Presnel Kimpembe – 7 – Cleared Rodri’s header off the line in the fifth minute and put in a commanding performance.

Nuno Mendes – 6.5 Given a difficult time by Mahrez in the first half but linked up with Messi to create Mbappe’s goal. 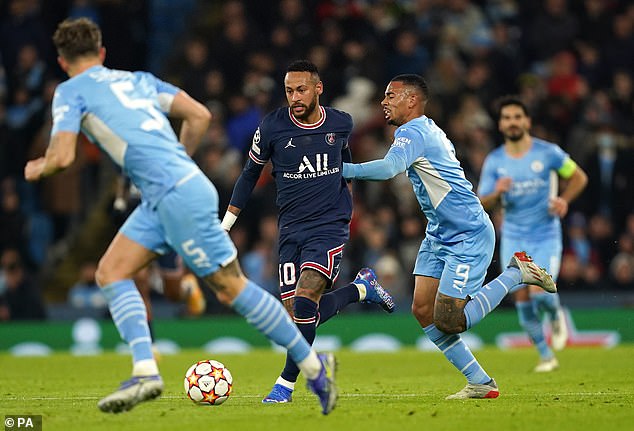 Leandro Parades 6 – Given the runaround by City’s midfield and didn’t offer a great deal going forward.

Ander Herrera – 6.5 Some important tackles to break up City’s attacks but went off injured on the hour mark.

Idrissa Gueye – 6.5 – Swept up play well in the second half and PSG looked more vulnerable when he went off.

Neymar – 6 – A quiet and frustrating night going forward and wasn’t too keen on getting back to defend. Missed a big chance at 1-1.

Lionel Messi – 6.5 A mixed showing for the star man but played his role in PSG’s goal with the pass that set up Mbappe.

Kylian Mbappe – 7 – Missed a great chance to score just before half-time but made up for it with a brilliant finish at the start of the second. 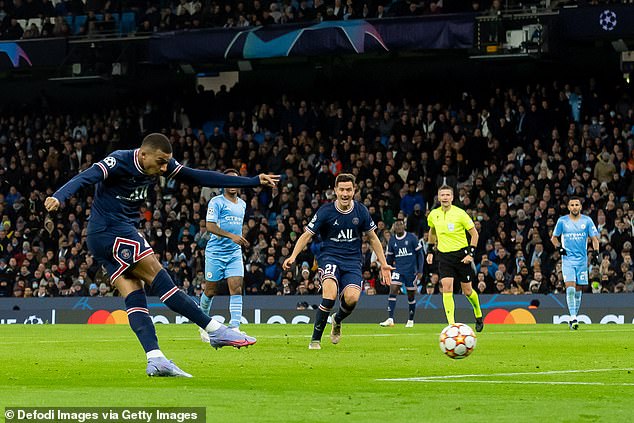 Manager: Mauricio Pochettino – 6.5 – Set his side up to defend and play on the counter but they were second best for the majority.

Referee – Daniele Orsato 6 – Let a lot of things go which meant the game continued to flow. Not drawn into giving soft free-kicks to either side.