Bath have asked Exeter fans not to wear Native American-style head-dresses at the derby match this Friday night as the Chiefs review their branding.

Sportsmail has seen correspondence sent to Exeter supporters by Bath requesting them not to bring any ‘Native American cultural symbols’ to The Rec for the match, having been asked to do so by their own fans.

While not an outright ban, Bath have made their stance clear and said fans wearing head-dresses are ‘disrespectful’.

Bath are the second club to make this demand of Chiefs fans, who have not been encouraged to wear Native American gear by Exeter, after Wasps publicly outed them for their branding earlier in the season.

It comes as Exeter are preparing to ditch their logo, after consulting their membership this week who were ‘overwhelmingly’ in favour of a re-brand.

Chiefs fans travelling to the game were sent an official email by Bath, seen by Sportsmail, which reads: ‘We have been asked this week by our supporters to review the wearing of cultural symbols such as Native American head-dresses and the imitation of Native American chanting at our games. 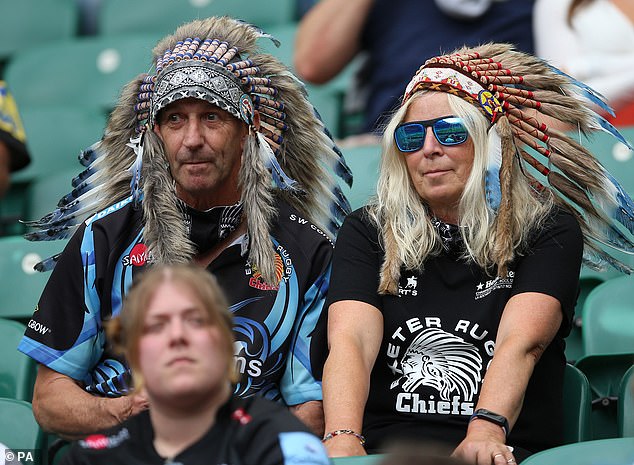 ‘In order to get this review right, we will be speaking to our supporters over the coming weeks to work and learn together on how to approach this matter.

‘What we do understand is that head-dresses are sacred symbols within the Native American culture. The head-dress worn by most non-natives are an imitation of the ones worn by many Plains nations.

‘Within their culture, head-dresses cannot be easily owned or worn by just anyone. They represent achievements and honours earned in a specific way and are heavily restricted as to who is awarded such status.

‘Therefore, people who are able to respectfully wear these symbols are limited to natives who have earned a head-dress from a Plains nation, or people who have been given permission to wear one. 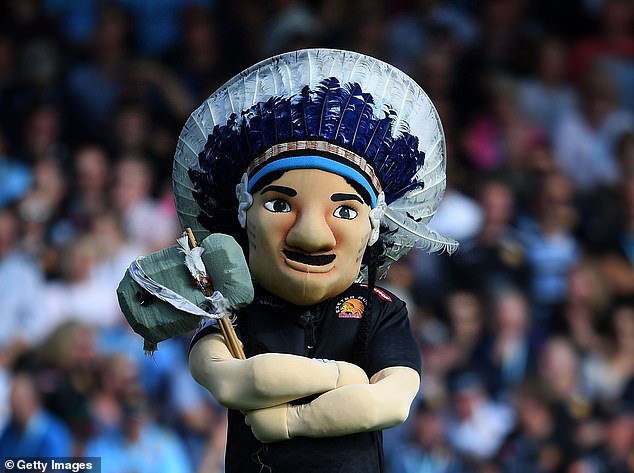 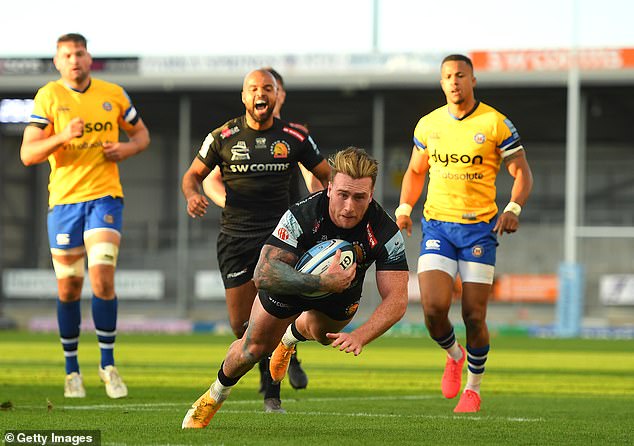 ‘Anything other than this is felt to be disrespectful to the native culture.

‘We are therefore asking all supporters to refrain from wearing Native American cultural symbols such as head-dresses at our ground this evening.’

As Sportsmail has reported the Exeter board – headed by owner Tony Rowe – have been encouraged to align themselves more with Iron Age chiefs, and are spending time looking into the historical significance of the Dumnonii tribe who lived in Devon and Cornwall.

The board are meeting again in December, and will conduct further research ahead of that before deciding whether making links with the Dumnonii are appropriate, or whether their re-brand should take them in another direction.