Front row entertainment! Andy Carroll scores on his first start for Reading before hilarious celebration with his team mates while using the corner flag as a fake oar… after the former Liverpool star fired home from Danny Drinkwater’s assist

Andy Carroll marked his first goal for Reading with a bizarre celebration, which involved the former England striker mimicking rowing a boat.

The 32-year-old joined the Championship outfit last week and wasted no time in making his presence felt, scoring Reading’s second as the Royals won 3-2 away at Swansea.

The former Newcastle, Liverpool and West Ham forward controlled a floated pass from Danny Drinkwater, before holding off the challenge of Rhys Williams and beating Swansea keeper Ben Hamer with a smart finish.

Carroll, who scored 54 goals in 248 Premier League appearances, then proceeded to celebrate by grabbing the corner flag and using it as an oar as he pretended to row.

The Reading striker sat down as he carried out his elaborate celebrations and was soon joined by some of his teammates, who looked a mixture of bemused and entertained.

Carroll had been a free agent since he was released in July at the end of his second spell at Newcastle. 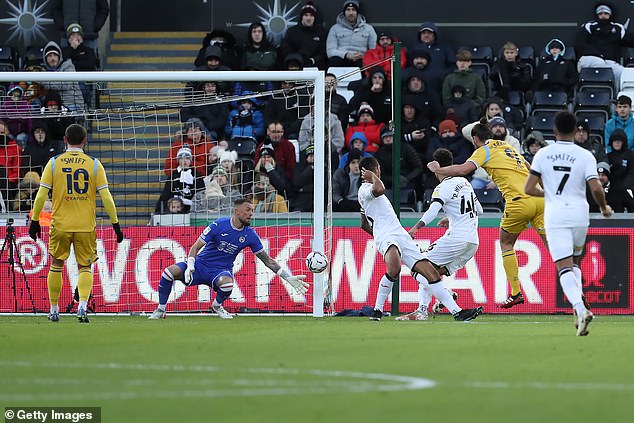 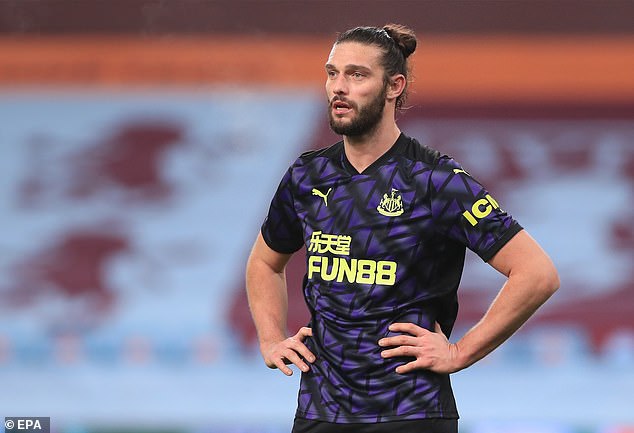 Having signed a short-term contract with Reading that will keep him in Berkshire until January earlier this month, the Geordie striker came off the bench for the Royals for the 1-1 draw against Nottingham Forest and the 1-0 defeat against Sheffield United.

Drinkwater, another of Reading’s former Premier League stars, also got on the scoresheet, netting the winner as the visitors moved four points clear of the relegation zone.